Aergo price prediction: What is AERGO?

Can Aergo return to the heights it enjoyed in 2021?

The Aergo cryptocurrency has been around for quite a while and the coin and its associated blockchain network have a fair few devotees and supporters. But what is Aergo (AERGO)? Here, we will explain that and also take a look at the Aergo price prediction

Aergo is a system that is designed to combine both public and private blockchains in an attempt to help businesses and governments. The network allows decentralised application (DApp) development, as well as operating on an open-source protocol, meaning that it can be transparent for its users. How the system operates depends on what sort of blockchain you are using. The ultimate aim is, according to the white paper, to start a “new era of mass market usage of blockchain. An era where businesses can benefit from both public and private blockchain innovation, while focusing on building, deploying and managing new services.”

The blockchains make use of the AERGO crypto coin in order to operate. AERGO is used to run smart contracts, be used to reward people who validate blocks and be used as payment. The coin can also be bought, sold, and traded on a range of cryptocurrency exchanges.

Aergo was founded in 2018 by the South Korean company Blocko, which describes itself as “ a commercial blockchain infrastructure provider offering organisations the ability to design, deploy, and manage digital services on a secure distributed network”. Blocko’s CEO, Won-Beom Kim, was also responsible for setting up the Aergo system and, by extension, the Aergo coin.

AERGO is not to be confused with ergo (ERG), which is the native token of a system that aims to provide blockchain-based contracts.

Now, it is time to examine the Aergo price history. While past performance is never any indicator of future results, knowing how the coin has behaved in the past can help us both make and interpret an Aergo price prediction.

When the coin launched in late 2018, it was worth about $0.12. It soon dipped, which is not unusual for seemingly overvalued new cryptocurrencies, but it then confounded what was a pretty static crypto market by booming in early 2019, reaching heights of just over $0.46 in early April. Aergo then slid back down the price charts and went below $0.10 in August and stayed below that psychologically important mark for the next 18 months or so.

When the crypto market experienced a significant boom in early 2021, the rising tide lifted Aergo’s ship and, by the middle of February that year, it was back above $0.10. The coin’s bull run culminated in an all-time high of $0.5553 on 2 April. There was, ultimately, nowhere to go but down from there and the downturn, which saw the coin dip to points below $0.30 in the middle of May, was exacerbated by the Great Crypto Day Crash of 19 May and the coin was sent below $0.10 in late June. There was some recovery in July, but it was not until August that the coin traded consistently at above $0.20. Early September saw a pleasant surprise for AERGO investors, when the coin hit an intraday high of $0.515. There was a fallback, but the coin ended up staying above $0.30 for the first half of the month before it dipped down at September’s close.

October saw more volatility but the trend was upward, with it popping over $0.40 at some times in the earliest part of the month before settling back down to close at $0.3206. The crypto market blossomed in early November, but Aergo did not perform spectacularly. It was, however, at the end of the month – when most cryptos were being hit by market uncertainty related to the Omicron variant of Covid-19 – that Aergo blossomed, closing November at $0.4183 before hitting a periodic high of $0.4691 on 2 December. That was as good as it got, and Omicron caught up with Aergo eventually and it closed the year at $0.2406.

On 2 January, the coin rallied to hit an intraday high of $0.302, but it was all downhill from there, closing the month at $0.1967. While the coin climbed above $0.20 in early February, it dipped down and Russia’s invasion of Ukraine sent it down to a low of $0.1469 on 24 February. Aergo was able to recover, however, and it closed the month at $0.2189. There was some more growth in early March and the news that Aergo was to be listed on the Coinbase exchange meant that it traded at around $0.24 on 9 March. At that time, there were a little over 362.46 million AERGO in circulation out of a maximum supply of 500 million. This gave it a market cap of around $86.5m (£65.6m), making it the 400th-largest crypto by that metric.

Let’s take a look at the Aergo crypto price prediction. It is worth noting at this stage that price predictions, especially when it comes to something as volatile as cryptocurrency, are very often wrong. Also, longer-term crypto forecasts are often made using an algorithm, which can change at any time.

Before we finish, some final thoughts. Firstly, the Aergo crypto is in a bit of a strange position. It is clearly strong enough that it is not automatically lost in the general sea of weird and wonderful altcoins, but it is also not so big that it can be seen as a major player. Potential investors may note that it has been like that for some time now, and it is hard to see what can take it to the next level, at least in the short term. Secondly, for a system that aims to work with businesses and governments, its white paper is all too mired in technical jargon. If Aergo wants to reach out to potential new clients, it could do a better job of explaining things to people who are not technological experts. Thirdly, linking in to the first point, it is somewhat unclear what might make Aergo stand out from possible competitors. That isn’t to say that the coin and the network can’t be a success, but it is worth keeping in mind if you want to invest. As ever, it is good to be cautious.

How many AERGO are there?

Is Aergo a good investment?

It could be. The coin has risen overall over the course of 12 months, although it is very much unclear whether it can top what it did in early April 2021. If you want to invest in this crypto, you will have to do your own research and never invest more money than you can afford to lose.

Will Aergo go up?

It might do. However, it is worth noting that cryptocurrency can be highly volatile, so there is just as much of a possibility that it could go down, too.

Should I invest in Aergo?

This is a question that only you can answer. Before you do so, you will need to do your own research, remember prices can go down as well as up, and never invest more money than you can afford to lose.

What is SUSHI coin: Your ultimate guide
The material provided on this website is for information purposes only and should not be regarded as investment research or investment advice. Any opinion that may be provided on this page is a subjective point of view of the author and does not constitute a recommendation by Currency Com Bel LLC or its partners. We do not make any endorsements or warranty on the accuracy or completeness of the information that is provided on this page. By relying on the information on this page, you acknowledge that you are acting knowingly and independently and that you accept all the risks involved.
Crypto Exchanges
АWin-Win
referral programme
Learn more 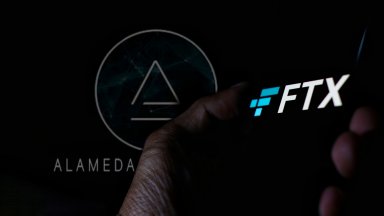 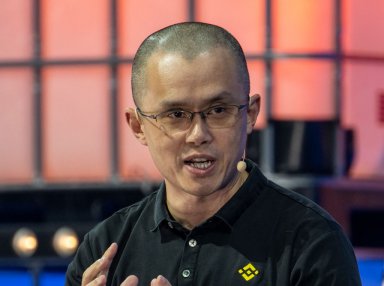 Binance CEO: Crypto investors should not absolve themselves of all responsibility