Ant Financial Services, the most valuable private tech unicorn in the world, has ruled out any suggestion that it will pursue an initial public offering in 2020 and is instead focusing its efforts on bringing mass-market financial advice to its Chinese userbase.

In an interview with Yahoo Finance, Ant Financial’s president of international business Doug Feagin, stated: “We don’t currently have any timeline for an IPO. We’re just focused on growing our core business.”

Following the disappointing stock market performance of American unicorns such as Uber and Peloton coupled with WeWork’s disastrous IPO bid this year, many commentators had looked to Ant Financial to buck the trend in 2020.

Unlike these aforementioned companies, the subsidiary of Chinese ecommerce giant Alibaba has much stronger fundamentals. Its core product, the mobile payments wallet Alipay, has 1.2 billion accounts, with 900 million in China and 300 million in emerging Asian markets such as India, Indonesia, Thailand and The Philippines.

Feagin observed: “We’re quite busy with the markets we’re in” before adding: “We’re pursuing our globalization step by step, and we’re very pleased with what we’ve done in Asia.”

While it may be preparing a westward expand by partnering with American firms such as Walgreens and Neiman, Ant Financial is also preparing to further revolutionise the spending and saving habits of the Chinese people.

On Thursday it reaffirmed its ambition along with the U.S. fund manager Vanguard Group, “new streamlined and broadly available investment advisory service to retail consumers in China.”

The company’s chairman and CEO Eric Jing, stated: “Alipay is committed to making finance more inclusive for individuals and small and micro businesses through technology.”

If the expansion into America gathers pace and the partnership with Vanguard proves successful, then Ant Financial could well pip rivals such as Goldman Sachs to the post in the race to provide mass-mark financial services across the world. 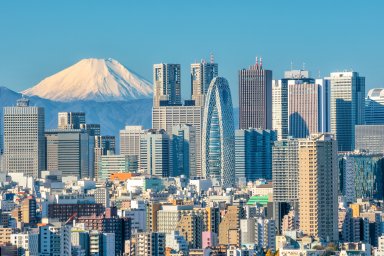