Bank of England deputy compares crypto crash to the Hindenburg

The deputy governor of the Bank of England has compared the recent slump in cryptocurrency prices to the Hindenburg airship disaster, stressing the need for greater regulation.

Speaking at the British High Commissioner’s residence in Singapore, Sir Jon Cunliffe observed that “the majority of crypto-assets in circulation today” are in the same category as assets that have no intrinsic value.

He said: “Financial assets with no intrinsic value – that is to say with no real economy assets backing them and no means of generating revenue – are only worth what the next buyer will pay. They are therefore inherently volatile, very vulnerable to sentiment and prone to collapse.”

Dissenting from the notion that Bitcoin, the world’s largest cryptocurrency, could be a digital equivalent to gold, Cunliffe added: “Technology does not make assets with no intrinsic value a safe or a one-way bet.”

Deputy governor doubts that the crypto winter will help the industry

Cunliffe, who is currently responsible for financial stability at the United Kingdom’s central bank, stressed the multiple instances in history in which technologies had been put aside or shunned due to dramatic early failures.

He added: “While the causes of the Hindenburg Zeppelin disaster are still debated, it is very probable that the general development of the use of hydrogen in transport was put aside for decades as a result.”

Unlike Ethereum co-founder Vitalik Buterin, Cunliffe (a former economic adviser to Gordon Brown) doubted whether the recent slump in the crypto industry will prove to be a long-term boon, encouraging the development of better products and businesses.

Cunliffe said: “A succession of crypto-winters will not, in the end, help the deployment and adoption of these technologies and the reaping of the benefits that they may offer.”

Instead he called for the development of a better regulation and risk management framework in order to let the industry “really flourish” and to secure the benefits offered by technological change.

El Salvador’s Bitcoin wallet handles $52m in remittances
The material provided on this website is for information purposes only and should not be regarded as investment research or investment advice. Any opinion that may be provided on this page is a subjective point of view of the author and does not constitute a recommendation by Currency Com or its partners. We do not make any endorsements or warranty on the accuracy or completeness of the information that is provided on this page. By relying on the information on this page, you acknowledge that you are acting knowingly and independently and that you accept all the risks involved.
Bitcoin Cryptocurrency
АWin-Win
referral programme
Learn more 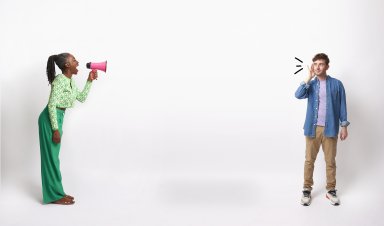