Bored Ape Yacht Club (BAYC) has donated $1m to help Ukraine with the network matching the contributions made to the country by its members.

“It’s been inspiring to see our community come together in support of Ukraine – almost $1m in ETH has been donated to Ukraine by wallets containing a BAYC ecosystem non-fungible token (NFT). Today we’re matching that with a $1m ETH donation of our own,” tweeted Yuga Labs, creator of the BAYC network.

According to London-based blockchain analysis provider Elliptic, the wallet for the Ukrainian government has received more than $60m from 71,000 donations in cryptocurrencies so far.

Meanwhile, Yuga Labs has filed several trademark applications in an attempt to protect its Bored Ape brand, as more merchandising products, such as gadgets and themed stores, enter the marketplace.

The trademark applications generally cover items relating to NFTs and digital collectables, but they have also extended to clothing, footwear, jewellery, toys, skateboards and alcohol, including wine and beer.

The applications have also covered online games, which follows the launch of a pilot BAYC game that could see the network roll out its own play-to-earn game in the metaverse.

The BAYC network has also signed a partnership with US Web3 and crypto developer Horizen Labs to design and release the Bored Ape token.

Horizen Labs co-founder and CEO Rob Viglione said: “This purchase is a sign of our strong partnership with the Bored Ape Yacht Club and our growing role in developing the Web3 space.”

Ukrainian media launches NFT campaign to fund war reporting
The material provided on this website is for information purposes only and should not be regarded as investment research or investment advice. Any opinion that may be provided on this page is a subjective point of view of the author and does not constitute a recommendation by Currency Com or its partners. We do not make any endorsements or warranty on the accuracy or completeness of the information that is provided on this page. By relying on the information on this page, you acknowledge that you are acting knowingly and independently and that you accept all the risks involved.
NFTs
АWin-Win
referral programme
Learn more 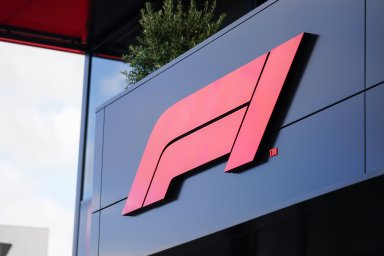