News&Features Features THE YEAR IN REVIEW: The star financial markets of 2019 - the great risers

THE YEAR IN REVIEW: The star financial markets of 2019 - the great risers

Crypto, commodities and equities have had a record year, but which is the best performing asset? We find out.

2019 has been a year of almost non-stop action for the financial markets, marked by the twists and turns in the US-China trade debacle, geopolitical highs and lows and the eternal quest for yield. But which have been the stars of this year? We take a look.

Stock markets have hit record highs this year, a raft of headline-grabbing merger deals have pushed individual companies’ share prices through the roof in some cases, and growing confidence that the cessation in trade hostilities between the US and China has kept money flowing into hard commodities, such as oil or copper. So which assets did best in 2019?

Which crypto did best in 2019 (no big surprise)

The undisputed star of 2019 is Bitcoin. The price of the world’s largest cryptocurrency by market capitalisation has doubled this year to just shy of $8,000 (£6183, €7218). Compare that to 2018, when Bitcoin soared to record-highs of nearly $20,000, only to come crashing back to earth, and losing nearly 75 per cent of its value by the end of last year.

Many who had bought into Bitcoin found themselves burned, but, where the financial markets are concerned, memories can be short.

Daily volume in Bitcoin has risen four-fold over the course of this year to around $24bn, on a par with the turnover seen as the price was rattling towards $20,000 in late 2017.

Stricter regulation and more ways to trade cryptocurrencies have created greater market depth and helped to smooth some of the volatility that has characterised the crypto-universe. A growing number of retailers accept Bitcoin as a form of payment. Crypto has gone mainstream.

Our next stand-out performer hails from the commodities and energy complex. Precious metal palladium, platinum’s more industrial little sister metal, has risen by 42 percent this year to record-highs above $1,800 an ounce, making it more valuable than gold. This rally has trounced the 29-per cent increase in gasoline futures and the 28-per cent rise in Brent crude oil prices.

Palladium is used predominantly in the catalytic converters of gasoline-powered vehicles to lower the amount of emissions released. Tougher legislation on air quality has rapidly increased demand as catalysts require ever-higher amounts of palladium in order to meet the prevailing environmental standards.

Palladium is highly sensitive to global trade and the tariff dispute between its two largest markets - the US and China - has injected a lot of volatility into a market that already had a reputation for being something of a price-rollercoaster.

Still, the forecasts are pointing to another potentially strong year for palladium prices.

If you put your money in the stock market this year, your portfolio has almost certainly seen some fairly handsome returns, particularly if you picked the United States.

All three major indices - the S&P 500, the Dow Jones and the Nasdaq, have hit record highs. But it has been the tech sector and, in particular, those companies that have been at more risk from the US-China tariff dispute, that have gained the most in 2019, having bounced back from the more bearish environment of 2018.

This has made the tech-focussed Nasdaq, home to Apple, electric vehicle giant Tesla and social media groups such as Facebook or tv subscription service Netflix, the best-performing stock market of the developed world, with a whopping 36-per cent gain.

A potential runner-up has been France’s CAC-40 blue-chip index, with a gain of over 28 per cent, topping the 26-per cent gain in Germany’s DAX index or the 24-per cent rise in the value of the S&P 500 across the Atlantic.

The foreign exchange market also has its stand-outs for this year, but generally does not see the kind of percentage gain (or loss) that the stock or commodity markets do. Looking at the most widely traded currency pairs this year, the dollar is by far the best performer, having gained against virtually every major currency except the pound.

The dollar’s biggest gain has come at the cost of the Swedish krona, having risen by nearly 7 per cent so far this year. The pound has risen by 5 per cent against the euro, largely thanks to a greater degree of clarity over the terms of the planned departure of the United Kingdom from the European Union. Against the dollar, sterling has risen by 2 per cent this year.

Will the markets see a repeat of 2019 next year? Click here to read our “2020 and beyond” price predictions series and see what may lie in store for the major markets.

Germany 30
Trader sentiment (on leverage)
Daily change
15415.2
Low: 15358.2
High: 15495.8
Sell 15415.2 Buy 15426.1
Sell 15415.2 Buy 15426.1
The material provided on this website is for information purposes only and should not be regarded as investment research or investment advice. Any opinion that may be provided on this page is a subjective point of view of the author and does not constitute a recommendation by Currency Com or its partners. We do not make any endorsements or warranty on the accuracy or completeness of the information that is provided on this page. By relying on the information on this page, you acknowledge that you are acting knowingly and independently and that you accept all the risks involved.
Bitcoin
АWin-Win
referral programme
Learn more 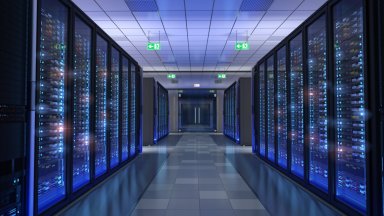