The Iron Titanium Token, or Titan, was part of Iron Finance

Billionaire investor Mark Cuban, owner of the NBA team Dallas Mavericks,  says he was “hit” when the decentralised finance (DeFi) token he invested in plunged from $64 to near zero in one day.

The token in question, the Iron Titanium Token or Titan, was part of Iron Finance, an algorithmic-stablecoin project which crashed from Wednesday’s high of $64 to $0.000005717 yesterday afternoon.

Cuban said on Twitter that he too was affected by the collapse in Titan’s price, but that he managed to get out before the major crash took place, after gauging that the token was overvalued.

Responding to a tweet asking whether he “rugged” or “got rugged” on the token, Cuban said: “I got hit like everyone else. Crazy part is I got out, thought they were increasing their TVL (total value locked) enough. Then bam.”

Following his experience, Cuban said in a letter to Bloomberg that he had read about Titan, “decided to try it”, then “got out” before getting back in when the TVL started to rise back up.

“As a percentage of my crypto portfolio it was small. But it was enough that I wasn’t happy about it,” he said.

“But in a larger context it is no different than the risks I take angel investing,” Cuban added. “In any new industry, there are risks I take on with the goal of not just trying to make money but also to learn. Even though I got rugged on this, it’s really on me for being lazy.”

Cuban, who is also a co-host of the US television series Shark Tank, said there needs to be more crypto regulation regarding DeFi and stable coins.

“There should be regulation to define what a stable coin is and what collateralisation is acceptable”, he said.

“Should we require $1 in US currency for every dollar or define acceptable collateralisation options, like US treasuries?” he went on to say.

“To be able to call itself a stable coin? Where collateralization is not 1 to 1, should the math of the risks have to be clearly defined for all users and approved before release? Probably, given stable coins most likely need to get to hundreds of millions or more in value in order to be useful, they should have to register.”

Cuban has been in the crypto world for quite some time now, with a particular interest in DeFi. Indeed, some people have suggested the Iron Finance token has become more known because of him.

Cuban wrote an opinion piece on his blog which explains the DeFi world from his perspective. He emphasised that yield farming via staking and liquidity providing are the main features of DeFi, and  said that when it comes to the economy, he believes DeFi could be the “next great growth engine.”

“What makes running a DeFi exchange so much better than a traditional centralised financial business of this and any kind is that rather than the owners of the business, investors and their creditors putting up capital for all the transactions to take place, liquidity providers do it for them”, he noted.

He also spoke about his interest and investments in other DeFi and blockchain projects such as Polygon, which provides tools that enable transactions using their Ethereum/Solidity smart contracts. In order to do this, the platform charges a fee per transaction which is paid for using their Matic token, Cuban explained.

Iron Finance, which at one point had over $2bn in total value locked on Polygon, now has under $240m, according to the protocol’s dashboard. 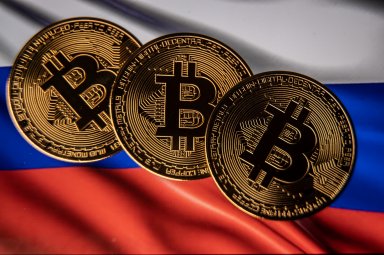