News&Features Features New Bitcoin all-time high set at $50,000 – what could happen next?

Can this extraordinary bull run continue, or are we near the end of the line?

Last year, several influential crypto analysts were boldly predicting that a Bitcoin all-time high of $50,000 would be hit at some point in 2021.

Such a price target seemed ambitious back then. Yes, Bitcoin had managed to head into the high $20,000s as December drew to a close, but those with long memories pointed to 2017 – when BTC tumbled by 80 per cent after setting a new record at $20,089.

This time things are different, and right now, we’re in a bull run like no other. Just six weeks into 2021, and the latest BTC all-time high stands at $50,341.10. There have long been fanciful suggestions that Bitcoin will one day enter six-figure territory – but with every month that goes by at the moment, such forecasts seem less and less outlandish.

As often happens when Bitcoin sets a new record, the world’s biggest cryptocurrency retraced slightly – returning below $49,000. Generally, it takes a few attempts to crack a psychologically significant milestone in a meaningful way – and this subsequently creates an opportunity to set an even higher record further down the line.

Once Bitcoin’s highest price is set, there can also be a period of consolidation, with BTC’s value taking a tumble. This is often linked to investors using this opportunity to take profit off the table – and convert some of their paper gains into physical cash. Selling pressure is to be expected, and in some cases, analysts believe that it can be perfectly healthy.

Bitcoin ended up taking a breather after it hit highs of $42,000 in early January – and at one point, it fell close to $30,000 as institutional interest appeared to wane. Three weeks on, and the cryptocurrency has bounced back – recouping all these losses and entering new territory.

So… why is Bitcoin so high at the moment? Well, a series of big announcements have helped create a flurry of optimism that digital assets are finally going to break into the mainstream – and demand from publicly listed companies and investment funds has contributed to a supply squeeze.

Last week, BTC broke $42,000 with relative ease after Tesla announced that it had revised its investment strategy so it could buy Bitcoin worth $1.5bn. This prompted speculation that other major companies would follow suit – and indeed, one Twitter executive went on the record to confirm that the social network is examining whether it needs to add BTC to its balance sheet. America’s oldest bank got in on the action by revealing that it’s going to offer a crypto custody service for high net worth individuals. And on the consumer side of things, Mastercard fuelled excitement further by declaring that it will allow its one billion users to make payments using crypto with millions of merchants in its network. It’s highly likely that other fintech giants such as Visa will now follow suit.

Bitcoin’s highest price is likely a reflection of all of these upbeat headlines. Retail traders who have jumped into the market for fear of missing out will also be playing a role. And let’s not forget the impact of the big firms that have been early adopters in this space. MicroStrategy is borrowing aggressively to ensure that it can buy more Bitcoin, while Grayscale Investments is continuing to snap up BTC far faster than it can be mined.

As you’d expect, reaction to the Bitcoin all-time high price has been triumphant to say the least. Anthony Pompliano – who has repeatedly said that he believes $1m is possible one day – tweeted:

Crypto trader Scott Melker also took a moment to reflect on the significance of this Bitcoin all-time high. He wrote:

But the likes of CNN have also pointed out that Bitcoin isn’t alone in posting wild gains – with its reporter Paul R. La Monica describing the current market madness as a “rally of everything”, with stocks and commodities also surging amid growing optimism concerning the rollout of coronavirus vaccines.

Joe Biden’s upcoming stimulus package has also played a major role in the run-up to Bitcoin’s all-time high. Aggressive quantitative easing pursued by the Federal Reserve ultimately increases the amount of dollars in circulation, weakening the greenback as a result. One of BTC’s most appealing attributes is linked to how the supply has been capped at 21 million, with some describing the digital asset as a powerful hedge against inflation.

Will there be another Bitcoin all-time high?

As you’d expect, there’s a lot of optimism surrounding where BTC is heading next. But there are notes of caution too – volatility goes both ways, and we could see some rather unpleasant crashes interrupt Bitcoin’s moves higher.

For many in the crypto sector, the ultimate goal is for Bitcoin to continue stealing market share from gold – and given how cryptocurrencies are favoured over precious metals among millennials, the momentum is firmly with BTC.

With a current market cap of about $919bn, BTC has less than 10 per cent of gold’s market cap. If Bitcoin managed to achieve parity, this would result in a price of about $500,000 per coin. Pro-crypto billionaires such as Tyler and Cameron Winklevoss have said for years that this is achievable – arguing that BTC offers a number of advantages over gold. They include the fact that crypto is a lot more portable than bars of bullion, and the fact that there’s certainty over its supply.

Of course, there are naysayers out there. One of the biggest criticisms surrounding Bitcoin concerns the staggering levels of electricity that this cryptocurrency uses when processing transactions and releasing new coins. BTC’s carbon footprint is now on a par with New Zealand – and every year, the Bitcoin network uses as much electricity as Chile. This is only going to increase as the blockchain is used more to process transactions, and as newly minted Bitcoin becomes harder and harder to find.

Let’s not forget the other risk that Bitcoin faces in the future: regulation from central banks and governments. India is already exploring drastic measures that will ban its citizens from trading cryptocurrencies altogether – and some high-profile figures from the world of banking, including JPMorgan’s Jamie Dimon, have suggested that the US could do the same.

Despite the dizzying gains Bitcoin has enjoyed, inherent risks remain. As a result, you should only ever invest what you can afford to lose.

FURTHER READING: Bitcoin price analysis for February 15-21: the coin could correct to $40,000 this week 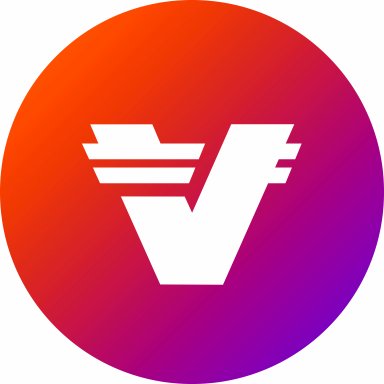