Having sunk to its lowest level since February, bitcoin’s downward momentum was arrested on Monday morning after Elon Musk clarified that Tesla had not yet sold any of its substantial bitcoin holding.

The cryptocurrency market suffered a significant hit over the weekend, as Musk continued to publicly criticise Bitcoin.

The first and largest cryptocurrency in the world had already fallen significantly in the preceding days after the Tesla CEO announced that the carmaker would no longer accept payments in bitcoin due to concerns over its impact on the environment.

Musk nonetheless made clear his support for cryptocurrencies in general and reaffirmed in a tweet that Tesla would not sell off its substantial bitcoin holding. The electric vehicle company enjoyed its strongest quarter to date at the start of 2021, thanks in part to the $101m profit it made by selling part of the $1.5bn in bitcoin it had purchased in February.

“I know more than you realise”

Having raised the ire of Bitcoin commentators and advocates who argued that the South Africa-born billionaire did not understand the cryptocurrency, Musk responded: “Bitcoin is actually highly centralized, with supermajority controlled by handful of big mining (aka hashing) companies… Hey cryptocurrency ‘experts’, ever heard of PayPal? It’s possible…maybe…that I know [more] than you realise about how money works.”

When Twitter user @cryptowhale mused that “Bitcoiners are going to slap themselves next quarter when they find out Tesla dumped the rest of their #Bitcoin holdings. With the amount of hate @elonmusk is getting, I wouldn’t blame him…,” Musk replied: “Indeed.”

Bitcoin plunged more than 12% on the prospect of Tesla actually relinquishing its holding, falling as low as $44,235.

Musk’s recent bearish attitude towards the cryptocurrency has come as something of a surprise to the Bitcoin community, with some pointing to the fact that criticism of its mining methods existed long before Tesla’s February purchase.

The change of heart has been attributed by some to the growing speculation that Tesla is seeking to capitalise on the push by US President Joe Biden’s administration for net zero emissions by entering the multi-billion-dollar US renewable fuel credit market.

Regardless of the merits or otherwise of the environmental arguments against Bitcoin, the carmaker’s current holding could act as a barrier to securing further subsidies. 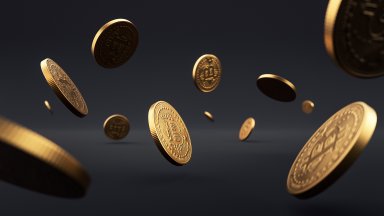