In other important news last week, El Salvador became the first nation to adopt bitcoin as legal tender. El Salvador’s President Nayib Bukele said the nation plans to use power from its volcanoes to mine Bitcoin.

Taproot, a bitcoin improvement protocol, has received sufficient mining support to lock-in activation. After the soft fork upgrades are “locked-in”, miners and nodes will have five months to update their software to Bitcoin Core 0.2.1.1. Taproot will be activated after bitcoin block 709,632.

Can these developments help bitcoin stage a strong comeback in the short term? Read the bitcoin price trend analysis to find out. 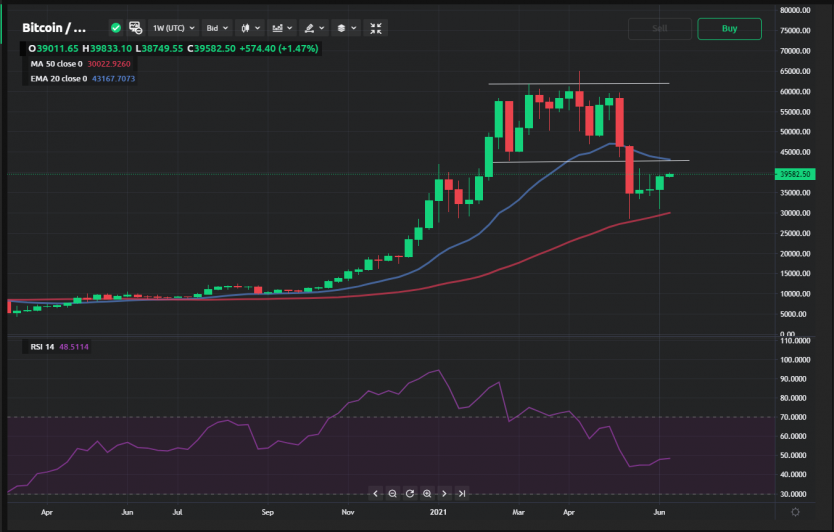 The relative strength index (RSI) is near its midpoint, indicating a few days of range-bound action.

If bulls sustain the price above the 20-week EMA, the correction could be over. The pair could gradually move up to $59,619.75. If the price turns down and breaks below the 50-week SMA, selling could intensify and the pair might drop to $20,000.

The bitcoin price weekly analysis shows that bulls are attempting a relief rally. Does the BTC price analysis of the daily chart also support a pullback? Let’s find out. 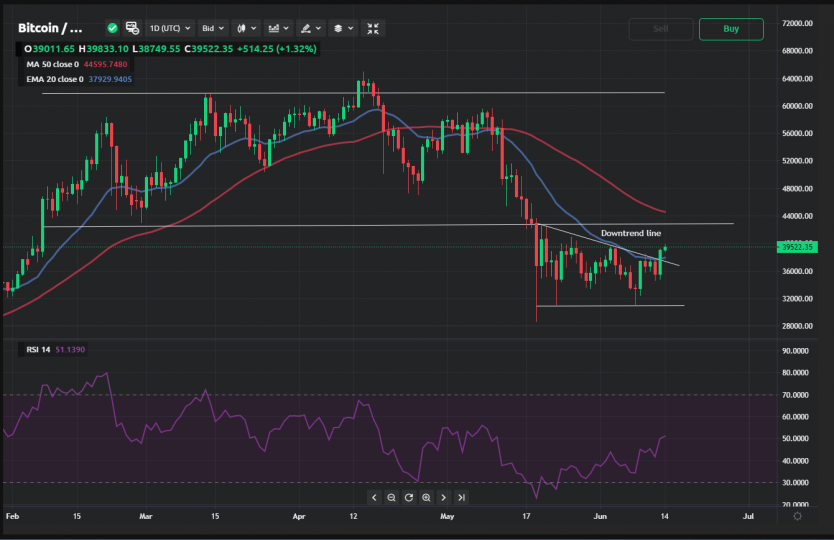 If the price turns down from there, the pair is likely to again drop to the 20-day EMA. A break below this support could result in a decline to $30,997.95. The flat 20-day EMA and the RSI just above the midpoint suggest a few days of consolidation.

However, if bulls drive the price above the 50-day SMA, it will indicate that the current downtrend is over. That might result in a rally to $51,599.95. Conversely, a break below $30,997.95 could signal the start of a deeper correction.

Bitcoin is likely to face stiff resistance at $40,000 and again at $44,500. The failure to break above this zone could lead to profit-booking by traders who bought the recent dip. That could pull the price down to $34,628.

Bitcoin price prediction for 2030: Where will it be?

Dogecoin vs Bitcoin: which crypto is better?
The material provided on this website is for information purposes only and should not be regarded as investment research or investment advice. Any opinion that may be provided on this page is a subjective point of view of the author and does not constitute a recommendation by Currency Com Bel LLC or its partners. We do not make any endorsements or warranty on the accuracy or completeness of the information that is provided on this page. By relying on the information on this page, you acknowledge that you are acting knowingly and independently and that you accept all the risks involved.
АWin-Win
referral programme
Learn more