Bitcoin price analysis for June 15-21: most popular crypto could fall this week

The analysts at JPMorgan Chase & Co. believe that cryptocurrencies have passed the stress test during the current crisis. This means that the asset class is likely to stay. However, the analysts also pointed out that Bitcoin did not work as a safe haven asset during the crisis because it was largely correlated to risky assets such as equities.

Even last week, Bitcoin fell along with the US stock markets on June 11. The rising coronavirus cases worldwide and the reopening of the economies escalated fears of a possible second wave of infections. Gripped by fear, investors dumped equities, oil, and cryptocurrencies. Even at press time, Bitcoin is witnessing selling pressure in sync with the fall in Dow futures.

The long-term investors should view the current decline as a buying opportunity because institutional investors have started investing in the crypto markets. A survey by Fidelity showed that 36 per cent of institutions owned crypto assets but over the next five years, 91 per cent planned to invest at least 0.5 per cent of their portfolio in cryptocurrencies. This increases the possibility of a greater inflow of institutional money into cryptocurrencies in the future.

Let’s do the Bitcoin price trend analysis and identify the critical levels to watch out for this week.

Bitcoin ended last week with a 4.31 per cent loss. This suggests that the short-term bulls who had been waiting for the breakout above $10,500 are liquidating their positions. 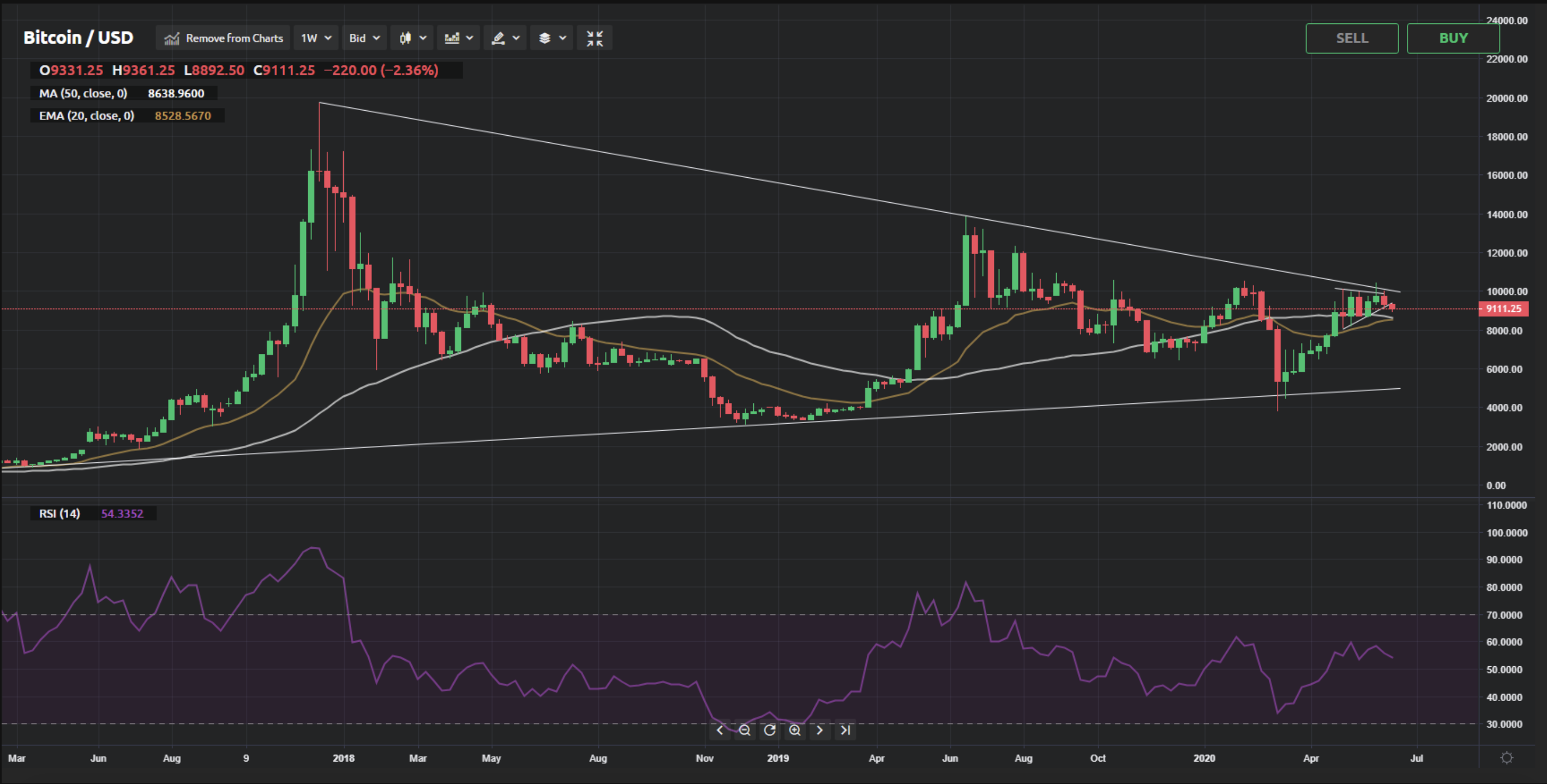 The largest cryptocurrency can now drop to the moving averages, which are likely to act as a strong support. The 20-week EMA is gradually sloping up and the RSI is in the positive territory, suggesting an advantage to the bulls.

If the BTC to USD pair rebounds off the moving averages, the bulls are likely to make one more attempt to propel the price above $10,500. If successful, a sustained uptrend is likely.

Conversely, if the bears sink the price below the moving averages, it will suggest a lack of buyers at lower levels. This could intensify the selling that can drop the largest cryptocurrency to $6,500 and then to $5,000.

Bitcoin price weekly analysis suggests that the short-term has turned weak and a few days of correction is possible. However, for better short-term clarity, let’s do the BTC price analysis of the daily chart.

Bitcoin plunged from close to $10,000 levels on June 11 and dropped below the 50-day SMA. The bulls purchased this dip and attempted to keep the price inside the triangle. 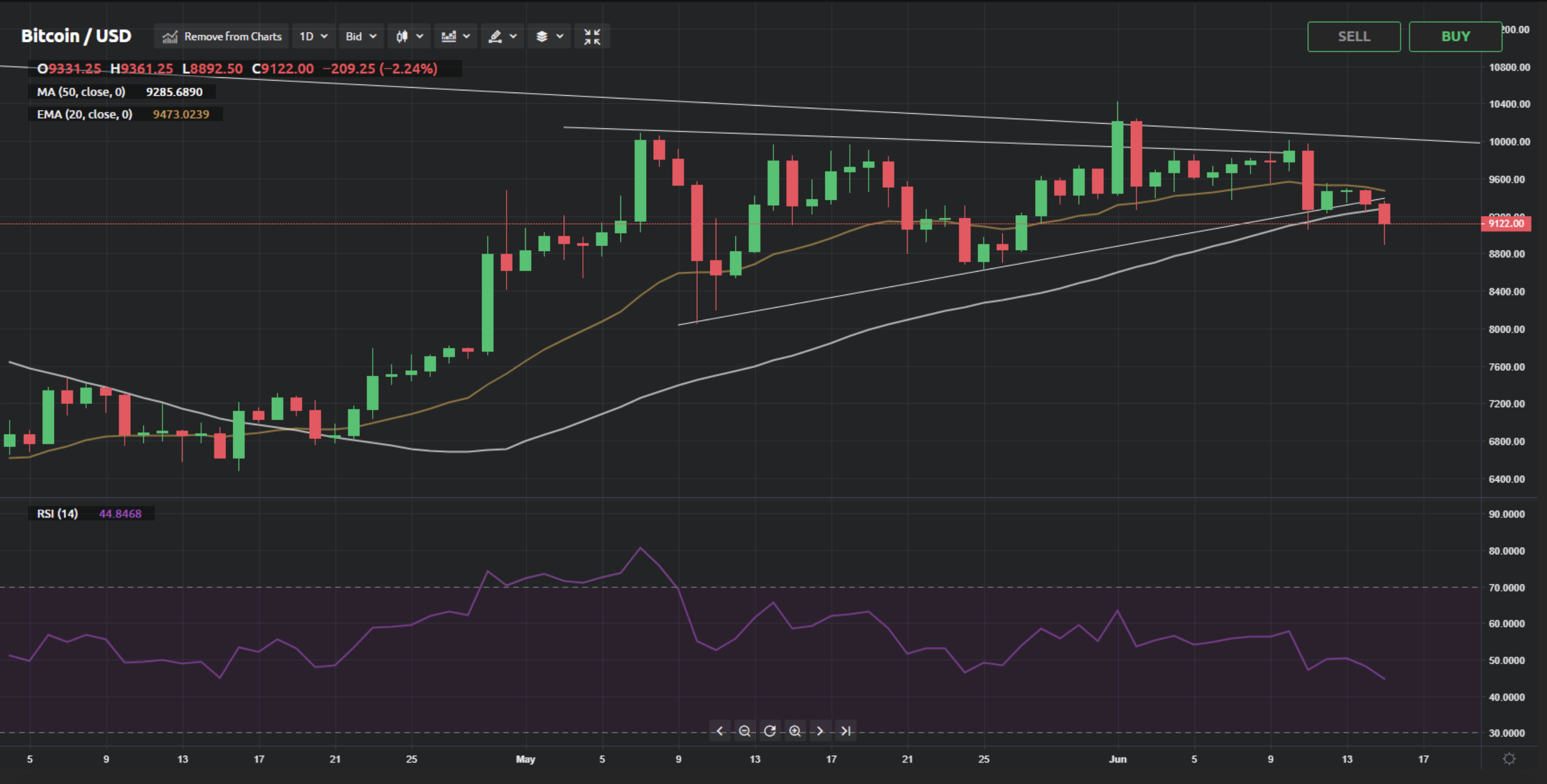 However, the rebound off the 50-day SMA was weak and the bulls could not carry the price above the 20-day EMA. This suggests that buying dried up at higher levels.

Encouraged by the failure of the bulls to break above the 20-day EMA, the bears are currently attempting to sustain the price below the intraday low of $9,050.90 made on June 11.

If successful, this will also confirm the breakdown of the symmetrical triangle. The support levels to watch on the downside are $8,632.65 and then $8,050.50. A break below this critical support could intensify selling.

The short-term trend in Bitcoin has turned weak. If the bears sustain the price below the 50-day SMA, lower levels are likely. While the aggressive traders can attempt to ride this move lower, long-only investors should wait on the side-lines.

In a falling market, traders should wait for the decline to end before buying. Bottom fishing or attempting to catch a falling knife can quickly result in losses. 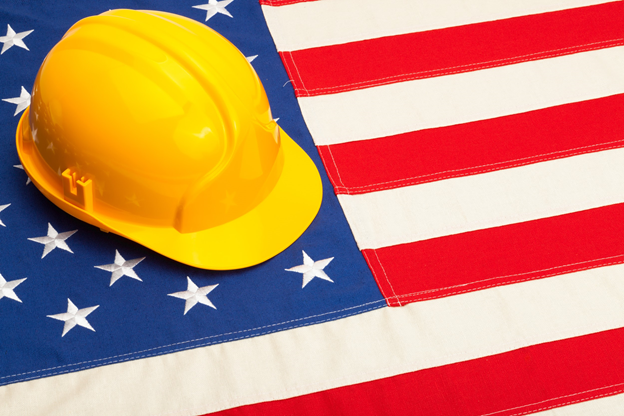 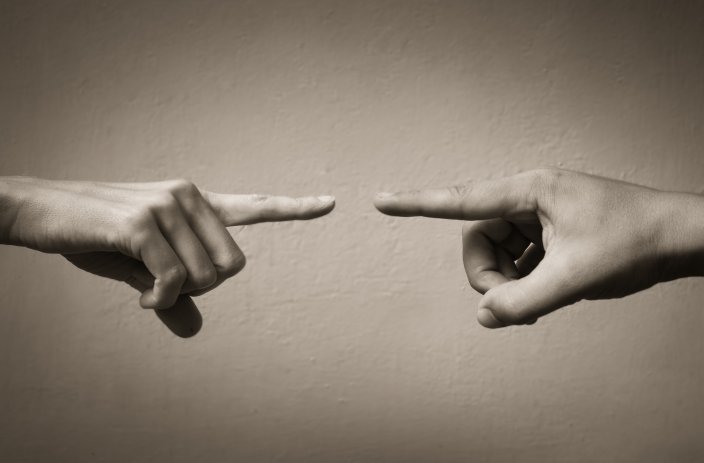