Cartesi seeks to bridge the gap between the blockchain and Linux. Could it shine this year?

Cartesi, touted as the first blockchain-based operating system, integrates Linux and standard programming environments with blockchain technology, providing developers with a virtual machine for the development of digital applications with considerably greater flexibility than was previously available.

With Cartesi, dApps can be created for deployment on Ethereum, Binance Smart Chain, Polygon, IOTA and other major blockchains.

Cartesi is a layer-2 blockchain solution, meaning it operates through its own network of validation nodes for enhanced scalability and throughput. A total of 286 active nodes currently contribute to the proof-of-stake (PoS) consensus ecosystem. dApps built using Cartesi infrastructure use off-chain components as well as blockchain components, further contributing to scalability and runtime efficiency.

Cartesi has a sizeable team behind it. CEO Erick de Moura has an extensive background as a software engineer, while COO Colin Steil fields experience in the Chinese venture capital sector. Serguei Popov, co-founder of the multibillion-dollar off-chain ledger solution IOTA, is an official adviser to the project.

It is still early days for the Cartesi project, which only released its development tools in December 2021, and substantial developer uptake is yet to be seen. But with Linux and blockchain interoperability a potential game-changer, investors have much to be bullish about.

What is Cartesi (CTSI) looking like as an investment opportunity? Let’s look at the tokenomics before making a Cartesi price prediction.

From the Cartesi whitepaper

The whitepaper states: “Cartesi’s mission is to help dApp developers build ever more compelling products to their clients. As any paradigm shift, the blockchain brings both opportunity for real innovation and the risk of wheel reinvention.”

The document goes on to say: “In a direct application of the principle of least astonishment, Cartesi’s core enables developers to leverage pre-existing knowledge and tools to boost their productivity. The remaining components of the Cartesi platform will help developers unleash their creativity when taking advantage of the blockchain’s unique potentials.”

The tokenomics of CTSI

Trading on 4 August 2022 at $0.1619, CTSI has a circulating supply of over 604 million, making for a market capitalisation of about $98m. A recent trading high over 24 hours was about $11m, approximately 11% of market cap. Maximum supply is capped at one billion.

CTSI performed a launchpad sale on Binance in April 2020, making 10% of supply publicly available at $0.015. A further 5% was allotted to private sales with a 12-month vesting cliff.

A quarter of the total supply is reserved for PoS rewards distribution, decaying exponentially over time as a check on inflation. A total of 15% of supply is held by Cartesi’s team and 40.22% is held by the Cartesi Foundation, fully vested until July 2023. A detailed transparency report can be read here. Cartesi also claims an annual return of 26.8% for stakers.

Cartesi is listed on numerous major exchanges, including Binance, Coinbase, KuCoin, Kraken and now eToro, all with relatively good levels of liquidity. On 14 January 2022, the Cartesi community voted to list CTSI on the Bancor decentralised exchange.

In alignment with recent crypto trends, CTSI has been on a downtrend for the past couple of months. A fourth-quarter high of $1.73 was observed on 11 November 2021, followed by a swift correction. By 5 December, these gains were essentially corrected, with CTSI closing the day at $0.571.

CTSI continued trading sideways, barring a slight bump in late December. This correction saw the 20-day Moving Average (MA) shoot below the 50-day MA in a bearish crossover on 12 December 2021. While bulls managed to bring CTSI above the trendline in the December bump and once again on 12 January 2022, both attempts were met with reversals.

With the above price history in mind, potential investors should be aware that the price of CTSI is anything but certain. Any substantial trend reversal is likely contingent on a recovery in Bitcoin’s performance.

Do bear in mind that this article presents you with neutral information. Currency.com is not a financial adviser and should not be referenced as such. With that out of the way, let’s now take a look at the Cartesi price prediction for 2022, or the CTSI coin price prediction.

What do digital forecasters have in mind for the Cartesi coin price prediction? The analysis from WalletInvestor provides a CTSI price prediction which suggests a descent to under $0.02 in the next 12 months, with no substantial recovery after that. Sentiment is predominantly bearish.

DigitalCoinPrice’s Cartesi price prediction targets are largely optimistic. According to the forecaster, it could climb over 30% in September, and the token will remain around the $0.21 mark for the rest of the year. The site does not forecast that CTSI will pass the $1 mark within the decade. In 2025, an average forecast of $0.31 is given, and $0.74 in 2030.

Of the 26 indicators used to make these projections, 13 suggest a ‘sell’ strategy whereas 10 suggest a ‘neutral’ strategy. Currently, only three technical indicators suggest buying the digital asset.

What’s next for Cartesi?

Cartesi will likely use 2022 to prove the utility of its project. Expanding the nascent environment of dApps and increasing developer engagement will help to grow the CTSI cryptocurrency.

There are currently over 604 million CTSI in circulation, against a maximum supply of one billion (60%).

Cartesi is an ambitious project that hopes to bridge the gap between Linux and the blockchain, enabling enhanced usability for dApp developers. However, it is still early days and the project is yet to take off in any substantial fashion.

You should always do your own research, including reading the whitepaper and checking social media activity, before making an investment.

The digital forecasters predict moderate growth in the short and long term. Trading activity is contingent on Bitcoin’s performance.

As ever, you are advised to conduct thorough independent analysis. This article presents neutral information that does not constitute genuine financial advice.

This article is not intended as financial advice but as a starting point for your own research. Be sure to read up on the project and conduct your own analysis if you are thinking of making an investment.

SCRT price prediction: Will it surge in 2022?

The eco-friendly cryptocurrencies to invest in 2022
The material provided on this website is for information purposes only and should not be regarded as investment research or investment advice. Any opinion that may be provided on this page is a subjective point of view of the author and does not constitute a recommendation by Currency Com Bel LLC or its partners. We do not make any endorsements or warranty on the accuracy or completeness of the information that is provided on this page. By relying on the information on this page, you acknowledge that you are acting knowingly and independently and that you accept all the risks involved.
Cryptocurrency Blockchain
АWin-Win
referral programme
Learn more 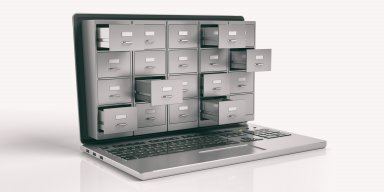 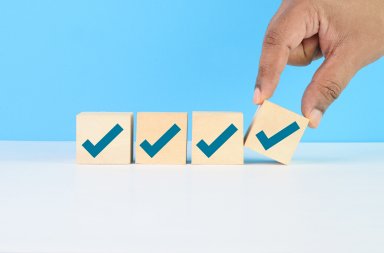 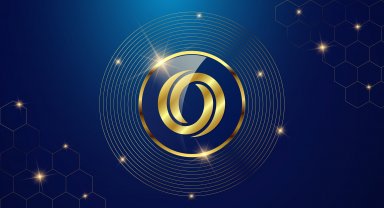 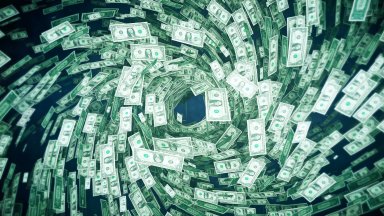