In a statement, the People’s Bank of China (PBoC) said that “virtual currency-related business activities are illegal financial activities”.

Specifying further, the central bank warned against fiat-crypto and crypto-crypto currency exchanges, the purchase and sale of cryptocurrencies as a central counterparty, the provision of intermediary and pricing services for crypto transactions, crypto derivatives, and the financing of token issuances.

The PBoC stressed that as the likes of Bitcoin, Ethereum and Tether are encrypted, issued by non-monetary authorities and exist in digital form, they “should not and cannot be used in the market as money”.

It specifically called out overseas cryptocurrency exchanges and vowed that domestic Chinese employees of such firms who still provide them with services “shall be investigated for relevant responsibilities in accordance with the law”.

Underlining the vehemence of the Chinese state’s antagonism towards the burgeoning sector, the PBoC stressed that “those suspected of disrupting the financial order or endangering financial security” shall be investigated and punished by the relevant departments.

The capitalisation of the total cryptocurrency market fell by nearly $200bn in the three hours after the PBoC’s statement.

However, it cannot be said to have come as a total shock. Indeed, the bank’s latest broadside against cryptocurrencies is a continuation of a longstanding antipathy.

In May, China announced a ban on its sizable cryptocurrency mining industry and warned banks not to facilitate any cryptocurrency-related transactions. As a result, miners fled to Russia, Mongolia and the United States. Leading cryptocurrencies, such as Bitcoin, fell by more than 30% in three weeks.

Although the language employed by the PBoC is practically identical to May’s crackdown, describing cryptocurrencies as a threat to “national security and social stability” and “breeding illegal and criminal activities”, its effect has thus far been less traumatic.

One explanation for this could be the fact that, while the statement came to international attention after it was posted online on Friday afternoon, it was actually announced on 15 September and was preceded by a swirl of rumours. As such cryptocurrency price corrections could be already priced in. 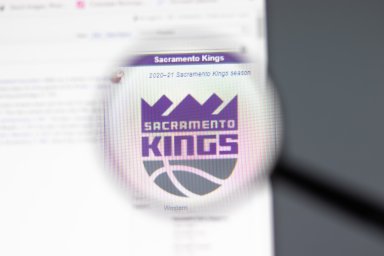