News&Features Analysis ETFMG Alternative Harvest ETF (MJ) analysis: will the price go up or down?

ETFMG Alternative Harvest ETF (MJ) analysis: will the price go up or down?

Marijuana stocks have rallied sharply but appear to be consolidating their recent gains in the third week of February. Some of the largest holdings have recently reported better than expected earnings.

Marijuana is mostly legal in the United States. There are only six states in the country where marijuana is totally illegal. There are 16 states where marijuana is completely legal and the rest have some restrictions such as medically legal, decriminalized, or both. Despite the legality of marijuana in many states, the Federal government in the United States does not recognize marijuana as legal. This can create a whole host of issues for businesses that participate in sales of mariguana. Financing is one of the biggest problems for businesses which is due to the US federal government not recognising marijuana as a legal product.

Marijuana is not federally legal and this creates problems with financing. Banks in the United States are governed by the office of the controller of the currency and the Federal Reserve. These agencies do not allow companies to participate in illegal activities. Since marijuana is federally illegal, a bank cannot lend money to a company that grows or distributes marijuana. Not only can a business that participates in the sale of marijuana get a loan from a bank, but they also cannot deposit money in a bank so they cannot write checks and move money around. For a company in a state where marijuana is legal to pay their state taxes, they need to bring cash or pay with a product other than a check. This process is very inefficient and makes financing and moving money for operations very difficult.

MJ is forming a consolidating pattern after testing the upside following better than expected financial results from one of its largest holdings Tilray. The 10-week moving average crossed above the 50-week moving average in October which means that a medium-term uptrend is in place. Short-term momentum is negative as the fast stochastic generated a crossover sell signal. The relative strength index (RSI) is also topping out. The current reading on the RSI is 78, above the overbought trigger level of 70 which could foreshadow a correction. Medium-term momentum is positive but decelerating. The moving average convergence divergence (MACD) histogram is printing in positive territory but the trajectory is starting to decline which could signal consolidation. 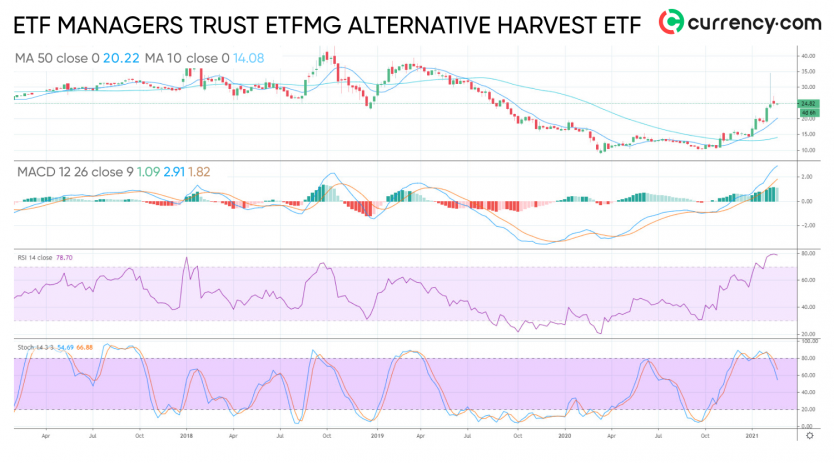 ETFMG Alternative Harvest ETF: how to trade it?

The ETFMG Alternative Harvest ETF (MJ), is consolidating after trending higher during the latter half of 2020. A change in the way the US federal government views marijuana will change the operation dynamics. Currently, the lack of financing is creating a drag on marijuana stocks. The technicals seem to be positive, but after rallying has decelerated. Look for the MJ ETF to consolidate during the balance of February and then rise during March. 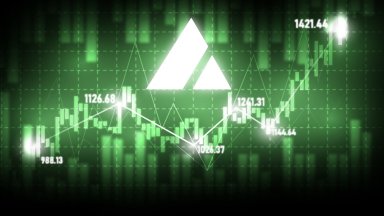 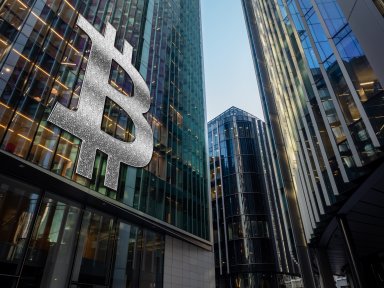