Ether continues to remain under a bear grip as it attempts to hold above the psychological support of $3,000. The latest fall happened even though several onchain indicators were pointing to accumulation by investors.

Analysts at JPMorgan believe that ethereum’s competitors will continue to gain ground as ethereum awaits critical upgrades expected to happen in 2022.

In a recent Bankless podcast, Ethereum co-founder Vitalik Buterin said the two important upgrades are the merge, which is the transition from proof-of-work to proof-of-stake, and the surge, which aims to increase scalability, bandwidth and throughput to the network.

Although analysts believe competitors will play catch-up, could Ethereum manage to maintain its lead? Could ether go up? Read the ETH price analysis to find out.

ETH’s price broke below the 20-week exponential moving average (EMA) last week, which indicates that the bears have overpowered the bulls. The ETH/USD pair dropped 17.7% last week to end at $3,151.67.

The pair have declined to the 50-week simple moving average (SMA), which is now likely to act as a strong support.

If the price rebounds off the current level then the pair could rally to the 20-week EMA, which is likely to act as a resistance. Should the price turn down from this level, it will suggest that sentiment has turned negative and traders are selling on rallies.

Contrary to this assumption, if the price rebounds off the current level and breaks above the 20-week EMA, it will suggest that the correction may be over. The bulls will then attempt to resume the upward move.

ETH’s price has been trading inside a descending channel for the past few days. The failure of the bulls to push the pair above the resistance line of the channel on 4 January may have attracted profit-booking from short-term traders.

That started a sharp correction which pulled the pair below the strong support zone at $3,641.36 to $3,500.94 and the relative strength index (RSI) into the oversold zone.

The buyers are currently attempting to defend the support line of the descending channel. However, the relief rally is likely to face strong selling at the 20-day EMA. The bears will then attempt to sink the pair below the channel, which could intensify selling.

The bulls will have to push and sustain the price above the resistance line of the channel to signal a possible change in trend.

Ether: buy or sell this week?

Ether’s price analysis shows that the trend remains down but the oversold condition on the RSI points to a possible relief rally in the short term. If bulls push the price above the channel, it will suggest that the downtrend could be over. Alternatively, a weak rebound off the current level will increase the possibility of a further decline to $2,651.04.

What is ETH? The second-biggest cryptocurrency in the world is many things
The material provided on this website is for information purposes only and should not be regarded as investment research or investment advice. Any opinion that may be provided on this page is a subjective point of view of the author and does not constitute a recommendation by Currency Com Bel LLC or its partners. We do not make any endorsements or warranty on the accuracy or completeness of the information that is provided on this page. By relying on the information on this page, you acknowledge that you are acting knowingly and independently and that you accept all the risks involved.
$50
WELCOME BONUS
Sign up 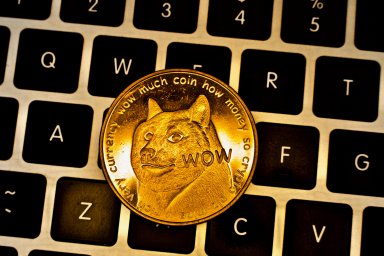 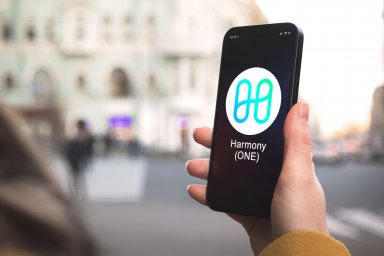 Harmony (ONE) price analysis 11 Jan: Is it time to book profits?