Over the last nine months, stablecoins have witnessed four-fold growth.

Stablecoins will become increasingly relevant in short-term credit markets, according to Fitch Ratings.

While in the US they are igniting debate, one of the big three credit rating agencies estimated that over the last nine months stablecoins have witnessed four-fold growth and could be valued as value as a source of liquidity in the crypto ecosystem and a haven for investors during times of high volatility.

Due to their ownership of short-term securities backing outstanding coins and low volatility, stablecoins are typically used by cryptocurrency investors to hold realised profits, for conversions between cryptocurrencies, or as a means of payment.

“Fitch Ratings believes that stablecoins will become increasingly relevant constituencies in the short-term credit markets. The market capitalisation of stablecoins has increased rapidly, and the security portfolios of stablecoins are typically invested in short-term securities such as commercial paper (CP) or Certificate of Deposit (CD).”

Pat Toomey, the US Senator for Pennsylvania, recently sent a letter to the US Secretary of the Treasury, Jenet Yellen, arguing that stablecoins must be regulated by Congress.

“Congress should enact new clarifying legislation and determine whether, and to what extent, federal agencies should have jurisdiction over stablecoins,” he wrote.

“Policymakers should meaningfully consult with the individuals who have developed these novel and complex technologies to understand how they work and can benefit society,” he added.

Toomey concluded: “It would be very unfortunate if, instead of focusing on these important aspects of stablecoins, the administration’s report encourages the Financial Stability Oversight Council (FSOC) to recommend more stringent regulations of stablecoins or even designate stablecoin providers as systemically important.”

More than $1trn in stablecoin transaction volumes per quarter were recorded in 2021, while the 10 largest stablecoins had an aggregated market capitalisation of $126bn as of end September 2021. Fitch estimated a 9M21 growth rate of 420%.

Tether is the stablecoin with the largest market capitalisation, reaching $68.4bn as of 30 September 2021, followed by USDCoin at $31.4bn.

“Stablecoin security portfolio allocations are developing rapidly. USDCoin held 10% CP and 15% in certificates of deposits (CDs) as of end June 2021. However, USDCoin’s portfolio significantly de-risked between June and August 2021, with cash and cash equivalents approximately doubling to 92% of portfolio assets”, explained Fitch analysts.

“In contrast, as of the end of June 2021, Tether held 49% of its assets in CP and CDs. Stablecoins are typically backed by a variety of different assets, including money market instruments, corporate bonds, funds and, potentially, precious metals,” they added.

“The ‘use case’ for stablecoins may expand over time, particularly as regulatory clarity emerges. Should stablecoins gain wider traction and their security portfolios continue to grow, they could become more material participants in sectors such as the CP market,” they said. 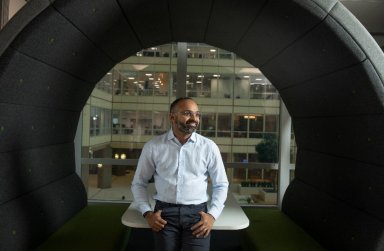