The accolade for world’s best-performing currency in 2019 has gone to the Ukrainian hryvnia, which enjoyed an uninterrupted period of gradual appreciation last year.

The Ukrainian currency's 19 per cent gain against the dollar placed it in top position ahead of the Russian rouble, with a rise of 12 per cent, the Egyptian pound, the Thai baht and the Israeli shekel.

The strengthening of the hryvnia exchange rate seen last year reflects the growing interest from foreign investors, who have flocked to Ukrainian bonds after the election of a pro-reform government.

In 1996, the hryvnia (UAH) became the national currency of Ukraine – except in the region of Crimea, which kept the rouble – following the collapse of the Soviet Union.

The first years of post-Soviet independence were marked by political upheaval and economic slump, with the value of hryvnia losing ground to hit a 10-year low in 2014. At that time it was one of the worst performing currencies in the world.

The political volatility in the aftermath of Russia’s annexation of Crimea six years ago was followed by massive shocks to the economy of Ukraine, causing real GDP to contract by a cumulative 16 per cent.

At the time the country’s inflation shot to 43.3 per cent from just 0.5 per cent two years earlier and the hryvnia depreciated around 70 per cent.

For the first time since independence the country gained a pro-market, pro-business administration with a majority to see through its ambitious reforms.

As well as bringing peace to the Donbas region and stamping out corruption, Zelensky’s government aims to achieve cumulative growth in gross domestic product of 40 per cent over the next five years.

In a bid to lure back workers from abroad, and persuade others not to leave the country, it plans to create 5 million new jobs, ranging from manufacturing to agriculture and IT.

Ukraine’s economy has flourished as foreign investors, who had withdrawn from the country after Russia’s annexation of Crimea, warmed to its new pro-market president.

The Ukrainian hryvnia began to rally in May shortly after the election. By the end of the year, the Ukrainian currency had risen faster than all other currencies against the dollar in 2019.

The performance put an end to three years of price swings of around 10 per cent that followed the collapse of the Ukrainian currency after the Russian invasion of Crimea.

The Ukrainian hryvnia rally is being driven by foreign appetite for high-yielding government debt.

With the highest real interest rates among emerging markets, fund managers and foreign investors have flocked to Ukraine’s local-currency debt.

With interest rates set at 11 per cent, Ukraine is the country with the highest benchmark rates in Europe, whereas most countries have 0 per cent rates and a few are in negative territory.

Interest rates in Ukraine have been in double digits since the country plunged into turmoil in 2014, but this monetary policy is expected to ease as the Ukraine economy recovers.

Looking forward, the online forecast platform estimates it to trade at 25.69 in 12 months’ time.

Emboldened by shrinking inflation, the National Bank of Ukraine in January slashed the benchmark borrowing costs to the current 11 per cent from 13.5 per cent -- the lowest since 2014 and the fifth straight cut to Europe’s highest interest rates.

“The National Bank of Ukraine continues to ease monetary policy with the aim of maintaining inflation at the target level of 5 per cent and supporting steady economic growth,” it said in a statement.

“This monetary-policy easing will help revive lending to the real sector,” the central bank added.

Last year was a very successful one for Ukraine’s Ministry of Finance in raising funds for the budget through the placement of domestic loan bonds.

Foreigners now own 15 per cent of Ukraine’s hryvnia-denominated debt, up from less than 1 per cent at the start of 2019.

The trend has continued, with the Ukraine’s domestic bond market off to a strong start in 2020.

Heavy bidding at the weekly auction on January 22 pushed yields down to 10 per cent, compared with 19 per cent yields a year ago.

In the same week, Ukraine issued €1.25bn in 10-year euro-denominated Eurobonds at a low annual rate of 4.375 per cent. The issue was six-times over subscribed.

"We are pleased to see among our investors both global investment funds with an impeccable reputation, and small pension and insurance funds, mainly from the EU countries. Some 200 investment funds from 31 countries acquired 10-year Ukrainian bonds," finance minister Oksana Markarova said on her Facebook page.

Asset managers accounted for 85 per cent of the notes issued, followed by hedge funds (7 per cent), insurance and pension funds (6 per cent ) and banks (2 per cent).

The Economy Ministry has forecast that the country’s gross domestic product could rise by 3.7 per cent in 2020, compared with growth of 3 per cent in 2019.

“We view positively the new government's intention to improve the business environment and lift the moratorium on the sale of agricultural land. In our opinion, these measures could pave the way for higher foreign investment inflows into Ukraine, boding well for the economy's growth and external leverage,” said Standard & Poor’s.

The ratings agency in September raised its global scale long-term foreign and local currency sovereign ratings on Ukraine to "B" from "B-", with a stable outlook.

In recent years, Ukraine has recorded annual growth of 2-3 per cent, an improvement on the 16.4 per cent plunge in gross domestic product seen in the immediate aftermath of the annexation of Crimea by Russia.

With the government’s package of market-friendly reforms, which are part of an IMF programme, together with shrinking rates, this growth is set to improve even faster.

The upgrade, which followed a similar move by rival Fitch, reflected the widespread optimism over Ukraine’s policies and economic prospects, despite concerns over the impact of the planned reforms. 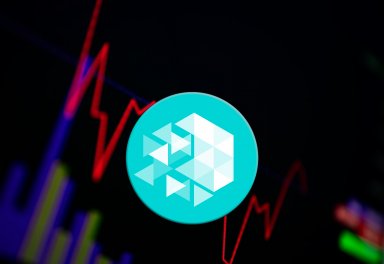