It was a video game retailer that struggled to turn a profit and planned to close hundreds of stores in the face of crushing competition from online downloads and Amazon. Despite that, the GameStop stock forecast became a fixation for a determined army of retail investors.

No GameStop stock prediction could have foreseen the company’s dizzying surge. On 4 January 2021, GME was trading at a modest price of $17.25. Fast-forward to 27 January, and shares managed to hit $380 – a 2,102% increase. Most of this frenzied activity took place over the space of two days, with the stock quadrupling. The staggering levels of volatility even forced the New York Stock Exchange to abruptly halt trading no fewer than nine times. 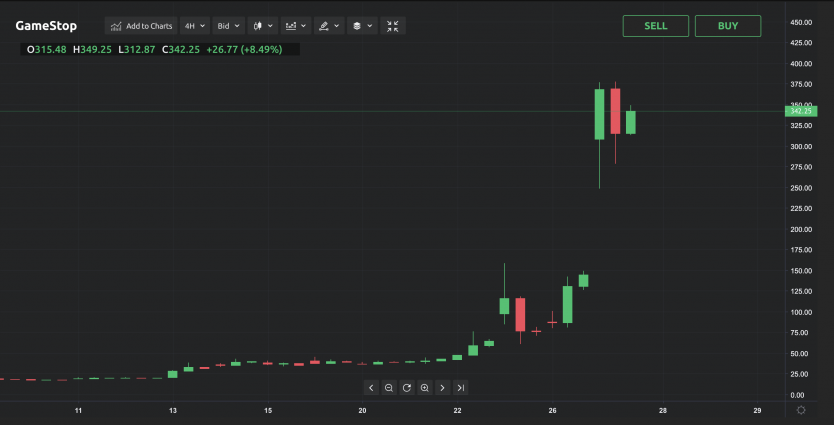 This type of growth was practically unprecedented – even the likes of Bitcoin and Tesla don’t appreciate this sharply, this quickly. Over the whole of 2020, BTC rose by 300%, a figure that seems tame by comparison. So, was this surge caused by a dramatic piece of GameStop stock news, such as a daring turnaround plan? Was a treasure chest of gold discovered under each and every one of its outlets?

Well, no. Ironically, GameStop stock predictions had little relevance to this extraordinary rally. Instead, GME was caught in the middle of a battle between Wall Street hedge funds and a Reddit group called Wall Street Bets.

A hubbub of activity on Wall Street Bets, where amateur investors gather to exchange tips on hot stocks, helped overturn GME stock predictions that the share price was on the verge of tumbling after the company lost hundreds of millions of dollars in 2019 and 2020.

GameStop became the most-shorted stock on Wall Street. But, in a brazen attempt to derail this strategy, Redditors got behind a short squeeze by pumping up the prices.

All of this started a vicious cycle. Hedge funds tried to offload shares as quickly as possible, and this heightened demand hiked prices even more. Melvin Capital was one major institution on the wrong side of the GameStop stock forecast – losing $3.75bn in the first three weeks of January. Things got so bad that it needed to secure a $2.75bn bailout from rivals.

Disgruntled day traders set their sights on those who were shorting other struggling firms, such as Nokia and BlackBerry. Shorting strategies were even more fraught with risk than usual.

Carson Block, who has himself gained a reputation as an aggressive short seller, told the Financial Times:

“It’s not rocket science – massively reduce your shorts or risk going out of business. This phase will pass, but in the meantime it’s best to be a spectator rather than a participant.”

A David and Goliath stand-off ensued and GameStop ballooned to a $23.1bn market capitalisation. Edward Moya, a market analyst from Oanda, remarked that times were changing before his eyes. “I would always remember watching when the small retail trading groups would get crushed by hedge funds and savvy short-sellers,” he wrote.

And on Reddit, some members of Wall Street Bets took financial news organisations such as CNBC to task, accusing the TV channel of allowing hedge funds to “manipulate the market via your network”.

An open letter to the broadcaster said:

“We don’t have billionaires to bail us out when we mess up our portfolio risk and a position goes against us. We can’t go on TV and make attempts to manipulate millions to take our side of the trade. If we mess up as bad as they did, we’re wiped out.”

How did the company use its newfound fame during the next 11 months? New chair Ryan Cohen, an activist investor and co-founder of Chewy Inc, led the opening of offices in Seattle and Boston, and the search for a new CEO.

In June 2021, GME snagged Matt Furlong, a nine-year veteran of Amazon, who began his career at Procter & Gamble. Not content with simply being a retailer, Furlong set out to find opportunities in blockchain, NFTs and web 3.0 gaming. He wants to challenge his former employer.

To that end, there were another 200 senior hires to help populate those new offices. The company also started shipping orders from Reno, Nevada, and increasing its shipments from its existing hub in York, Pennsylvania. It also announced a plan to hire as many as 500 people for its South Florida customer service centre.

Better for GME investors, sales increased 29% to $1.279bn, thanks to new and expanded relationships with Samsung, LG, Razer and Vizio. The quarter ended with a $1.141bn inventory, up from $861m at the same time in 2020. The company said it was focused on “front-loading investments in inventory to meet increased customer demand and mitigate supply chain issues”.

According to CNN Money, analysts are less enthusiastic in early 2022. The GME stock price began 2022 at $152.84, but the three analysts polled believe it could fall to ground some time during the coming 12 months. Their median target is just $45, which is almost twice the low-end estimate of $23. Their high estimate is $180. The consensus recommendation? Sell. Or, more precisely, two say sell and one says hold.

Of course, if you’re thinking of buying or selling GameStop stock, you need to do your own research. Remember that prices can go down as well as up, and you should never invest more money than you can afford to lose.

Further reading: Short selling explained: what it is and why it’s controversial

Further reading: How to find undervalued stocks: the ultimate guide 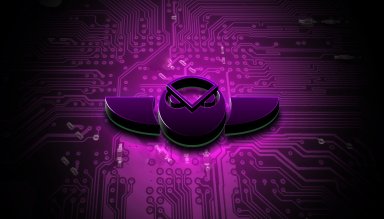 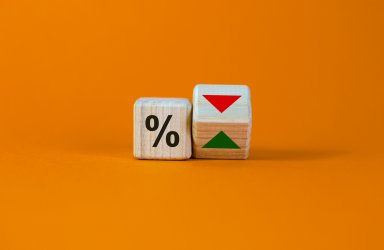 Bitgert price prediction 2025: Is it a genuine investment?