Wealthy traders see BTC as an investment, while those on lower incomes use it to send money

A lack of bitcoin (BTC) knowledge is the primary reason that people don’t buy the cryptocurrency, followed by concerns related to security, price volatility, and finally an uncertain regulatory landscape globally, according to a Block, Inc survey.

The survey, entitled ‘Bitcoin: Knowledge and Perceptions’, found that users’ opinions on the ‘digital gold’ varied based on their different levels of income. While people with lower incomes saw bitcoin primarily as a medium of exchange and as a way to send remittances, higher-income respondents generally perceived BTC as an investment.

“The most common reason people select as a good reason to buy bitcoin is to make money. But if you break these reasons down by income group, you see that higher-income respondents drive this trend, selecting investment-related reasons for buying bitcoin more frequently,” said the researchers.

How BTC was seen by lower-income respondents

On the other hand, according to the Block, Inc researchers, people with lower incomes recognised bitcoin’s utility as a payment ecosystem, seeing it as a means to send remittances and buy goods and services.

“Countries with lower GDP per capita and higher shares of income from remittances have greater rates of people citing ‘purchasing goods and services’ and ‘sending money’ as good reasons to buy bitcoin,” said researchers.

People’s perceptions of bitcoin also appear to correlate quite closely with national economic indicators. For example, bitcoin was mostly seen as a hedge against inflation by users in Argentina, where inflation reached a monster 58% in April 2022.

According to the researchers, the more highly people rate their own level of bitcoin knowledge, the more optimistic they are about bitcoin’s future.

“People in Nigeria, India, Vietnam and Argentina have the highest rates of optimism globally about bitcoin’s future,” said Block, Inc

“We found that the common perceptions of bitcoin as male-dominated are not as stark and disappear completely in many cases, with a broad and diverse community of people who are enthusiastic and consider themselves knowledgeable about bitcoin,” the researchers added.

The survey of 9,500 people in 14 countries across the Americas, EMEA and APAC was conducted in partnership with Wakefield Research.

Bitcoin price prediction for 2030: Where will it be?
The material provided on this website is for information purposes only and should not be regarded as investment research or investment advice. Any opinion that may be provided on this page is a subjective point of view of the author and does not constitute a recommendation by Currency Com Bel LLC or its partners. We do not make any endorsements or warranty on the accuracy or completeness of the information that is provided on this page. By relying on the information on this page, you acknowledge that you are acting knowingly and independently and that you accept all the risks involved.
Bitcoin Cryptocurrency
АWin-Win
referral programme
Learn more 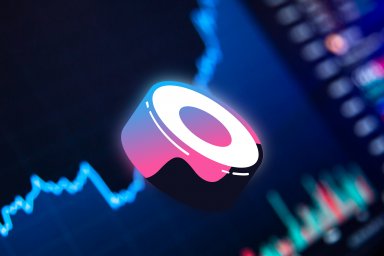