Google announced on Wednesday that it is appealing against the €500m (US$592.3m, £429m) fine handed down to it by France’s antitrust regulator last month.

The copyright dispute concerned the US technology giant’s use of local news content, and centred on whether it had broken temporary orders issued by the Autorité de la concurrence.

In its July ruling, the body fined Google for failing to adhere with its orders on how to conduct talks with publishers, and ordered the company to produce proposals within the next two months outlining how it will pay news agencies and publishers for their content.

Speaking on Wednesday, Sebastian Missoffe, head of Google France, stated: “We disagree with a number of legal elements, and believe that the fine is disproportionate to our efforts to reach an agreement and comply with the new law.”

He added: “We continue to work hard to resolve this case and put deals in place. This includes expanding offers to 1,200 publishers, clarifying aspects of our contracts, and sharing more data as requested by the French competition authority.”

2020 saw the launch of Google’s News Showcase service, through which it claims it will pay $1bn in three years to collaborating publishers.

The year before, the European Union introduced a new copyright directive, which allowed publishers to charge for the display of small pieces of news in search engine results.

Similar showdowns have occurred beyond Europe. Last year the Australian government ordered both Google and Facebook to pay news outlets for the right to use their stories. The battle became so acrimonious that, at one point, Facebook limited Australians from viewing or sharing news stories on its popular platform. 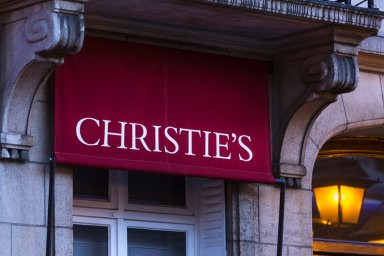 Christie’s ARCADIA NFT under the hammer in November