Historical non-fungible tokens (NFTs) took hold of the metaverse as an NFT auction for Associated Press images and news wires dropped today – just 24 hours after an NFT auction closed on behalf of the private House of Lobkowicz art collection.

The Unique Moments collection from the Associated Press (AP) features digitised versions of historic photos and reports from the AP’s archive, including Japan’s surrender during the Second World War, Nelson Mandela’s inauguration and the discovery of heavenly body Pluto.

In addition to historic photojournalism, the collection includes rarely-seen digital copies of newsflashes transmitted by AP to newsrooms around the world – such as the first reports of the moon landing and the end of Second World War in Europe.

This unique collection has been curated by MetaList Lab, which has been authorised by AP to create NFTs from the global news organisation’s most important reports over the past 100 years.

The NFT auction dropped today and lasts until 29 October on the Binance NFT Marketplace, where the floor price was set at $2,000 – or Binance USD 2,000.

Meanwhile, at the Non-Fungible Castle auction, the hammer fell on the first recording of a forgotten piece of music that has not been heard in more than 250 years. The collector, Jump_paradox, won the auction with a bid of ETH 6.71 or $25,138.

According to the SuperRare marketplace, which hosted the auction, the piece of music, called Forgotten Menuet, pays homage to the unrecognised musical talent of its composer, Countess Anna Maria Wilhlemina von Althann – wife of Philip Hyacinth, the fourth Prince Lobkowicz.

“Forgotten Menuet brings her music back to life for the first time in centuries through a new recording and animation of her hand-annotated score, helping to recompose the neglected history of a gifted female composer and musician,” added SuperRare.

Countess von Althann’s talent was likened to that of the finest professional lute players in Europe during her lifetime, but her musical ambition was largely overlooked in a male-dominated society.

In tribute to the countess, Lobkowicz family member William R Lobkowicz said in a tweet just before the auction closed that there are many “incredible women in history that deserve to be heard”.

”I’m thrilled that we can celebrate female artists and so proud of the female leaders and builders in this space, without whom we men would be lost,” added Lobkowicz. 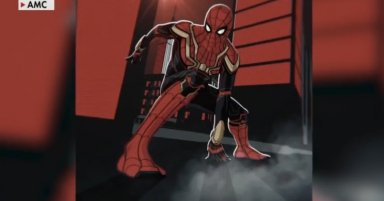