News&Features Features India crypto ban: Has it happened, and what’s the financial impact?

India crypto ban: Has it happened, and what’s the financial impact?

A potential India crypto ban has sparked uncertainty nationwide – and some fear the country may miss out on a multibillion-dollar industry.

Crypto regulation around the world is a mixed picture to say the least – and when it comes to countries taking the strictest approach to digital currencies, India is likely at the top of the list.

Back in June, New Delhi hit the headlines when it emerged that a government panel had recommended an India crypto ban – banning all digital currencies. Under the proposals, those caught breaking the law could be jailed for up to 10 years and subject to fines of up to 250m rupees (£2.7m, $3.48m).

There has been an outcry from Indian crypto businesses and their customers. It has even sparked a legal showdown, with the fight going all the way to the Supreme Court. Here, we look at the background behind the India cryptocurrency ban, whether it will actually go ahead, and the impact it could have on the world’s second-most populous country.

Perhaps the first warning signs that an India crypto ban was in the works came back in January 2018. Official figures showed that business was booming, with crypto transactions worth more than $3.5 billion conducted in the space of just 17 months. Exchanges were popping up all over the place, and as Bitcoin prices grew over the course of 2017, reaching highs of $20,000 which are yet to be replicated, young investors wanted in on the action.

The taxman wasn’t happy – and tens of thousands of people ended up receiving letters demanding them to pay capital gains tax. With an estimated 200,000 people beginning to dabble in crypto every month, it seemed inevitable that the government would take action to ensure it wasn’t missing out on much-needed tax revenues.

By April 2018, the regulatory muscles were beginning to show. India’s central bank, the Reserve Bank of India (RBI), released a notification to all of the financial institutions and payment service providers it regulates – telling them that, with immediate effect, they were prohibited from offering accounts to consumers or businesses that handle virtual currencies. Although this didn’t amount to a full-on Bitcoin ban in India, which fell outside the RBI’s remit because crypto isn’t regarded as legal tender, it would certainly make life harder for those who were trying to make transfers and conversions from their fiat accounts. At the time, Bitcoin investments in India were estimated to be in the region of $2billion.

Reaction from the crypto community was instant – with many fearful for the future of cryptocurrency in India. Bitcoin had actually been trading at a premium in India when compared with the international rate, but in the aftermath of the RBI’s move, BTC’s local price fell to $5,392 as opposed to $6,617 overseas. Critics claimed that the central bank was seeking to tar every business and consumer with the same brush, rather than target specific instances of misuse.

The restrictions on cryptocurrency in India made life hard for exchanges – and within months, many platforms had conceded that continuing operations was unsustainable. One of the biggest and earliest casualties was Zebpay, which was both India’s biggest and oldest crypto exchange. In an announcement in September 2018, the company directly linked its closure to the RBI’s policies, writing: “The curb on bank accounts has crippled our, and our customers’ ability to transact business meaningfully. At this point, we are unable to find a reasonable way to conduct the cryptocurrency exchange business.”

Others followed. In June 2019, Koinex blamed “months of uncertainty and disruption” for its closure – and described it as “a sad day for all digital assets and blockchain enthusiasts in India.”

Crypto advocates have claimed that the economic ramifications of a full India crypto ban could be wide-reaching – causing blockchain professionals, legal consultants, coders and crypto exchange workers to lose their jobs. Some analytical firms have also claimed that India could miss out on a market worth $12.9bn and suffer “brain drain” as professionals seek to forge their careers overseas.

Meanwhile, Facebook is developing a cryptocurrency called Libra that intends to facilitate cheaper cross-border payments and give the unbanked access to financial services. There are more than 190 million unbanked citizens in India and the country is Facebook’s largest market, but the company has confirmed its service will be unavailable in territories that have banned cryptocurrencies.

The Reserve Bank of India has defended its stance – telling the Internet and Mobile Association of India that it intends to “ringfence gullible investors and lenders from scams, several of which have happened internationally”. Meanwhile, the government has expressed concern that crypto is being used to make illegitimate payments for illegal goods.

There have indeed been multiple crypto scams in India. In one alleged Ponzi scheme, investors were promised that they would receive 10 times their initial contribution – and it’s estimated that a total of $300m was lost. Bollywood stars have been questioned by police in connection with that incident, amid claims they were involved in endorsing the business at international events. The government is now training officers who have shown an interest in IT and cybercrime, all with a view to creating experts who can investigate these incidents and bring the perpetrators to justice.

In the wake of the 2018 clampdown, it had appeared that India may have been considering to go it alone – creating its own digital currency, backed by the rupee, in response to rapid changes in the payment industry and the $89m annual cost of printing banknotes. It was due to launch in April 2019, but the plans were scuppered at the start of the year following an apparent U-turn by the government.

All of this has contributed to a sense of limbo when it comes to the future of cryptocurrency in India, and whether a ban is actually going to come into force. Back in August 2019, the Supreme Court was highly critical of the RBI’s decision to stop banks from servicing crypto businesses and consumers – and said the bank had failed to address the complaints and concerns of those affected by the ruling. Nonetheless, it has continued to uphold the RBI’s policy for now, despite lower courts ruling that it is unconstitutional. Although the Supreme Court is planning to hear arguments against these restrictions later in November, the date has been pushed back several times – leaving some sceptical over whether the case will be heard in the near future.

FURTHER READING: Five key pointers to the long-term future of cryptocurrency and Bitcoin 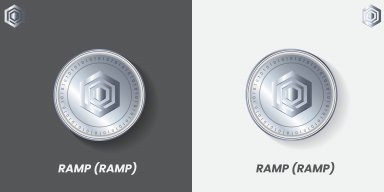 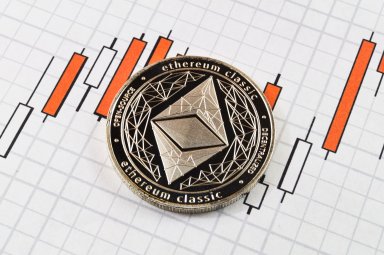