With more people taking an interest, what will the Iota price prediction look like?

Iota is a crypto coin that aims to exist without the support of a blockchain. The currency has a decent following, but what will happen to it in the future? Let’s take a look at a few Iota price forecasts and the principles that underline the Iota network.

It is important to note that Iota is traded in megaIotas (MIOTA), or 1,000 Iota. For clarity, we will use the two terms MIOTA and Iota interchangeably when it comes to discussing the coin’s price history and the Iota price prediction.

From the Iota whitepaper

The Iota system’s founding document The Tangle analyses the mathematical foundations of Iota, as “a cryptocurrency for the Internet-of-Things (IoT) industry”.

The whitepaper goes on to say: “The main feature of this novel cryptocurrency is the tangle, a directed acyclic graph (DAG) for storing transactions. The tangle naturally succeeds the blockchain as its next evolutionary step, and offers features that are required to establish a machine-to-machine micropayment system.

“Instead of the global blockchain, there is a DAG that we call the tangle. The transactions issued by nodes constitute the site set of the tangle graph, which is the ledger for storing transactions.”

While past performance is never an indicator of future results, it is still worth looking at the MIOTA price history to understand how the crypto has behaved in the past and how it might respond to future events when making an Iota coin price prediction.

Iota started trading on the open market in the middle of 2017. On 15 June of that year, a MIOTA was worth $0.3637. The coin’s price carried on trading in the middle of the sub-$1 range until the end of the year. Late 2017 and early 2018 was a boom time for crypto, with many coins going on a notable bull run. Iota was one of the cryptocurrencies caught up in the excitement and, on 19 December that year, it was worth $5.69, a record price that stands to this day.

While the early months of 2021 were another bull market period for the cryptocurrency market, at first Iota was making good progress, rather than seeing the explosions that marked the time for many cryptos. The coin reached a monthly high of $0.5042 on 19 January, before moving back down to close at $0.4071. While this was a rise of just under 40%, the price was yet to explode and Iota was still way below the psychologically important $1 mark.

This all changed on 11 February 2021, however, when the coin hit an intraday high of $1.31. This was the first time it had stood above that mark for two and a half years and, best of all for investors, the run was sustained, with the monthly high of $1.58 intraday on 19 February. There was some retreat but the closing mark for the month was higher than $1 at $1.12, which represented a rise of a rather spectacular 175%.

March 2021 saw the consistency of activity above $1 continue. The monthly high of $1.78 came on 23 March but, perhaps more importantly, there was no point when the coin fell below $1. The low of $1.02 came on the first day of the month and the closing figure of $1.58 represented a monthly upward movement of 41%.

While 2021 had so far been very encouraging for Iota investors and enthusiasts, May saw things fall apart. A monthly high of $2.39 on 7 May was comparatively positive, but the price was soon on a downward spiral and by 19 May 2021 it was below $2.

This problem was exacerbated by the great crypto day crash on that date, which saw Iota collapse to an intraday low of $0.8393, followed by a recovery of sorts to close the day at $1.14. Things got worse, though, and the coin closed May 2021 at $1.12, down nearly 50% on a monthly basis.

September was better, with the coin breaking through $2 briefly on 4 September 2021 to reach an intraday high of $2.08. The price then fell down somewhat, but stayed above $1 to end the month at $1.15, up 16% from the previous month’s close.

By the end of the fourth quarter, Iota managed to implement virtual votes through the tangle on the Iota 2.0 DevNet, known as On Tangle Voting (OTV) Consensus, and release a newer version of IOTA 2.0.

On 13 March 2022, the coin closed the day at $0.6809, the lowest closing price in over seven months. There had initially been some positive price movement, hitting highs of $0.95 on 31 March, roughly in line with the broader crypto market sentiment. A brief four-week high was recorded, but the price continued descending well into the next few weeks. Exacerbated by a market-wide downturn, the token fell again, reaching a new 18-month low of $0.237 on 12 May 2022.

The protocol continues to make new on-chain developments. This include their move away from a single asset ledger, which was announced on Twitter:

With a new IOTA treasury vote live, and reports of IOTA 2.0 having a low environmental impact, will MIOTA have what it takes to compete in the rapidly maturing digital asset space? And what might this mean for an Iota price prediction in 2022 and beyond?

Now let’s take a look at the forecasts. One thing to note here is that predictions are often wrong and, when it comes to longer-term crypto forecasts, calculated using an algorithm that can change at any time.

It might be. Iota has performed well cumulatively over the past two years. However, since the all-time high four years ago, the token has lost over 90% of its value.

You need to be cautious. Cryptocurrencies can be highly volatile and prices can go down as well as up. You will need to do your own research and never invest more than you can afford to lose.

The market has been somewhat bearish of late, and Iota has been on a general downtrend. But cryptocurrencies can be highly volatile and prices can go down as well as up. You will need to do your own research and never invest more than you can afford to lose.

If you want to buy Iota, you can do so at a range of exchanges. Remember to do your own research first, however, and never invest more money than you can afford to lose.

Bitcoin (BTC) price analysis: Dips may be a buying opportunity

What is IOTA? Your ultimate guide
The material provided on this website is for information purposes only and should not be regarded as investment research or investment advice. Any opinion that may be provided on this page is a subjective point of view of the author and does not constitute a recommendation by Currency Com Bel LLC or its partners. We do not make any endorsements or warranty on the accuracy or completeness of the information that is provided on this page. By relying on the information on this page, you acknowledge that you are acting knowingly and independently and that you accept all the risks involved.
Cryptocurrency Blockchain
АWin-Win
referral programme
Learn more 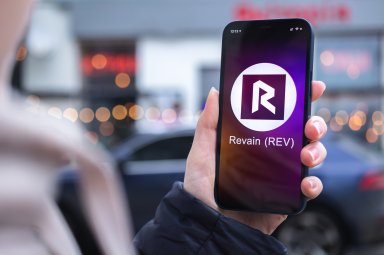 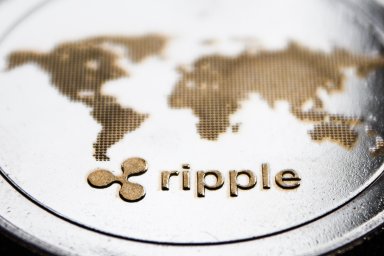