Complex web addresses, incomprehensible interfaces, anti-establishment beginnings and opaque technology. These are some of the thoughts which may spring to people’s mind when they think of crypto – and Klaytn is trying to change that.

With a goal of becoming the platform of the future, where the benefits of blockchain can be seamlessly inserted into legacy businesses, Klaytn is firmly targeting the mainstream. From small businesses to major corporations, Klaytn, developed by GroundX, a subsidiary of Kakao, one of Korea’s largest tech companies, has several key features that will allegedly accelerate the uptake of blockchain technology.

But is the project legit? Is the value of the coin based on speculation, or real utility? And most importantly, what is the latest Klaytn price prediction?

Before getting into some forecasts, let’s look at a quick overview of the company.

Klaytn, according to its website, fuses the best of private blockchains and the best of public blockchains to create an optimum design which is able to be both decentralised in governance but also highly scalable.

The platform has, according to official literature differentiated itself by developing a variety of features which create the most suitable environment for blockchain applications of BApps to thrive on. These include low-latency network responsiveness and robust transaction throughput.

Robust consideration of user experience is also an integral part of their offering. From readable account names to private keys, whereby users have more control over their data, the crypto appears to prioritise usability of its platform as a key element to its long-term success.

GroundX, the company behind Klaytn blockchain, was founded by Jaesun Han.

Han has a PhD in computer science and electrical engineering from Korea Advanced Institute. After graduating, he worked as a researcher for KAIST before developing and leading NexR, a cloud computing start-up in Korea. In 2011, Han became chief technology officer at KT cloudware, a cloud service support company, and in 2014, co-founded FuturePlay Inc – a tech-focused investment company in South Korea.

Before doing a deep dive into a Klaytn coin price prediction, let’s take a look at the past performance of KLAY.

Past performance of KLAY

Despite significant volatility, the coin has performed well since its launch.

The KLAY coin price hit resistance soon after, dropping to $1.9865 on 24 April. Despite somewhat of a recovery at the tail end of April, KLAY dipped again to lows of $0.07919 on 22 June. The coin picked up somewhat in the succeeding months, despite significant volatility, hitting $1.9026 on 9 October. The KLAY price has since dipped slightly, standing at $1.42 as of 13 January 2022.

There is an undefined maximum supply of KLAY coins and a current circulating supply of 2.6 billion.

But how does this information impact a KLAY price prediction?

Let’s look at what the experts think.

It’s important when looking at predictions to remember that while they can be helpful as an indicator of which direction the price may move, they should be viewed as possibilities rather than absolutes. This is especially the case when looking at long-term forecasts, as these can sometimes be completely off the mark. This is because of the inherent volatility of the crypto market but also the many unknowns which could impact future prices.

With this in mind, let’s look at some Klaytn price predictions. WalletInvestor thinks KLAY could increase to $1.725 in one year’s time and $3.248 in five years’ time.

DigitalCoinPrice also sees the coin increasing in value but not as dramatically as the other forecasts. The platform thinks that Klaytn could be worth $2.23 in 2023 before increasing to $2.40 in 2024. The website’s Klaytn price prediction for 2025 stands at $2.92.

Klaytn seems to be a well-established company with a compelling proposition. Despite having accumulated an impressive array of partnerships, it is important to note that other than Kakao, no other major companies have announced they have begun to use Klaytn technology.

Whether the KLAY coin, similar to other crypto coins with a same objective, become of any real utility to mainstream society remains entirely unknown.

Potentially. Many experts think the coin will continue to rise.

However, it is always worth remembering that the crypto market is highly volatile and the price of all tokens and coins can go down as well as up.

It could well go up, however it could also go down. The coin has experienced significant volatility. It is always worth remembering that forecasts, especially long-term ones, are better viewed as indicators rather than absolutes.

Investing is a highly personal endeavour. Do your own research and try to keep up-to-date with any developments within the Klaytn framework that could boost or dampen its prospects.

What is Klaytn (KLAY)? Your ultimate guide
The material provided on this website is for information purposes only and should not be regarded as investment research or investment advice. Any opinion that may be provided on this page is a subjective point of view of the author and does not constitute a recommendation by Currency Com Bel LLC or its partners. We do not make any endorsements or warranty on the accuracy or completeness of the information that is provided on this page. By relying on the information on this page, you acknowledge that you are acting knowingly and independently and that you accept all the risks involved.
$50
WELCOME BONUS
Sign up 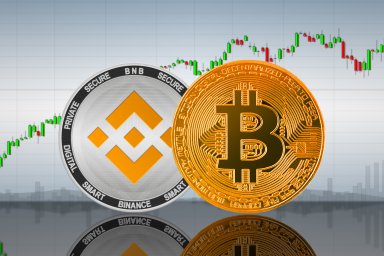 Bitcoin BEP2 price prediction: Is a reversal on the way? 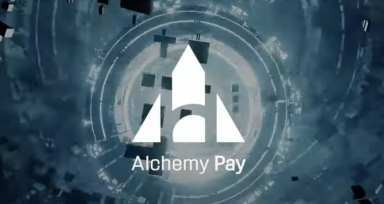