With equities going up and down faster than a yo-yo, investors are looking for the stock market index that delivers the best performance. That’s where the battle of Nasdaq 100 vs S&P 500 comes in. Here, we’ll explore what each index offers, their comparative performance and what might happen in the future.

To begin, let’s look at the main things that set the Nasdaq 100 and S&P 500 apart. As you’d expect, the Nasdaq 100 is responsible for keeping track of the performance of the 100 biggest and most actively traded American companies on the Nasdaq stock exchange. There’s a twist, though, because financial stocks are not eligible for inclusion in this index. If you’ve been following market news, you’ll be aware that the Nasdaq 100 is commonly referred to as a tech-heavy index. That’s because 56.4% of this index’s weighting is devoted to tech stocks, with restauranteurs, retailers and healthcare firms also making an appearance. Just some of the big brands included in the Nasdaq 100 include Alphabet, Amazon, Netflix, Apple, Facebook, PepsiCo and PayPal.

Next in our battle of Nasdaq 100 vs S&P 500, let’s turn our attention to the S&P 500. This index is often quoted in the papers and on news bulletins during reports that attempt to gauge how the US stock market is performing. Although many top constituents are similar to the Nasdaq 100 – Microsoft, Apple, Amazon, Facebook and Alphabet represent its top five holdings – healthcare giants such as Johnson & Johnson, financial firms such as Berkshire Hathaway and Visa, and the consumer staples titan Procter & Gamble also appear in the top 10.

Ultimately, if you’re weighing up whether to go for the Nasdaq 100 or S&P 500, it’s important to think about diversification. The Nasdaq is smaller and puts a greater emphasis on a select few stock market sectors, while the S&P 500 tries to track the wider market. As a rule of thumb, the S&P 500 covers about 80% of activity across US equities.

In February 2020, before the Covid-19 pandemic became fully widespread, the S&P 500 was trading at a record high of 3,338 points, alongside other indices such as the Dow Jones. It then lost about a third of its value, plummeting as low as 2,237 points as the full extent of the coronavirus crisis became clear. Since then, however, the S&P 500 has soared to new record highs. In late March 2021, the index passed the 4,000 level, before rising further to 4,535 points. At the time of writing on 25 October, it was trading at 4,544.9 points.

At first, the Nasdaq 100’s tale is largely similar: trading at record highs, and a drop of about a third in late March 2020. Unlike the S&P 100, however, the Nasdaq bounced back from the pandemic much quicker. In mid-June 2020, the index broke 10,000 points for the very first time – levels that weren’t seen before the coronavirus. This index managed to recover its losses in just three months and recoup something extra on top. Since then, it has continued to soar, hitting 15,000 points in early July 2021. It rose steadily throughout August 2021 to 15,675, with the index currently standing at 15,355 at the time of writing on 25 October 2021.

Last year, the Nasdaq 100’s impressive bounceback could largely be put down to the fact the world became even more reliant on technology. Indeed, with millions of us using Zoom for the first time in lockdown and relying on Facebook to keep in touch with friends and family, it’s little wonder that stocks in this index saw tearaway performance.

However, does that explain the current record performances of both indices?

Before we go any further, let’s compare historical performance.

While past performance indicates that the Nasdaq 100 index is the winner, is such a comparison missing the bigger picture? Given the staggering highs that both indices have reached, surely the more pertinent question is whether this bull run can continue or whether a correction is due.

The Buffett Indicator, named after investment giant Warren Buffett, measures the ratio of the stock market’s total value compared with US economic output.

Describing the indicator, Buffett told Fortune: “The ratio has certain limitations in telling you what you need to know. But it’s probably the best single measure of where valuations stand at a given moment.”

Huge valuations, according to the Sage of Omaha, can only remain uncorrected for so long. Ever since both indices hit such record highs, analysts have become fearful that equities have become dangerously overvalued.

In early April, for example, the S&P stood at 156% compared with CBO’s GDP forecast for 2021, nearly double the quarter-century median of 86%. The current ratio also stands at a fifth higher than the ratio during the dotcom bubble of 1999.

While no correction has occurred yet, the old phrase that what goes up must come down will no doubt become true at some point.

Another valuation gauge, CAPE, developed by Yale economist Robert Shiller, reveals yet more startling truths. Since July, according to data compiled by Fortune, the S&P 500 has become more expensive than in 96% of all quarters over the last 141 years. Put simply, big-cap stocks have been this pricey only 4% of the time throughout the entire history of equity markets.

Low interest rates are a significant reason why equities have skyrocketed. They mean companies can get cheaper access to credit because they have to pay less to borrow money. Growth in the business can then lead to stronger fundamentals, in turn making the stock price go up.

Additionally, low interest rates make it easier to borrow money, meaning there is more cash floating around in the economy. With surplus cash, investors may choose to invest in stocks.

Given the fact both indices are composed of equities, it makes sense that they have both surged in value.

If inflation grows, the US Federal Reserve may have to raise interest rates as early as next year. This would no doubt spell the beginning of the end of the equity bubble.

If, however, inflation stays below 2%, unemployment continues and economic growth remains slow, the Fed may decide to hold off raising interest rates till 2024.

While the latter scenario may mean we see more short-term growth as favourable economic conditions remain intact, the former would have a more immediate impact on both indices.

When interest rates do rise, the S&P 500 might have an edge due to the fact it is composed of finance stocks, including Allstate Corporation, American Express and Aon. Financial firms tend to make significant profits when interest rates rise, because they can charge more to lend out money.

Saying that, over the last decade technology firms have outperformed other industries and sectors. If stocks such as Apple and Google continue to innovate and develop new technologies and products, this could in turn have a positive impact on the performance of the Nasdaq 100.

If deciding whether to invest in the S&P 500 or Nasdaq 100, remember to always do your own research first and factor in all the latest trends and developments.

Stock market forecast for the next five years
The material provided on this website is for information purposes only and should not be regarded as investment research or investment advice. Any opinion that may be provided on this page is a subjective point of view of the author and does not constitute a recommendation by Currency Com Bel LLC or its partners. We do not make any endorsements or warranty on the accuracy or completeness of the information that is provided on this page. By relying on the information on this page, you acknowledge that you are acting knowingly and independently and that you accept all the risks involved.
$50
WELCOME BONUS
Sign up 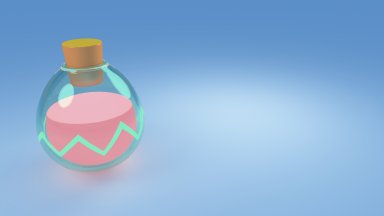 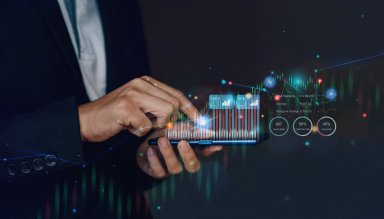