Will the coin, dubbed the Chinese Ethereum, be one of 2020’s star performers?

There are hundreds of digital coins and keeping track of them all is tricky, which is why most investors focus on big names such as Bitcoin, Ethereum and Ripple.

There are however a few smaller coins worth keeping tabs on, as they have the potential to deliver significant returns in the future. One of those is NEO.

In this article we are going to look at what NEO is, what makes it different from other coins and how it might develop in the future. And most important of all what is the NEO price prediction for 2020 and beyond?

The influence of China

There are digital coin watchers who believe that one day it will be China, rather than anywhere else in the world, that will be the main driver of blockchain and cryptocurrency. Indeed any announcement on the topic by Chinese president, Xi Jinping, tends to have a profound impact on the price of all leading coins.

When in late October 2019 President Xi Jinping spoke enthusiastically to the Chinese media about blockchain, one of the main beneficiaries was a coin called NEO. It underlined that NEO is a coin to watch and led to many bullish NEO price predictions for 2020.

So what is NEO coin and how do we go about undertaking NEO’s price analysis? To answer that question we need to delve into NEO’s origins and look at its technology and NEO’s price history.

NEO was introduced as far back as 2014 under the moniker AntShares. However it was not until it was rebranded as NEO in summer 2017 that it started to gain momentum.

One of the main reasons for the initial, and indeed ongoing enthusiasm for NEO, is its country of origin. NEO was the first, and is apparently still the most popular Chinese coin. It has offices in Seattle, but is mainly run from Shanghai. As we will see shortly this puts it in an enviable position.

NEO is also more than just a digital currency like Bitcoin. It is an entire blockchain platform, built to enable developers to create and house both smart contracts and decentralised applications. In many ways NEO’s founders’ vision was similar to that of the developers of the blockchain network Ethereum. They wanted to produce a whole new way of taking the hosting of the web away from tech giants like Amazon, Google and Microsoft and democratising and decentralising it using blockchain technology.

Also like Ethereum, NEO majors on the use of smart contracts. These are mini programmes that are hard coded so that they are activated when certain conditions are met. So, for example, if a person completes on buying a house, a smart contract could be engaged to transfer the deeds to them automatically. The big plus of smart contracts is that they do away with the need for third parties like solicitors or brokers.

Another reason why some investors are enthusiastic about NEO is that they perceive it to be technologically superior to Ethereum. While Ethereum allows the programmers to code only in one language, NEO enables them to code smart contracts using common programming languages like C++, C#, Go and Java. It in theory then has much wider potential appeal.

There is also an added twist with NEO in that it is not just one cryptocurrency but actually two. There is a second called GAS which is awarded to users who hold the NEO coin. They can use GAS to make transactions on NEO’s blockchain. It works in a similar way to how Ether is used on the Ethereum network,

As with all cryptocurrencies, when making a forecast on NEO’s price one has to bear in mind the future of the concept of the digital coin as a whole. If investors respond positively to how they see cryptocurrencies, and especially Bitcoin developing, this in theory will have a halo effect on other coins.

It should then be no surprise to learn that the trajectory of the price of NEO has been highly influenced by general sentiments about digital coins and blockchain.

In October 2017 the price of NEO was around $10. Buoyed by the surge in other cryptocurrencies it peaked in January 2018 at around $150. And then similar to Bitcoin, and rivals coins, began the slide to where it is today at just below $10.

During 2018 though there may have been other reasons for NEO’s downwards trend. The company has, for the crypto space anyway, an unusual governance and operational model. In particular developers control over 60% of all NEO blockchain nodes. A concern of some investors is that it could lose any decentralisation it has if it decides to cooperate with government agencies or multinational companies.

Over the last few months there has been very little movement in the price of NEO. It flickered into life for a while in October, when the whole coin ecosphere benefited from the pronouncements of President Xi Jinping on the future of blockchain. While other coins have dropped since then NEO has remained relatively stable.

So what are the experts predicting for NEO in 2020?

There are two key factors which could impact the price of NEO in 2020. Firstly, as we mentioned earlier, it is especially susceptible to any regulatory changes concerning blockchain made by the Chinese government. Were there to be a significant backlash against crypto and blockchain NEO could suffer more than most of its rivals. Conversely if the mood music coming from Beijing about blockchain continues to be positive then NEO could strengthen and start to climb once more.

Secondly NEO investors need to keep an eye on its rivals, especially those which offer a similar array of services, namely smart contracts and decentralised hosting. For example, 2020 could be a seismic one for Ethereum with the gradual introduction of the Ethereum 2.0 platform which apparently addresses many of the weaknesses of the initial offering and could make both the platform and coin attractive to investors.

There are also other rival coins/platforms such as Cardano which has already gained a degree of momentum as well as outliers like EOS. If its rivals pull ahead in terms of technological development this could have a negative impact on NEO’s price.

A third will be the performance of cryptocurrencies in general. Most investors believe that coins have largely bottomed out and we will start to see some serious growth in 2020. Is this largely the view of people wearing rose coloured glasses? Possibly, and time will tell, but a general surge would benefit NEO.

Most of the websites that look at longer term market movements predict that NEO will go up in 2020.

Walletinvestors think that NEO will have a turbulent year, but will end 2020 as high as $70. Cryptoupdates is highly bullish suggesting that NEO is perfectly placed to capitalise on the Chinese and Asian markets.

Conversely LongForecast, which had in 2019 been bullish about NEO’s prospects, is more negative. It believes that NEO will drop as low as $5 and will then recover slowly over the next couple of years. It believes that in 2023 the coin will achieve new heights to stand at $20 by year end.

The variance of predictions underlines that NEO is one of the hardest cryptocurrencies to call. Its close alignment with the Chinese government and advanced technology should make it a sure fire bet for long-term investors. Yet its transparency and more centralised approach worry crypto and blockchain purists.

So when it comes to a NEO price prediction for 2020 it may be about backing a hunch, more than taking too much from previous performance.

FURTHER READING: What time of the day can you trade crypto? 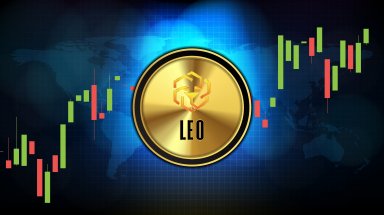