In a growing decentralised VPN market, what is the Orchid Protocol price prediction?

The Orchid Protocol is an attempt to create a virtual private network, which allows people to surf the web in privacy, using a blockchain. It operates on the Ethereum blockchain, and it aims to be fully decentralised, making it the most private VPN yet. The protocol has a native token, OXT, which is used to make micropayments that allow people to access the network. What will happen to the orchid protocol crypto in the future? What is the orchid protocol price prediction?

Before we get to the OXT price prediction, let’s take a look at the token’s history. While past performance is never any indicator of future results, it can be useful to see what OXT has done in the past so we can contextualise an orchid protocol crypto price prediction.

Orchid Protocol started trading on the open market at the end of 2019. At the start of trading on 17 December that year, it was worth $0.3636, but an initial spike saw it reach about $0.716 on 19 December. That was short-lived, though, and it closed the year at $0.3444. OXT then hovered around that mark for a while, before slumping down to below $2 in March. That new price was the new paradigm for the token, but there was renewed interest in August when it reached a high of $0.9434 on 16 August. Again, though, changes to the Orchid Protocol price prediction would have been short lived, because the bull run was just mooning, and the coin settled somewhere between $0.20 and $0.30 by the end of October, with it closing the year at $0.2228.

The following year was a different proposition for OXT.  The market boomed and the token was caught up in the excitement. On 12 February it reached a periodic high of $0.7772, although it fell back, the coin finished February at $0.4521, a rise of just over 47% from where it had been at the end of January which, in turn, was up more than 37% from the end of December.

March saw further growth, with the OXT coin closing off at $0.7041, up by just over half month-on-month. April saw some serious excitement, with OXT breaking through the dollar barrier briefly on 5 April, when it reached a still-standing all-time-high of $1.02. This was short-lived, and the month’s closing price was down at $0.6523.

OXT was hit by the events of the Great Crypto Day Crash of 19 May, rewriting the orchid protocol price prediction, and by the end of the month it was down 37% to $0.4103. June and July were bearish months for crypto, and OXT ended up hovering below $0.30. There was some recovery, with the end of August representing a rise of 38%. September started well enough, with the coin reaching $0.4902 at one point, but by the end of the month it was trading at $0.2984, down 25% from a month earlier.

October was more positive, with OXT finishing up 42% at $0.4248, before 1 November saw a bull run with the price reaching $0.7634. There was more to come on 10 November when it reached $0.7809 and for most of the month it was trading at above $0.50, meaning it was worth roughly what it was in the first few weeks of May. There was some warning, though, when the final price for November was $0.4963, up an impressive but not spectacular 16% and, crucially, below the $0.50 mark. December was a time of uncertainty in the crypto market and, as of 23 December the coin was trading at around $0.37. The token’s market cap, about $257m, made it the 183rd largest cryptocurrency by that metric.

Something to note when examining Orchid Protocol coin price predictions is that they are very often wrong, especially as we go further into the future. Longer term crypto predictions are often made using an algorithm, which can change at any time.

WalletInvestor says that the Orchid Protocol price prediction for 2022 is $0.53. The same site suggests that OXT will reach around $1.23 in 2026.

Orchid Protocol appears to be in a bearish period. Whether this will turn around or whether it will serve as the new normal for OXT is something that only time will tell. Secondly, although there are not many decentralised VPNs, Orchid Protocol is not the only one, so we will have to see how it deals with competition in the market.

If it manages to attract enough interest to put it ahead of rivals, it might be. That, however, remains to be seen.

Predictions from experts suggest that OXT could rise, but not by enormous amounts. You should conduct your own research before making any investment, and never risk more than you can afford.

Any investment in a speculative venture without a firm share of its market will always be risky. If you are tempted by Orchid Protocol, ensure that you have done as much due diligence as possible.

What is Orchid Protocol (OXT)? Your ultimate guide

What is PancakeSwap (CAKE)? Your ultimate guide

What is Plian (Pl)? Your ultimate guide
The material provided on this website is for information purposes only and should not be regarded as investment research or investment advice. Any opinion that may be provided on this page is a subjective point of view of the author and does not constitute a recommendation by Currency Com Bel LLC or its partners. We do not make any endorsements or warranty on the accuracy or completeness of the information that is provided on this page. By relying on the information on this page, you acknowledge that you are acting knowingly and independently and that you accept all the risks involved.
Cryptocurrency
АWin-Win
referral programme
Learn more 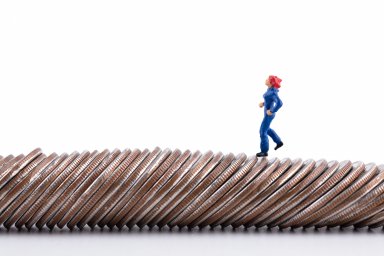