Power shortages have affected the south of the country

Several Kazakhstan crypto miners have been forced to shut their farms because of power issues in the south of the region.

“Little sad to shut down our mining farm in south KZ. Last container is ready to be sent. So much work, people, hopes are ruined. Country risk played out,” said Dibar Bekbau, co-founder of bitcoin miner company Xive, claiming that several other miners in the area were forced to shut down and migrate to “other territories”.

Many of the crypto miners had reportedly already migrated to Kazakhastan and other eastern countries after the Chinese ban on cryptos, attracted by the lack of regulation and the opportunity to operate without control.

However, the insufficient power grid infrastructures in the region have seen the miners reportedly operating in garages or family factories or illegally building small villages to operate their farms, stealing power from public power lines.

Bitcoin mining in the Black Sea territory of Abkhazia had already been blamed for overloaded electricity lines and power station fires, leaving some areas without power for days. This had lead to a crackdown by authorities.

Kazakhstan’s president, Kassym-Jomart Tokayev, recently said that more regulation is needed on cryptos as the country is “not having any financial return” from mining. This is despite being the second nation in the world for hash rate, according to the Bitcoin Mining Map by the University of Cambridge.

President Tokayev also warned residents of “signs of a shortage of electricity in Kazakhstan”.

On the other side of the globe, US environmental associations wrote to the US government in October highlighting their concerns about  power shortages in Texas because of giant miners operating in the area.

“Adding more energy-guzzling crypto mining operations to Texas could exacerbate the sorts of blackouts the state already saw during the extreme cold in February – outages that reporting shows hit communities of colour the hardest. The extreme temperatures behind the blackouts are themselves another consequence of the climate crisis,” the collective of organisations said. 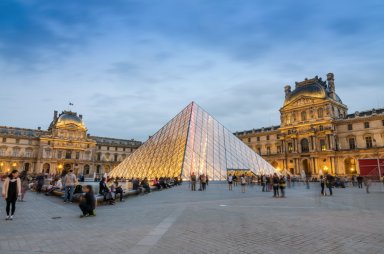 Paris Louvre is exploring the introduction of art NFTs