Ripple has resumed its uptrend after breaking above its overhead resistance

The US Securities and Exchange Commission (SEC) scored a win against Ripple in their ongoing lawsuit as Judge Sarah Netburn ordered Ripple to hand over one million missing Slack messages from internal employees. In addition, Ripple has also been asked to produce all messages from 22 email custodians.

Ripple argued that retrieving the messages would cost up to $1m, and may require many months. However, Judge Netburn said the messages were critical for the case, and reminded Ripple of its earlier commitment to share the communication.

“Any burden to Ripple is outweighed by its previous agreement to produce the relevant Slack messages, the relative resources of the parties and the amount in controversy,” Judge Netburn said.

It was not all win-win for the SEC because Ripple filed a “motion to compel responses to interrogatories”, according to a series of tweets by the company’s attorney, Jeremy Hogan.

Hogan explained how the SEC is cornered by these questions. He said: “If the answer is ‘no,’ then it opens the door for Ripple to compare XRP to Ether. And as we know, only Ethereum had an ICO…‘Yes,’ is not a politically fathomable answer for the SEC.”

Will XRP’s price continue to move up, or will higher levels attract profit-booking? Read the Ripple price analysis to find out.

After two weeks of correction, XRP’s price resumed its upward move last week. The XRP/USD pair rallied by 14.64% over the previous week’s closing price, ending at $1.30697.

Both moving averages are sloping up and the relative strength index (RSI) is in the positive zone, indicating that the path of least resistance is to the upside. Sustained buying at higher levels has pushed the pair above $1.34174.

The pair could now start journeying towards a 52-week high at $1.95389. The bears are likely to mount a stiff resistance in the $1.75–$2 zone, but if bulls do not give up much ground, the uptrend may continue.

A break and close above the overhead zone will be a huge positive, meaning the pair could then quickly rally to $2.50. The bears will have to pull XRP’s price below $1.04 to signal a change in trend.

The bulls pushed XRP’s price above the resistance line of the triangle on 2 September, thus invalidating the bearish descending-triangle pattern. The failure of a negative set-up is a positive sign as it traps several aggressive bears.

Attempts by the bears to pull the price back into the triangle failed on 4 September. This attracted further buying from the bulls, who have driven the price above the resistance at $1.34174.

The up-sloping moving averages and the RSI in the positive zone indicate an advantage to buyers. The XRP/USD pair could now rally to $1.70, where bears may again pose a stiff challenge.

This positive view will invalidate if the pair turns down from the current level and plummets below the 20-day exponential moving average (EMA). Such a move could open the doors for a decline to the 50-day simple moving average (SMA).

Our Ripple price analysis shows that bulls have cleared the overhead hurdle and the pair may now rally to $1.70 and later to $1.95389. The first sign of weakness will be a break and close below the 20-day EMA.

Whatever the outcome might be, your decision to trade depends on your attitude to risk, your expertise in this market, the spread of your investment portfolio and how comfortable you are about losing money.

This analysis does not constitute investment advice. It’s important to make your own analysis before deciding to invest. You should never invest more than you can afford to lose.

Oracle stock analysis: is it time for a correction? 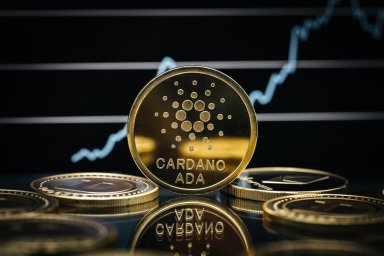 Cardano price analysis (8 September): is a short-term top in place? 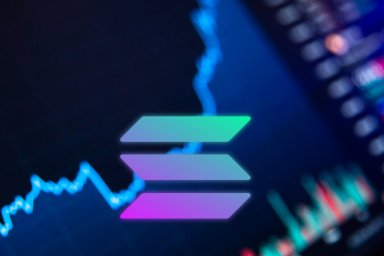 Solana price analysis (7 September): is a top close by?