Sporting firms across the board have embraced crypto, with NASCAR being the latest

CoinLoan, the only regulated crypto loan company in Europe, has said it is not surprised that Ultimate Fighting Championship (UFC) has signed a long-term sponsorship deal with cryptocurrency platform Crypto.com, arguing that the sports industry moves “quicker” at adopting crypto compared to other mainstream businesses.

Max Sapelov, co-founder and chief technical officer (CTO) of CoinLoan, explained to Currency.com that sports are “quicker” movers when it comes to accepting new crypto deals. Sapelov believes the gambling and betting industry, in particular, moves very fast when it comes to these forms of deals.

Paddy Osborn, academic dean and managing director at London Academy of Trading, believes the sports industry's particular readiness to make such deals can be explained to some extent by the effects of the coronavirus pandemic.

Speaking to Currency.com, Osborn said: “Sports clubs want to maximise their connection to their audience, especially during times of COVID restrictions when physical presence at sporting events has been limited.

“As a result, sports companies are actively seeking partnerships with these crypto companies to enable them to enhance their fans’ involvement (and their own revenues) by using cryptocurrencies and blockchain.”

Sports that have embraced crypto

Both McLaren and Red Bull Racing have announced they will be launching non-fungible tokens (NFT) to build a fan engagement platform on blockchain.

Also, at the beginning of July, Netherlands football club AZ Alkmaar partnered with Bitcoin Meester, making them the Dutch club’s first official cryptocurrency partner. The sponsorship deal itself is to be paid in bitcoin.

French football club Paris Saint-Germain (PSG) is another major club that has partnered with the Socios blockchain project to launch a fan token, in a bid to promote fan engagement with the club. In January 2020, the $PSG Fan Token became live on Socios.com, increasing user engagement and allowing fans to participate in various PSG decision-making processes via the app.

Just last week, the National Association for Stock Car Auto Racing (NASCAR) revealed that baby dogecoin will be sponsoring Brandon Brown's No 68 Camaro. Baby dogecoin is an offshoot of the meme-based crypto dogecoin, which Elon Musk has become a strong advocate of.

Baby dogecoin is the world’s first cryptocurrency which is also a dog-based charity, and has since its inception donated almost $100,000 to charities that care for dogs.

Regarding his new sponsorship deal, Brown said: “Being a dog owner and animal lover myself, I’m very excited about this partnership and the meaning behind baby dogecoin’s initiatives. The car looks awesome and I can’t wait for everybody to see it.” 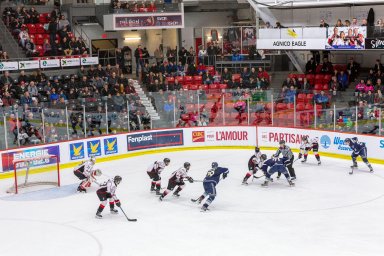 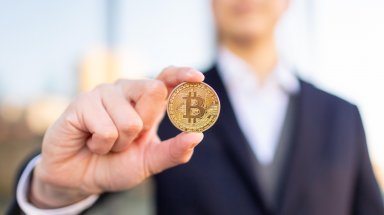