The German-born co-founder of PayPal who invested early in Facebook has lamented his lack of commitment to bitcoin.

Technology billionaire Peter Thiel said at an event on 20 October that: “You’re supposed to just buy bitcoin. I feel like I’ve been underinvested in it.”

Although Thiel admitted the secret of cryptocurrencies was already well-known, he maintained that “the answers are still to go long” on bitcoin. “Maybe it is still enough of a secret,” he suggested.

Such comments came shortly after bitcoin surged beyond the $66,000 threshold for the first time, to reach an all-time high of $66,930.

The world’s first and largest crypto has steadily recovered lost ground after having slumped below $30,000 in July after the Chinese government announced a crackdown on cryptocurrency mining and trading,

Runaway levels of inflation across the world, above the target of most central banks, also increased its appeal as a potential digital hedge.

This week’s momentum can be attributed to the launch of the first bitcoin exchange-traded fund in the United States. Another step in the once-maligned asset’s inclusion into the financial mainstream.

Thiel, who has consistently espoused a libertarian worldview, characterised bitcoin’s recent surge as a rejection of the current fiat currency system. Framing the cryptocurrency as a “force for decentralisation”, he said: “It surely tells that we are at a complete bankruptcy moment for the central banks.”

Having reached a new high, bitcoin underwent a correction on 21 October, with its market capitalisation falling by around $100bn. 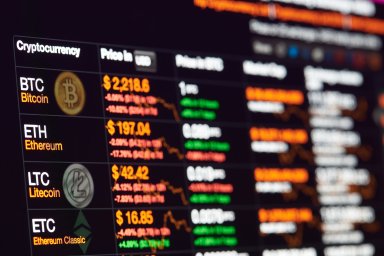