Terra (LUNA) news as it happened

This story is no longer being updated – Click here for the latest on Terra Luna 2.0.

The Terra network is to restart from a snapshot of the Terra blockchain and airdrop new LUNA tokens, as Terraform CEO Do-Hyung Kwon’s proposal for a revival of the chain deprived of the UST stablecoin passed yesterday, 25 May 2022.

Terra’s official Twitter account said on Wednesday: “With overwhelming support, the Terra ecosystem has voted to pass Proposal 1623, calling for the genesis of a new blockchain and the preservation of our community.”

According to the new plan, on 27 May 2022, eligible holders of LUNC, USTC and aUST will be airdropped LUNA on the new chain, called Terra2.0, which will restart from a recovery point created before the beginning of the UST de-pegging drama bringing to the collapse of the Terra ecosystem.

To prevent short selling, investors will be given the due tokens over months.

The algorithmic stablecoin TerraUSD (UST) was trading up by 36% at $0.09656, and also witnessing high volumes.

Two South Korean financial regulators, the Financial Services Commission (FSC) and the Financial Supervisory Service (FSS) are calling for an “emergency” inspection of crypto exchanges as the Terra ecosystem crashed, according to the analytic firm Elliptic.

The agencies were reportedly seeking data on exchanges’ total transactions and investors, on top of increased protective measures.

A spokesperson from the financial authorities in South Korea was reported as saying to news source Yonhap: “In regards to the Luna incident, we are monitoring the situation, but there isn’t a direct measure the government can take at this moment. […] [because] coin transactions are being freely operated by the private sector.”

Meanwhile, in the US last week, the Congressional Research Service (CRS), a legislative agency which supports the work of Congress, issued a publication titled Algorithmic Stablecoins and the TerraUSD Crash which pointed out that the crash was “a classic ‘run-like’ scenario, where a large number of investors withdraw their investments simultaneously, triggering negative feedback loops and contagion effects,” and a similar “run” was seen when the TITAN token, another algorithmic stablecoin, collapsed in 2021. The CRS report said: “While in the traditional financial system, a run-like scenario could be somewhat mitigated by regulatory safeguards and backstops, the stablecoin industry has not incorporated such measures.”

Police in South Korea have asked crypto exchanges to freeze the assets of the Luna Foundation Guard (LFG) after the collapse of the terraUSD (UST) algorithmic stablecoin, according to local media.

The Seoul Metropolitan Police Agency’s First Cybercrime Investigation Unit told media in South Korea it had asked the exchanges to disable the ability of LFG to withdraw corporate funds, as it investigated suspected embezzlement connected with the collapse of TerraUSD and LUNA.

However, the police have no powers to order the exchanges to freeze the funds.

As the price of cryptocurrenciess slightly rebounded in the last few days, the value of LFG’s reserves have risen to more than $200m from the $80m they fell to on 14 May 2022, amid the sell-off mood hitting the algorithmic stablecoin and generating panic on the crypto market.

The reserves were valued at a little more than $4bn at the beginning of May, before the LFG announced a $3.5bn sale in bitcoin (BTC), which investors and analysts are still investigating.

LFG has denied rumours claiming that the sale was aimed at liquidating whales’ positions. It said: “There was never any deal for any ‘insiders’ to exit. LFG funds were merely used squarely within its mandate to help protect the UST peg.”

Terraform CEO Do-Hyung Kwon has been sued for alleged fraud by TerraUSD (UST) investors, over the $42bn UST crash bringing the value of the algorithmic stablecoin to almost $0 and causing turmoil in the crypto market, according to South Korean media.

LKB & Partners, the law firm representing investors and filing the class action against Terraform, was reported saying: "[…] the act of expanding the issuance of Luna Coins to an unlimited extent is fraudulent.”

According to Singapore Companies House,  the Singapore-based Terraform dismantled most of its parent companies and branches, while Terraform Labs’ status is “live” at the time of writing.

According to CoinMarketCap, Terra (LUNA), Terra’s native token, is up 13% at $0.000187, while the stablecoin TerraUSD is at $0.08050 up by around 40% as Kwon spoke out again on Twitter, - suggesting not to use a specific wallet for burning UST tokens. New proposals to save the Terra ecosystem have been submitted on the network.

18 May 2022: LUNA, UST continue to crash as Terra’s future is uncertain

Terra’s native token LUNA and the algorithmic stablecoin TerraUSD (UST) continued to lose ground on Wednesday 18 May 2022 as the network is deciding on the future of the blockchain.

Terra investors are voting on two key proposals for the future of the network, both suggested by Terraform Labs co-founder Do Kwon.

Kwon proposed hard forking the Terra blockchain into a new chain without the algorithmic stablecoin TerraUSD (UST) while airdropping one billion new LUNA tokens. As of 18 May, the proposal is far from the required quorum of voters, but has seen the majority agreeing with Kwon.

Kwon had previously proposed burning UST at a faster pace in an attempt to repeg the stablecoin, but the approval may come too late.

According to analyst Ed Moya, senior market analyst at Oanda, there are a few chances for the stablecoin to survive. Meanwhile, some Terra investors are calling for Kwon to be arrested as the global policy and research group Elliptic estimated investors have lost $42bn following the crash in the value of UST and LUNA.

Terraform Labs co-founder Do Kwon has proposed hard forking the Terra blockchain into a new chain without the algorithmic stablecoin TerraUSD (UST), and said: “Terra is more than UST.”

Kwon has also proposed the airdrop of new LUNA tokens, suggesting the total emission of one billion tokens with a target reward for staking of 7%.

“$UST peg failure is Terra’s DAO hack moment – a chance to rise up anew from the ashes,” said Do Kwon. “The Terra ecosystem and its community are worth preserving.”

If the proposal is approved by the Terra community, the proposed launch of the new network is scheduled for 27 May 2022.

According to CoinMarketCap, Terra (LUNA), Terra’s native token, is trading at $0.0001912, down 10.8% over the past 24 hours after slightly rebounding following the announcement.

Terra (LUNA), the native token of the Terra ecosystem, is trading down 20% over the past 24 hours, as the Luna Foundation Guard said it is still pondering on the way to refund investors after the crash of the TerraUSD (UST) algorithmic stablecoin.

“The foundation is looking to use its remaining assets to compensate remaining users of $UST, smallest holders first. We are still debating through various distribution methods, updates to follow soon,” added the Foundation.

According to the Luna Foundation Guard’s reserves dashboard, there is currently around $91m in reserves on 16 May. However, this amounted to more than $4bn on 3 May 2022.

13 May 2022: BlackRock and Gemini deny involvement in UST collapse

Asset manager BlackRock, hedge fund Citadel and crypto exchange Gemini have denied any involvement in the UST stablecoin collapse, which has led to the Terra blockchain to being halted.

Rumours started circulating on Wednesday - before going viral - claiming that the two financial firms borrowed BTC100,000 from Gemini and traded 25% for UST to later dump UST and BTC, crashing the prices of both cryptos.

“We are aware of a recent story that suggested Gemini made a 100K BTC loan to large institutional counter-parties that reportedly resulted in a selloff in $LUNA. Gemini made no such loan,” tweeted Gemini.

“Rumours that we had a role in the collapse of UST are categorically false. In fact, BlackRock does not trade UST,” insisted BlackRock.

A representative from Citadel told Bloomberg it had no involvment in the situation and “does not trade stablecoins, including UST”.

The price of Terra (LUNA) fell to around $0.02 from the $90 level it achieved in April 2022 as TerraUSD (UST) holders tried to cash out through LUNA, which is used as a way of payment for fees on burned UST.

The LUNA circulating supply hit a monster 3.4 billion figure in a few days as new LUNA tokens are created every time users close their UST position and burn the algorithmic stablecoin, which, at the time of writing, is still below the $1 level ($0.50) despite attempts to repeg the token on a one-to-one basis with the US dollar.

“Terra has a virtual [automated market maker] AMM which wants to hold Luna and stablecoins in perfect balance. When a seller burns UST for Luna, it unbalances the pool. This makes the next trade have a less favourable UST to Luna price,” explained Pedro Ojeda, co-founder of the decentralized real estate operator SplitBrick.

Terra co-founder and CEO Do Kwon has said the network will decrease the TerraUSD (UST) supply in an effort to repeg the decentralised and algorithmic stablecoin of the Terra blockchain to the US dollar on a one-to-one basis.

“With the current on-chain spread, peg pressure, and UST burn rate, the supply overhang of UST (ie, bad debt) should continue to decrease until parity is reached and spreads begin healing,” he tweeted.

Kwon also endorsed “the community proposal 1164 to increase basepool from 50 miilion to 100 m [special drawing rights] SDR, decrease PoolRecoveryBlock from 36 to 18 – this will increase minting capacity from $293m to ~$1,200m”.

Meanwhile, Terra’s blockchain native token, LUNA, was down 92% over the past 24 hours at $2.24, noted CoinMarketCap.

9 May 2022: LUNA down 30% in the last seven days as UST depegging concerns raised

Terra’s native token, LUNA, has dropped 30% in the last seven days to $60.11 as fears are growing over Terra’s stablecoin, UST, which is depegging from its normal value of $1.

TerraUSD (UST) – Terra’s stablecoin pegged to the US dollar on a one-to-one basis – is currently priced at $0.9936 after a recent and consistent withdrawal from the Anchor Protocol, the biggest savings protocol in Terra, whose total reserves amount to $2.91bn.

Values were correct at the time of writing. 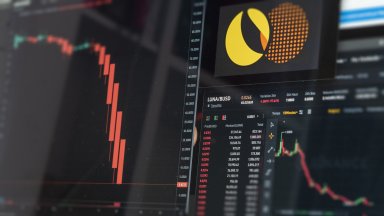 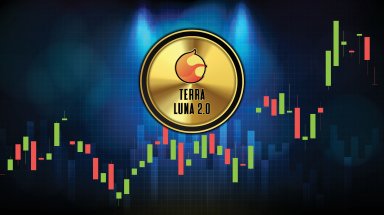