The 10 most noteworthy tech acquisitions of 2021 (so far)

From Visa to Microsoft to Square, we round up the most notable tech acquisitions of 2021

Against the bleak backdrop of the COVID-19 pandemic, the tech industry has put on a show of resilience that continues to defy downbeat expectations in the form of surging share prices and near-frantic M&A activity, hitting record highs.

According to data from Refinitiv, the value of completed and pending M&A deals in 2021 has already hit $3.6trn, surpassing the overall $3.59trn recorded in 2020.

More than 35,000 deals have been announced so far this year, up by nearly a quarter on last year. From Visa to Microsoft to Square, we round up the most notable tech acquisitions of 2021 so far.

The two companies share a similar vision on delivering people-centric solutions within the workplace and the adoption of hybrid working environments – and seem to be the perfect match on paper.

Through the acquisition, Citrix announced the platform would empower enterprise customers and teams to securely access, collaborate and execute all work types in the most efficient and effective way possible.

David Henshall, president and CEO of Citrix, said that together with Wrike, which is used by companies such as Walmart and Fitbit, it will “foster more efficient and collaborative work execution” and allow the business to take things to “the next level and enable people, teams, and organisations to perform at their best".

Cloud and IT services giant Wipro announced the acquisition of Capco, the global management and technology consultancy, in a $1.45bn all-cash deal.

The acquisition, one of Wipro’s biggest deals since it acquired Capgemini in 2007, will create one of the largest end-to-end global consulting and service providers to the banking and financial services industry.

London-headquartered Capco is widely acknowledged for its consulting expertise within the technology, energy and commodities sectors.

The deal was completed on 29 April.

Earlier this year, Microsoft announced it had agreed to buy Nuance,  a pioneer of conversational AI and cloud-based intelligence for healthcare providers. The acquisition follows a successful partnership between the two companies that was first formed in early 2019.

The deal will see Microsoft acquire the firm for $56 per share, with the closing price valued at $19.7bn, inclusive of Nuance’s debt.

In a company statement announcing the deal, Microsoft said that Mark Benjamin would remain CEO of Nuance, reporting to Scott Guthrie, executive vice-president of Cloud & AI at Microsoft.

“AI is technology’s most important priority, and healthcare is its most urgent application,” said Satya Nadella, CEO of Microsoft.

“Together, with our partner ecosystem, we will put advanced AI solutions into the hands of professionals everywhere to drive better decision-making and create more meaningful connections, as we accelerate growth of Microsoft Cloud for Healthcare and Nuance.”

What could this mean for Microsoft? Well, it certainly seems that the tech giant has set its sights on expanding its healthcare offering by providing personalised care, or perhaps upselling its services to Nuance’s healthcare clients and striking a deal for its cloud services at the same time.

Japanese electronics firm Panasonic announced plans to acquire Blue Yonder, a digital fulfilment platform, in a deal worth $5.6bn in April this year. Including the repayment of outstanding debt, the total value of the deal tops $7bn.

The acquisition builds on the partnership between the two companies first established in January 2019. In July 2020, Panasonic acquired a 20% minority stake in the business and one seat on the board of directors of Blue Yonder. The latest acquisition enabled Panasonic to buy the remaining 80% of the business.

The acquisition “enhances Panasonic’s own digital transformation and customer-centric focus and brings the strategic relationship full circle,” it said in a company statement.

May: AT&T strikes deal between WarnerMedia and Discovery to take on streaming platforms

US telecoms giant AT&T has agreed a merger deal between its subsidiary company WarnerMedia, which it acquired three years ago for $85bn, and Discovery, to challenge global streaming platforms such as Netflix and Disney+.

The merger would bring together more than 100 brands in the world under one global portfolio, subject to regulatory approval.

AT&T CEO John Stankey said the deal “unites two entertainment leaders with complementary content strengths and positions the new company to be one of the leading global direct-to-consumer streaming platforms".

Global consumer internet group Prosus announced in June it had finalised its acquisition of Stack Overflow, a knowledge-sharing platform for developers and technologists, in a $1.8bn deal.

Founded in 2008, Stack Overflow has become one of the most popular websites globally, with more than 100 million people visiting the website each month, making it one of the top 50 most-visited websites in the world.

The merger allows Prosus to accelerate Stack Overflow’s ability to scale to a larger international community and target global enterprises. Prosus will “reach 90% of the Fortune 100 across its corporate learning companies including Stack Overflow, Skillsoft, Udemy and Codecademy”, the company confirmed.

Visa has agreed to acquire fintech startup Tink, an open banking platform that allows merchants and financial institutions to create personalised management tools, in a deal worth $2.1bn.

Tink, which was founded by Swedish entrepreneurs Daniel Kjellén and Fredrik Hedberg, started out as a financial management app designed to help European businesses, but later expanded to focus on providing its technology to other businesses instead.

As reported by Currency.com earlier this year, the deal was completed after Visa initially made a bid to acquire Tink’s American rival Plaid, but was blocked by US regulators on antitrust grounds.

Commenting on the acquisition, Al Kelly, CEO and chairman of Visa said: “By bringing together Visa’s networks and Tink’s open-banking capabilities, we will deliver increased value to European  consumers and businesses with tools to make their financial lives more simple, reliable and secure.”

The two platforms have a shared vision on enhancing enterprise communications platforms to improve how businesses connect with their customers in order to build the customer engagement platform of the future.

The acquisition will help Zoom’s presence with enterprise customers and allow it to accelerate its long-term growth opportunity. Five9 is a pioneer of cloud-based contact centre software and its secure cloud contact centre delivers a comprehensive suite of easy-to-use applications across different channels.

“We are continuously looking for ways to enhance our platform, and the addition of Five9 is a natural fit that will deliver even more happiness and value to our customers,” said Eric S. Yuan, CEO and founder of Zoom, in a company statement.

“We believe this acquisition creates a leading customer-engagement platform that will help redefine how companies of all sizes connect with their customers.”

The move, classified as one of the biggest fintech acquisitions by an Australian startup, saw the company merge with Square earlier this year in an all-inclusive deal.

Afterpay was founded in 2014 and currently serves more than 16 million consumers worldwide. It aims to create affordable ways of splitting large purchases for 'Generation Z' shoppers by allowing consumers to split the price of their digital purchases into four instalments with no interest up front.

The acquisition indicates that the post-pandemic digital spending surge is expected to continue as consumers rely on online purchases.

US-based cybersecurity firm NortonLifeLock has announced a cash and shares deal worth up to $.8.6bn for antivirus software rival Avast.

The deal, announced in a company statement, highlights the merger of the two counterparts as a “compelling strategic and financial rationale and represents an attractive opportunity to create a new, industry-leading consumer cyber-safety business”.

“This transaction is a huge step forward for consumer Cyber Safety and will ultimately enable us to achieve our vision to protect and empower people to live their digital lives safely,” said Vincent Pilette, CEO of NortonLifeLock.

“With this combination, we can strengthen our Cyber Safety platform and make it available to more than 500 million users. We will also have the ability to further accelerate innovation to transform Cyber Safety,” he said. 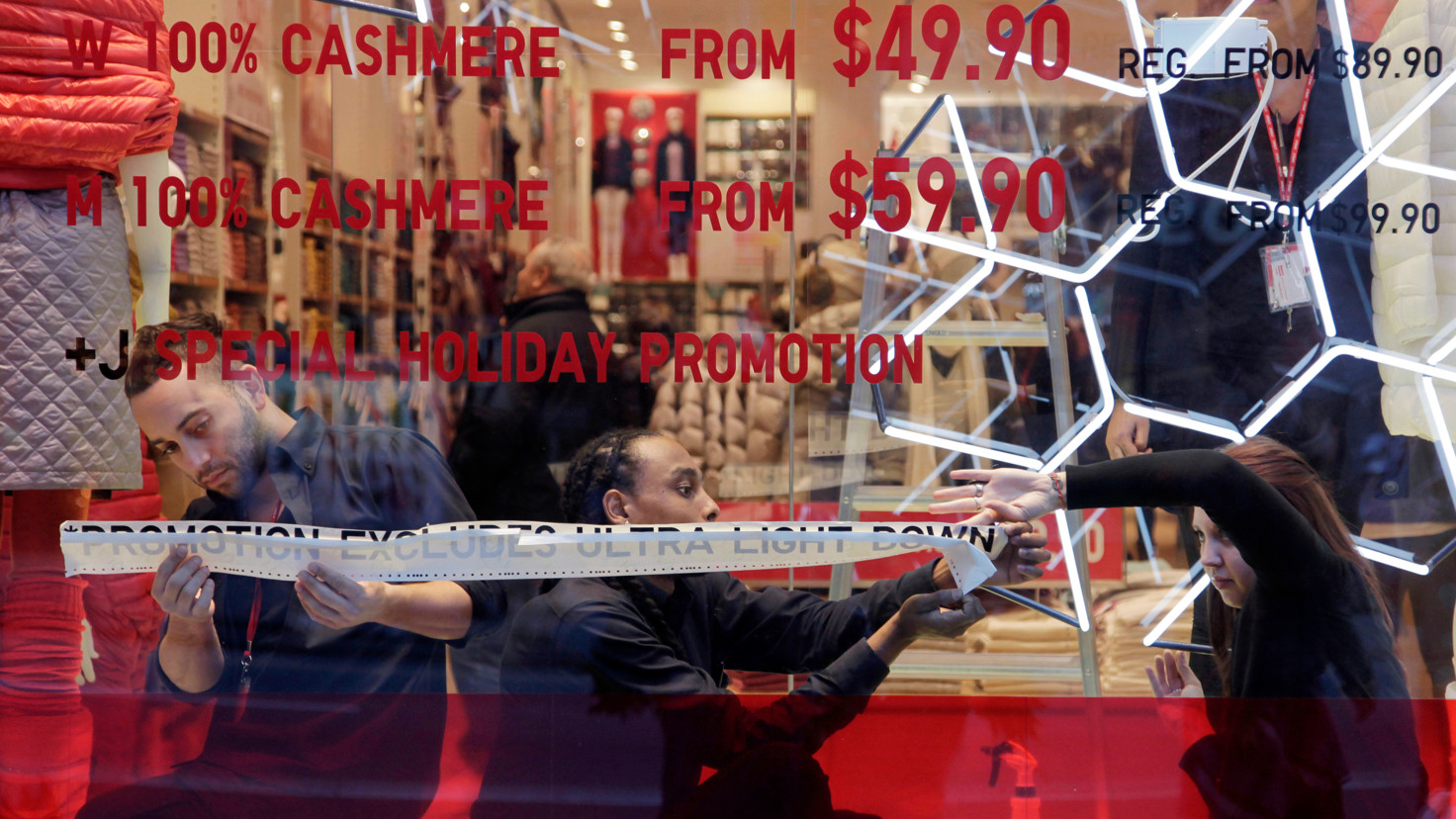 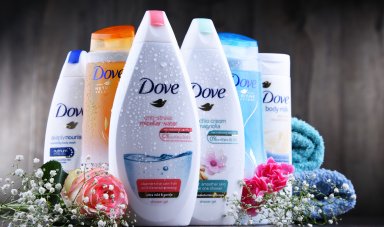 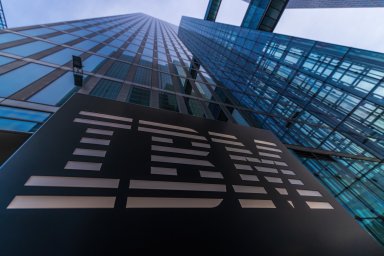