Twitter Inc. (TWTR) was founded on 21 March 2006 in San Francisco, California and has grown into one of the world's largest social media giants. Through short messages, photos and videos, individuals and organisations are able to communicate, either for personal or promotional purposes. Advertisers have the opportunity to increase their brand awareness and promote their products and services.

The company includes Twitter, Periscope, Promoted Tweets, Promoted Accounts and Promoted Trends. It has also acquired a number of companies since its inception and currently has multiple subsidiaries under its wing. Twitter Inc. states that it has more than 300 million monthly users globally.
The company went public on the New York Stock Exchange (NYSE) on 7 November 2013. It priced its shares for the IPO at slightly above £22 ($26) and by the end of the day, the price rose to almost £39 ($44.94).  In the past four years Twitter has increased its market capitalisation from around $10 billion (£8.6 billion) to around $25 billion (£21 billion).

The company’s stock has gone through some ups and downs in the past seven years. The difference between its lowest and the highest price in the last couple of years shows that Twitter has enough volatility for potential traders to make profits trading tokenised Twitter shares.

Aside from the fluctuations in price, the company has recorded a constant increase in its revenues since it underwent the IPO process. From $644 million (£557)  reported revenues in 2016, Twitter has managed to increase its global revenue to more than $3.4 billion (approximately £3 billion) at the end of 2019. It should also be noted that this revenue increase came during a period in which user numbers reportedly decreased. This surprising dichotomy only underlines that each trader and investor should monitor the relevant news and announcements in order to identify potentially profitable opportunities as all companies have their own idiosyncrasies.

You can invest in Twitter stock in a direct or indirect way. Direct exposure means that you invest in Twitter through the stock exchange where it is listed. While indirect exposure means that you can conduct your Twitter stock trading using contracts for difference (CFD), futures and options. Also, you can gain exposure to changes in the Twitter shares price by trading tokenised assets.

Tokenised assets are a form of derivative instruments which employs the blockchain technology to create smart contracts through a distributed ledger. Without going into extreme technical detail, the blockchain technology enables the exclusion of intermediaries and their fees from the trading and investing processes. Moreover, with tokenised assets, you can benefit from potential opportunities arising from the reference asset such as Twitter stock, without having to own the asset.

Tokenised assets can be used by traders to speculate on the future direction of the Twitter shares price. Aside from the fancy name, you open the positions as you would typically do with other investing options. If you expect a price increase then you would go long (buy tokenised assets), whereas if you think a price decrease is likely you would go short and sell. Keep in mind that tokenised assets reflect the price movement of the underlying asset.

One new opportunity enabled through tokenised shares trading is the opportunity for traders to open positions with crypto or fiat money. This eliminates the need to convert your cryptocurrency prior to investing or trading on Twitter shares, reducing costs and fees.

Through Currency.com’s leveraged trading platform, traders have the chance to multiply their profits. Currency.com provides margin trading options to its clients of up to 1:100, which means that you need only a fraction of the position’s value. Let us say that you want to open a long position with Twitter, but your available capital is only $700 or around £610. Even if the price moves 10 per cent, which is a significant price increase, you stand to gain only $70. On the other hand, with the 5 per cent margin offered by Currency.com for tokenised Twitter shares, you can take a long position worth $14,000 (£12,144) with the same amount of capital. Hence, a 10 per cent increase in price will bring you around $1,400 in profit.

You may think that the process of trading tokenised Twitter shares is complicated. But in reality, it is quite straightforward and is fairly similar to other trading options.
The following steps should be taken prior to trading:

Twitter stock trading at Currency.com tokenised assets exchange has a number of advantages. Tokenised assets are underpinned by our robust and immutable blockchain technology. Opening a trade will give you a token that tracks and moves according to the underlying instrument's price.

Trade tokenised Twitter shares with Bitcoin or Ethereum. Benefit from the stock's price movements without turning your crypto assets into fiat. 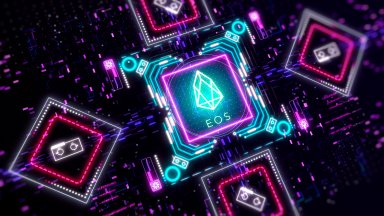 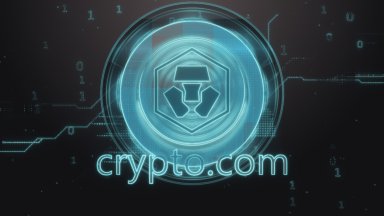