What is UK cocoa?

Cocoa is a commodity best known for the production of chocolate, which places it among the most popular traded commodities worldwide. An interesting feature of cocoa is that it has been used as a currency at some point in the past. Millions of tons of cocoa are produced each year and some of the top cocoa producing countries are Ivory Coast, Ghana, Indonesia, Nigeria, Cameroon, Brazil, Mexico, Colombia and Ecuador.

Aside from the cocoa producing countries, traders should also be aware of the сountries that are the biggest importers of this product: the United States, Germany, Belgium, Russia and France. The demand for cocoa is seasonal and closely related to the different aspects of chocolate production.

Aside from the opportunity to trade cocoa in its physical form, there are also derivative instruments associated with this commodity. The UK Cocoa No 7 spot refers to the futures contract used as a benchmark for the pricing of this commodity that is traded on the Intercontinental Exchange (ICE). The futures contract size is 10 tons and the price is quoted in GBP per metric ton with settlement performed upon physical delivery.

Performance of UK cocoa price in the past

The UK cocoa price has been through significant fluctuations in the past 10 years. It has recorded a couple of main clusters of bottom-peak-bottom movements, with smaller retracements and bouncebacks in between. UK cocoa reached its highest price in mid-2010 when it was near £2,500; the next peak was in the first quarter of 2011 close to the level of £2,400.  Another cluster of upward and downward movements in the UK cocoa price had peaks in the second half of 2016 with a value of £2,350, and November 2019 when the UK cocoa price was trading at slightly above £2,000.

The lowest value at which this commodity was traded during the past decade was a little below £1,400 in January 2018. After that it has significantly bounced back. It is interesting to see from the price chart that the fluctuations in the value of this commodity may offer some rewarding opportunities as the spot price may depreciate by more than 25 per cent in a couple of months. UK cocoa is attractive because of the size of its bouncebacks, which can be over 10 per cent. Of course, price retracements of less than 10 per cent are more common.

How to invest in UK Cocoa?

There are numerous options through which you can invest in UK cocoa. These methods are suitable for different trading styles, amounts of money available for investing and the access to relevant markets. You can decide to benefit by trading UK cocoa with its physical delivery, trading a commodity-related derivative or profit when trading instruments based on blockchain technology.

Trading UK cocoa in its physical form means that certain aspects should be considered. Traders must find a way to transport, store and protect the cocoa in a warehouse. They should also find potential buyers for the physical cocoa, which, unless you find a chocolate producer or similar client, may be a daunting task. Also, when you invest in UK cocoa in its physical form, profiting from a price decrease (short sale) is a rather complex process.

Traders can also invest in UK cocoa by trading the associated futures contract such as the UK Cocoa No.7 spot futures, which are traded on the ICE exchange. The major obstacle to trading UK cocoa through a futures contract is that it has a predefined contract size of 10 tons. At the same time, the price is quoted on a per ton basis, and the settlement is executed with physical delivery. So, unless you are a chocolate producer or you use cocoa in your production lines, it would not be so easy to make a profits with this method, either.

Exchange-traded funds or other types of managed funds is yet another option by which to invest in UK cocoa. Although investing through managed funds may offer benefits, it also has negative sides, and traders may need to consider a trading instrument which offers them the flexibility to open and close positions, with swift execution of orders, higher safety, lower costs and the opportunity to augment their profits.

Tokenised assets, accessible for trading on the Currency.com platform, are such instruments. This platform utilises blockchain technology and digitally tokenises commodities and other assets with the objective overcoming the drawbacks of other real assets. Tokenised assets mimic the performance of the reference assets without the need to directly buy or sell the asset or the need to own it.

Tokenised UK cocoa also enables traders to invest in this commodity directly with Bitcoin or Ether, eliminating the conversion costs to trade with crypto. The most appealing aspect of tokenised UK cocoa is the leverage offered by the Currency.com platform, which offers leverage of up to 1:100. Tokenised UK cocoa can be traded with a margin as low as 2 per cent. This would mean that you need only 2 per cent of the position’s value associated with UK Cocoa No.7. For example, opening a position worth £10,000 would require an available capital of only £200, but profits would be calculated on the overall position’s value. Hence, a 3 per cent price movement in your direction would bring you £300.

UK cocoa trading with Currency.com tokenised securities exchange has a number of advantages. Tokenised assets are underpinned by robust and immutable blockchain technology and opening a trade will give you a token that tracks and moves according to the underlying instrument’s price.

Trade tokenised UK cocoa with Bitcoin or Ethereum. Benefit from the commodity’s price movements without turning your crypto assets into fiat.

​​​​​​​Experienced traders can trade the world’s top commodities, like UK cocoa, with up to 1:100 leverage.

​​​​​​​Manage your risks and secure your profits with stop-loss and take-profit orders. Save your assets with negative balance protection.

​​​​​​​We have a scalable and low latency order management system, which can execute 50 million trades per second. 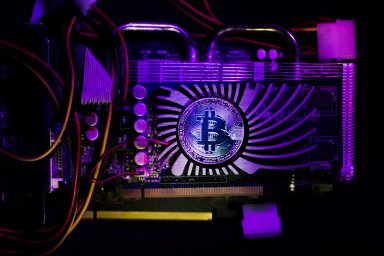 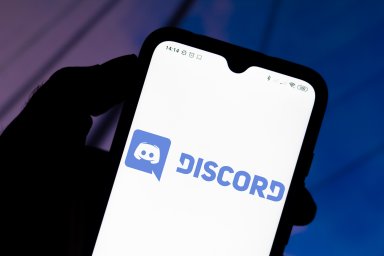 El Salvador’s bitcoin adoption ‘may come at a high cost’
Raffaele Redi •
1BTC
Invest
20BTC
Profit
Leverage:
x20
The Power Of Leverage
Trade in the big leagues with 100 Bitcoin for every 1 Bitcoin you put in
Start trading now