Ukraine crypto donation: How your cryptos can aid Ukrainians

Cryptocurrency charity donations have quickly become one of the ways for people to support Ukraine in its struggle to cope with the invasion by Russia.

A range of fundraising appeals have been set up from established charities including the Red Cross and the UN Refugee Agency. Crypto donations are proving a popular choice, with $13m being raised just by the Ukrainian government’s own appeal.

As the situation in Ukraine worsens, other crypto charity platforms have emerged.  These range from bitcoin donations supporting the military to a sold out NFT collection aiding Ukrainian journalism.

Just as with any investment, donors should research thoroughly before making a crypto donation for Ukraine as there are scams to be aware of. Blockchain data company Elliptic has already identified scammers taking advantage of the crisis and posting fraudulent crypto fundraisers.

However, some organisations are praised for their crypto fundraising efforts.

For those seeking an official Ukraine crypto donation platform, the government tweeted on Saturday it was “accepting cryptocurrency donations”. It provided two wallet addresses that were receiving ether and bitcoin.

Mykhailo Fedorov, Ukraine's vice prime minister and minister of digital transformation, has also tweeted a TRON address for users to send USDT tokens to. The founder of TRON DAO, Justin Sun, later verified the address through the Ukraine embassy.

At first, Vitalik Buterin, the Ethereum co-founder, was also sceptical of all the addresses. But he later tweeted that he received “confirmations from a number of sources that it’s legit.” However, Buterin continued to warn his followers to be careful of crypto transactions as they are often irreversible.

Elliptic said $13.6m have been sent to all three wallets, as of 28 February. The government told Sky News that the crypto donations will be used to “destroy as many Russian soldiers as we can”.

Set up in 2014, Come Back Alive is a Ukrainian NGO that supports the army through equipment, training and tackling propaganda. “For the seventh year in a row, the fund provides the Ukrainian army with the most important thing – a tactical advantage,” its website said.

The NGO began accepting cryptocurrencies in 2018 and received almost $200,000 in the second half of 2021, according to Elliptic. Data from Blockchair shows its bitcoin address, supplied on its donate page, has received $7.3m worth of BTC.

Elliptic found the majority of this has been donated in the past week. It also noted that an anonymous donor had gifted $3m worth of BTC to the charity.

It is not only individuals gifting to the NGO. A number of crypto and NFT projects have been set up to support this charity, one of which is UkraineDAO.

From CoinDesk to Bloomberg, UkraineDAO has begun to make a name for itself. One of the project’s organisers is the Russian punk band Pussy Riot, known for their provocative, guerrilla gigs, with lyrics openly criticising Vladimir Putin.

The decentralised organisation is raising money for two charities, Come Back Alive and Proliska, which is an NGO assisting vulnerable civilians in the separatist regions Donetsk and Luhansk.

UkraineDAO’s website lists two ways to donate to the causes. Donors can send ether straight to its wallet address or they can take part in a “party bid”. The bidding is a joint effort for a Ukrainian flag NFT, where each contributor gains a LOVE token. At the time of writing, there is $3.5m in the bidding pool.

“These tokens have no utility nor value, but are a beautiful testament and reminder of your contribution to a noble cause,” the website stated.

Another NFT project donating to Ukrainian causes is Reli3f. It describes itself as an “humanitarian aid initiative”, founded by 41 NFT and Web3 artists. Among them are Satvik Sethi who is a product manager at Mastercard and the NFT artist Andrew Wang who has previously worked with TIME magazine.

Just 30 seconds after launching the NFTs, Reli3f raised $1m and sold out the collection. However, there are still ways for donors to participate. All of the royalties from the secondary sales are going towards their chosen causes.

Reli3f has sent half of the funds raised to three organisations: Come Back Alive, Local Ukraine Media, and Hospitallers. The wallet address for Local Ukraine Media was set up by the Kiev Independent publication, the aim of which is to help the media relocate and continue their operations. Meanwhile, Hospitallers is crowdfunding for equipment and vehicles for a medical battalion.

The rest of the Ukraine crypto donation is being held for the time being as the Reli3f team has recognised that the condition is continuously changing and priorities can switch quickly. It tweeted: “For example, there may be a sudden, overwhelming need for medical supplies, and we want to be prepared for that.”

Donors should be wary that at least three scam versions of the project have been found on OpenSea. Before donating, make sure that you have found the official account.

Unchain Fund is following the trend of crypto projects that have quickly assembled to support Ukraine. The organisation is sending funds to five charities that provide food, migrant support, communication, medicine, and protective equipment. It has specified that the project is not fundraising for weapons.

The organisations supported by Unchain Fund:

All of the Ukraine crypto donations are being sent to a multisig (multisignature) wallet, one that is controlled by many people. Among the nine wallet controllers are the NearProtocol co-founder Illia Polosukhin and the HarmonyProtocol fellow Nick Vasilich.

At the time of writing, Unchain Fund has raised over $1.5m through five different blockchains. These include Binance Smart Chain, Ethereum, Avalanche, Harmony, Polygon, Near, and Celo.

Unchain Fund is planning to continue offering more donation opportunities. An NFT project is in the works where artists will draw on its chain theme, according to TheDefiant.

The future of fundraising

The mass crypto adoption in recent years has led to an efficient and successful fundraising method. The quick transactions that do not face border restrictions have made it a favourable way to send donations to Ukraine.

In total, $24.3m worth of cryptocurrency have been raised by the projects listed above. There are even more fundraising platforms that are accepting crypto, but not all are easy to verify.

Unfortunately, charity fraud is nothing new and is now being used to scam crypto donors for funds thought to be helping the Ukraine crisis. While there are legitimate crypto NGOs, be wary of fraudulent wallet addresses.

The Ukrainian government is accepting bitcoin, ether and USDT donations to aid with the on-going crisis.

There are a range of organisations accepting crypto donations for causes in Ukraine. For example, UkraineDAO is supporting vulnerable civillians and the military. However, donors should always do their own research before making a donation as a number of crypto charity scams have emerged.

Crypto donations: A guide to charitable and ethical crypto

Ukraine urges crypto exchanges to freeze Russian accounts
The material provided on this website is for information purposes only and should not be regarded as investment research or investment advice. Any opinion that may be provided on this page is a subjective point of view of the author and does not constitute a recommendation by Currency Com Bel LLC or its partners. We do not make any endorsements or warranty on the accuracy or completeness of the information that is provided on this page. By relying on the information on this page, you acknowledge that you are acting knowingly and independently and that you accept all the risks involved.
АWin-Win
referral programme
Learn more 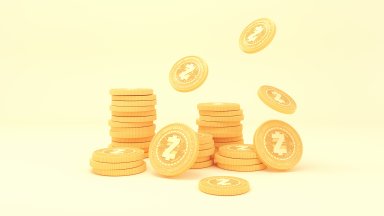 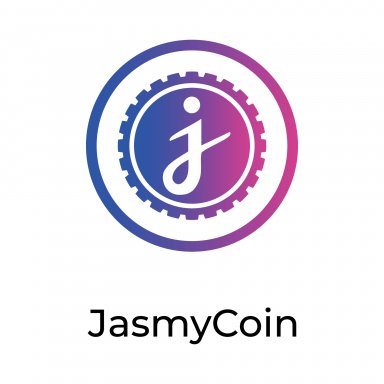 Jasmy price prediction: Where next for JASMY? 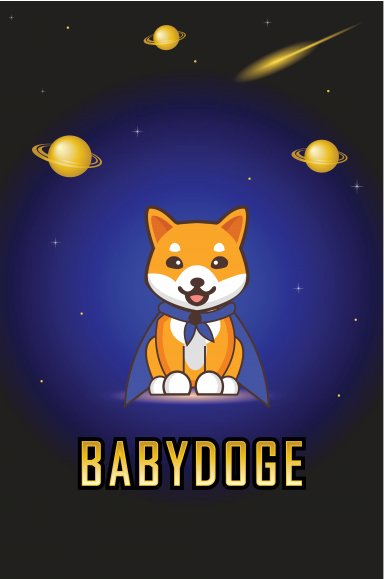