US discusses stablecoin review and crackdown

US officials are in talks regarding the idea of launching a formal review into whether tether and other stablecoins are a threat to financial stability, which if does go ahead could severely impact the cryptocurrency section.

The Treasury Department and other federal agencies are close to reaching a decision after weeks of deliberation whether to go ahead with a review. The examination, if given the green light will be conducted by the Financial Stability Oversight Council (FSOC), according to three people familiar with the topic who wished to remain anonymous.

The FSOC is a US federal government organisation which identify and monitor excessive risks to the US financial system. The FSOC has the power to label companies or activities a threat to the financial system, which usually leads to rules being implemented and being monitored by regulators.

The FSOC's process involves a lengthy study as well as an assessment of which federal agencies should respond to the issue and how they should go about it. The council have the power to ask agencies to intervene in the market and minimise the danger stablecoin transactions could bring.

According to CoinMarketCap, tether is the highest valued stablecoin. A stablecoin is described as a crypto which is pegged to fiat money or a commodity. The idea behind this is that it removes the wild fluctuations cryptos have been known to endure. Tether has been valued at $1 for the past two months.

The Plunge Protection Team (PPT) also known as The President’s Working Group on Financial Markets, which provides financial and economic recommendations to the US President during turbulent market times, is led by Janet Yellen, secretary to the Treasury has had a focus on tether and stablecoins since December 2020.

In July 2021, the PPT discussed the rapid growth of stablecoins, the potential use of stablecoins as a means of payment and potential risks to the financial system. The PPT said: “the secretary underscored the need to act quickly to ensure there is an appropriate US regulatory framework in place.”

In attendance of this meeting was Gary Gensler, chair of the Securities and Exchange Commission, Jerome Powell, chair of the Federal Reserve System (Fed) and other US financial officials.

The group is planning on releasing stablecoin recommendations by December this year and a consensus is building that an FSOC review is warranted.

Senator Elizabeth Warren and the FSOC

Back in July this year, Elizabeth Warren, a senior US senator for Massachusetts wrote to the FSOC and Yellen, who is chair of the body, asking for a regulatory strategy needed for cryptos. Warren said: “I am writing to you in your capacity as chair of the FSOC regarding the need for a coordinated and cohesive regulatory strategy to mitigate the growing risks that cryptocurrencies pose to the financial system.

“I urge FSOC to act with urgency and use its statutory authority to address cryptocurrencies’ risks and ensure the safety and stability of our financial system. The longer that the United States waits to adapt the proper regulatory regime for these assets, the more likely they will become so intertwined in our financial system that there could be potentially serious consequences.”

Speaking to Currency.com, Max Sapelov, co-founder and chief technical officer (CTO) of CoinLoan, the only regulated crypto loan company in Europe backs the notion that stablecoins like tether should be eligible to tighter checks.

The CTO believes stablecoins are the “primary fuel” of the crypto market, however, he believes tokens like tether “have no verified backing as they haven’t passed an audit”.

The CoinLoan co-founder goes on to say that companies like Tether “must be stripped of the right to issue any kind of stablecoins”.

Additionally, Sapelov believes Central Bank Digital Currencies (CBDCs) are the future of cryptos. Also, that some stablecoins only possess a very small amount of the crypto which is actually pegged to a fiat currency. Sapelov said: “The government will be behind CBDC and control its emission. Now the market is full of stablecoins without any backing. The majority of the private companies behind issuing stablecoins do not peg their tokens to state currencies. According to the latest Tether report, only 4% of its stablecoins are backed by fiat reserves. The rest remains in question. The main risk of such stablecoins without any backing is that they could lose their value blazingly fast. Hence, it's a huge risk.”

Powell has echoed these words as in July this year, the chair of the Federal Reserve said that stablecoins face a threat from a US CBDC being released, as a CBDC would make a stablecoin obsolete.

The chair said: “that’s one of the stronger arguments in its favour”. The Federal Reserve seemed to have a split opinion on CBDCs. As during August, two members of the US Fed’s board of governors voiced conflicting opinions on CBDCs.

US Fed Governor Christopher Waller has said he is “highly sceptical” that the Fed actually has a “compelling” case to create a CBDC. Waller made these remarks at the American Enterprise Institute in Washington, DC on 5 August.

Whereas at the beginning of August, US Fed Governor Lael Brainard reportedly spoke out strongly in favour of a CBDC while speaking at the Aspen Institute’s Economic Strategy Group, concluding that it is a matter of “urgency” for the US central bank to develop one.

The CoinLoan co-founder is aware that regulation sounds scary to some crypto enthusiasts, but “it will benefit the market long-term and help the crypto industry gain more trust”. 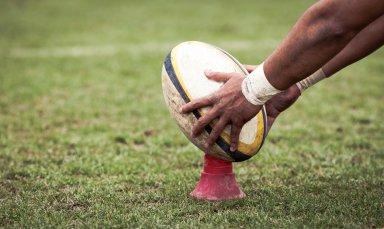 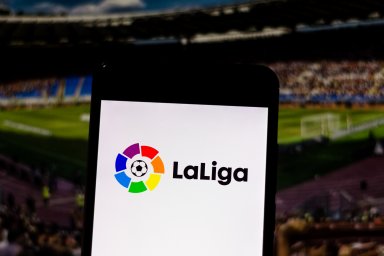