News&Features Features Vaping deaths: What does this mean for the e-cigarette industry?

Vaping deaths: What does this mean for the e-cigarette industry?

At least 33 people have died in the US from vaping-related illnesses. Can e-cigarette businesses shake off the scandal?

It was meant to save the world from a global health crisis. But now, questions are being asked about whether vaping really is a healthy alternative to smoking.

The furore stems from a spate of vaping deaths in the US. According to the Centers for Disease Control and Prevention (CDC), almost 1,500 people have suffered lung injuries as a result of using electronic cigarettes. The outbreak has also made international headlines, with at least 33 confirmed vaping deaths having been reported.

So what’s going on? Well, the CDC’s advice to the American public is that all vaping products are unsafe – irrespective of the user’s age. This is especially true among young adults, as scientific research suggests that it can harm brain development in teenagers. However, there’s a bit of nuance here: most of the patients who have fallen ill or died had a history of using products that contain THC – the main psychoactive compound in marijuana.

Despite this, major vaping brands are being dragged into the scandal – even those that don’t sell e-liquids featuring THC. This is because they have been accused of making their products accessible to minors through fruit- and dessert-inspired flavours that prove attractive to teenagers.

No longer the crown Juul

The company at the eye of this storm is Juul, the largest manufacturer of e-liquids in the world. Boasting 70 per cent market share in the United States, Juul’s sales exploded by an estimated 641 per cent in 2016 and 2017. However, regulators have claimed that a key factor in its booming business has been its presence on social media, with adverts helping to boost its profile among young adults.

Amid a backlash from the media and health officials alike, Juul has been forced into a substantial retreat. Given how one e-liquid cartridge has the nicotine content of 20 cigarettes, and the drug is delivered almost three times faster, critics have claimed that this innovation has the potential to be even more addictive.

The dominos have already started to fall. America’s Center for Environmental Health (CEH) recently reached a legally binding settlement with Juul that featured a long list of demands – and violating any of them could result in lawsuits. Adverts are now banned on platforms where more than 15 per cent of the audience is under the age of 21, promotions are completely prohibited on social networks such as Facebook and Twitter, billboards cannot be placed within 1,000ft of schools, and sponsorship of concerts and sporting events where young adults could be in attendance is also banned. Juul is also under an obligation to continue a secret shopper programme where underage volunteers attempt to buy its e-liquids in stores, with action taken if a product is sold without proof of age being presented.

Given that 35 per cent of Juul is owned by Altria Group, the parent company of Phillip Morris, the Big Tobacco behemoth that owns major brands such as Marlboro, regulators are not mincing their words. Michael Green, the CEO of CEH, said: “Young people today think that smoking is gross, so Big Tobacco switched to a new product: e-cigarettes. Juul uses sophisticated and targeted marketing to convince youth that e-cigarettes are safe. We just couldn’t sit back and allow Big Tobacco to hook a new generation of nicotine addicts. The e-cigarette industry is a nearly $4 billion uncontrolled experiment on our children’s health.”

A business up in smoke?

Juul is privately held, but the scandal has had an impact on what investors are willing to pay for stock. When Altria acquired its stake in the company, it paid $249 a share – valuing Juul at a whopping $38 billion. But now, bidders have been reluctant to pay anything more than about $220 a share, wiping billions off its value.

Aside from its legally binding settlement, Juul has attempted to be proactive and show the public it is taking action to stop young people vaping. An immediate suspension has been ordered on the sale of popular flavours based on mangoes, berries and cucumbers. That said, its menthol and mint cartridge – one of the company’s bestsellers – continues to remain on shop shelves.

The CDC hasn’t pulled any punches by claiming that vaping in any capacity is dangerous. But given how many of the vaping deaths involved THC, some fear that a resolute stance against all e-cigarettes could end up doing more harm than good – and stop people from giving up smoking tobacco.

Not all countries around the world are treating vaping so negatively. One of the most liberal countries when it comes to the e-cigarette industry is the UK, where the governmental body Public Health England has gone so far as to claim that vaping is 95 per cent less harmful than smoking traditional cigarettes. To quantify this, it says that the nicotine in e-liquid is only as harmful as the caffeine in a cup of coffee.

There are still big question marks over the long-term health effects of vaping. These products have been marketed suddenly and aggressively, with millions of users embracing them over a short period of time. But only time will tell whether big e-cigarette industry brands such as Juul can weather the storm. 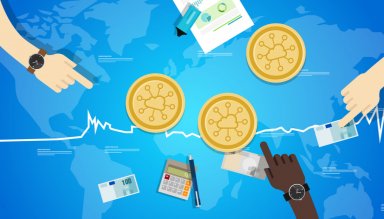