As musicians and filmmakers began entering the NFT market, a need arose for a different form of NFT. Now the world’s first hybrid NFT, a film called ‘Lockdown’, is entering the market

Now that we have just begun to get used to non-fungible-tokens (NFTs), the market is already about to launch the first hybrid NFT ever, in the form of a film called Lockdown. But first, what is a hybrid NFT and how does it differ from other NFTs?

By definition, NFTs are cryptographic assets run on the blockchain that have unique identification codes and metadata that distinguish them from each other. Unlike cryptocurrencies, which are identical to each other and are fungible tokens, they cannot be traded or exchanged at equivalency, rather they are only sold as assets or collection pieces.

The boom of NFTs on the market has also brought concerns about possible bubble risks. The market currently amounts to more than 80,000 sales per day (including primary and secondary sales), with the daily trading volume standing at over $307m after having topped $1bn for the first time at the end of August 2021.

So what are NFTs?

An NFT could be something as simple as a screenshot, such as the first Smiley emoticon ever created, which was just auctioned off by Sotheby’s for less than $20,000, or a Twitter thread, or digital cards and postcards, for example. However, digital artworks are the most common form of NFT on the market.

An example of digital art NFTs are Crypto Punks, which are now being auctioned off by major auction houses. The Crypto Punks NFTs reached an overall trading volume of $1.3bn, with some of the artworks considered to be worth more than $10m.

Some NFTs are now being considered original pieces of art, and many artists are jumping on the NFT train as it guarantees them royalties every time their pieces get sold, including in second-hand sales.

But as musicians and filmmakers also began entering the NFT market, there arose a compelling need for a different form of NFT, one that could divide intellectual property (IP) and commercial rights on the piece. This is where hybrid non-fungible-tokens (h-NFTs) come into play.

What are hybrid NFTs?

An h-NFT is an integrated, best-in-class, smart contract that can not only execute the transaction on the blockchain, but also contain the specific legal terms of the IP ownership, licence and/or rights.

Each hybrid NFT contains the following:

Bonanza Goldfields announced it will be launching the world's first hybrid-NFT, a film, on the OKEx NFT marketplace on 5 October 2021.

Being Asia's first NFT film, Lockdown is an international thriller based on the coronavirus pandemic featuring a global cast that includes John Savage (Do the Right Thing), Xander Berkeley, who starred in The Walking Dead, and Hong Kong actress Anita Chui.

According to Bonanza, for the film h-NFT, the buyer will own the movie file as well as the non-exclusive perpetual worldwide non-commercial and non-profit licence to view the movie on private premises.

The buyer will have a copy of the sale and purchase agreement for the licence to mint and sell NFTs related to the film, which will all be stored on the blockchain. Based on the terms of the purchase, the h-NFT owner would also be able to resell the h-NFT film after viewing it.

Furthermore, Bonanza explained that for the UK premiereof its h-NFTs, each h-NFT will contain a pair of exclusive invitation tickets for its holder to attend the gala premiere with the actors as well as industry insiders. The tickets will also give them access to any subsequent online events and community sessions with the cast.

The film is slated to be released in the UK on 23 November 2021 and the UK Premiere screening has been scheduled for 7 October 2021.

In support of the UK launch of the film, Marvion, which Bonanza is about to acquire, will be releasing two limited-edition film h-NFTs and five limited-edition UK premiere h-NFTs on the OKEx NFT marketplace.

Julian So, adviser to BONZ and interim CEO of Marvion, said: “We are extremely excited to launch the world's first hybrid NFTs on the OKEx NFT marketplace, after careful consideration of any environmental cost.

“This launch is groundbreaking in the sense that it opens up a completely new and innovative way for film enthusiasts and movie-goers to be immersed in a holistic movie experience.

“We hope this can revolutionise the traditional movie industry and allow the community to not just watch the film, but to also be able to own collectibles and movie memorabilia from the film itself by way of buying the h-NFTs.” 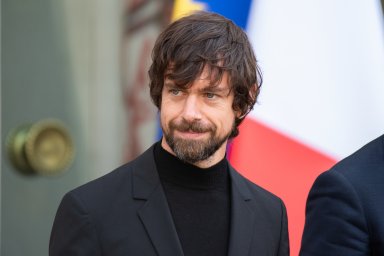