IEOs – what they are and why you should care

What is an initial exchange offering and what is its role in the development of crypto?

If you have been tracking crypto for a few years now you will probably know a great deal about Initial Coin Offerings, or ICOs as they became known. These were hailed by some people as an incredibly useful and exciting way to democratise investment and enable nascent businesses to attract significant chunks of cash. And by others, a bit of a scam.

To recap, ICOs enabled anyone, anywhere in the world, to fund a business via a token or coin offering. The barrier to entry was ridiculously low. All the company required was a credible-ish idea, a white paper, and a bit of cash to spend on marketing. Some coins offered securities, so effectively shares in the business that was being created. Others offered coins as utilities, so for example, you would use the coin to spend on products or services offered by the coin creator.

Although there have been some very successful and credible ICOs, including NEO and Filecoin, for the most part the ICO world was dominated by poor quality companies touting half-baked ideas and sometimes worse, outright scams.

Not surprisingly the world’s financial regulators soon took action and ICOs are banned in a lot of countries including China, Pakistan and Algeria. In many other countries regulators are drawing up legislation to limit ICOs or ban them all together.

What is wrong with STOs?

By the end of 2018 the wild west of the ICO was over and fortunately the companies that were credible, and the coins that had promise, began to slowly establish themselves.

This, however, left companies and investors with a problem. How could new coins and innovative companies be launched if no one trusted ICOs? The answer seemed to be a concept called an STO (Security Token Offering). These are not too dissimilar to ICOs in that investors exchange money for coins or tokens representing their investment. Yet the key difference is that the tokens that are issued are securities and are linked to an underlying investment asset. In this way they are similar to stocks, bonds or other funds.

STOs seemed to be the answer as they ferreted out the scammers and assured investors that they would get something tangible for their money. Not everyone was keen though. Tighter regulations meant that a lot of people who invested in an ICO could not invest in a STO. Conversely some entrepreneurs didn’t like STOs as the more stringent regulations meant that the process of launching one was lengthy and time consuming.

Surely there had to be a halfway house between the two and that's exactly where the IEO (Initial Exchange Offering) came in.

IEOs seek to address the key issues of ICOs, but aim to keep some of their flexibility and openness for investors.

Put simply IEOs are ICOs that are managed by exchanges, the places that grew up online selling cryptocurrency. Big names include Binance, Huobi and Coineal.

They seek to manage the ICO to ensure that it is fair, trustworthy and will ultimately, in theory at least, deliver value for investors.

So whereas ICOs were the preserve of the company that created it via their own website the IEO is managed and run by a third party. The company that seeks investment comes up with a concept, creates a white paper and then requests to list the coin sale on the exchange. The latter then undertakes due diligence ensuring that KYC/AML restrictions are not breached, that the business is credible and that the deal would be a good fit for both parties.

If the exchange is happy they manage the whole process. Firstly, they undertake marketing. Given the relatively high profile of most exchanges marketing is relatively straightforward. For individual companies it was often a nightmare to attract investors.

Then the exchange manages the sale of the tokens and finally, when the sale has finished, the coins are listed on the exchange. This is a big thing for investors as for some ICOs it could take months or even years before they had a token that they could sell if they wanted to. With an IEO the tokens are available instantly and trading begins straight away.

The exchange makes money by taking a cut (or a number of coins) from the new business, as well as obviously benefiting from any transactions. Another advantage of the offering being managed by the exchange is that they enable investors to buy coins using whatever type of currency they want including fiat. For many ICOs the only way people could invest was via a cryptocurrency.

So what type of companies are offering IEOs?

Binance has unveiled a dedicated IEO platform called Binance Launchpad. Among the companies that have raised cash in this way are Gifto (a protocol built on Ethereum that allows users to exchange virtual gifts through digital social media platforms), Fetch.ai (a blockchain and AI based project) and Celer (a technology that enables blockchain networks to scale).

Another interesting thing about IEOs as opposed to ICOs, is that they so far have raised smaller amounts of money for the companies. The most high profile ICO, for example BitTorrent raised $7.2 million (£5.3 million), way short of the $2.5bn raised by EOS. Typically IEOs are delivering more modest sums to enable nascent businesses to gain traction.

Lastly, and perhaps a little confusingly, some companies undertake an ICO and an IEO. The former is invariably a small pre-sale to high networth individuals, which is then followed by the latter in which the tokens are available to everyone.

So the key question then is “are IEOs the future?” Will they precipitate a surge in new token sales that will fuel a boom in cryptocurrency along the lines of late 2017?

The honest answer is that at this point, no one knows. They do appear to represent a more sensible and accessible approach for both investors and companies than either STOs or ICOs, so maybe they will establish themselves as the de facto way that coin-based companies raise capital in the future. Only time will tell... 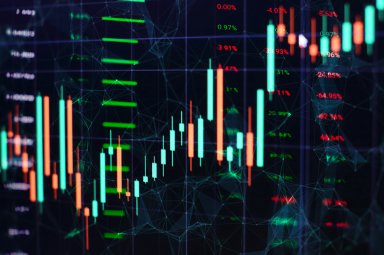 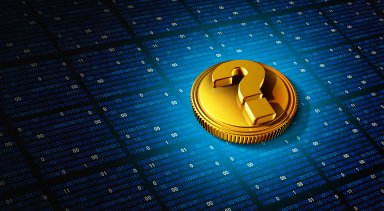 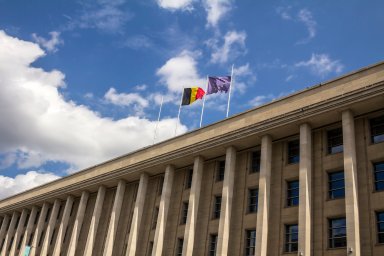 Should I become a full-time or a part-time trader?