Learn to trade The basics What can you buy with cryptocurrency? A guide

What can you buy with cryptocurrency? A guide

What can you buy with your cryptocurrency? This guide should help answer that.

While cryptocurrency is fast becoming a crucial part of the world of investments,  it is, ultimately, a means of exchange. So, as well as serving as something to be traded and invested, people can, at least in theory, buy tangible real-world things with it. But what can you buy with cryptocurrency? What can cryptocurrency be used for? Let’s take a look.

The very first real-world purchase made with bitcoin was almost 12 years ago, on 22 May 2010, when a computer programmer called Lazlo Hanyecz went on an online forum and struck up a deal with a fellow internet user. Hanyecz would send the user 10,000 bitcoin and, in return, he would get two large pizzas from a branch of the Papa John’s restaurant chain. While this transaction, which would have been worth around $41, was a pretty good deal and, more importantly, a pioneering one, it may not have been the best use of the coin’s value. While in the early days of crypto 10,000 BTC was not worth terribly much, the price has boomed. Currently 10,000 bitcoins would be worth a little under $590m. Those pizzas would work out at around $29m a slice.

One answer to the question “where can I spend cryptos” is El Salvador. On 7 September 2021, the Central American nation became the first country in the world to make bitcoin legal tender. Legislation passed by the El Salvadoran government said, “In order to promote the economic growth of the nation, it is necessary to authorise the circulation of a digital currency whose value answers exclusively to free-market criteria, in order to increase national wealth for the benefit of the greatest number of inhabitants”, choosing bitcoin as its coin of choice, while noting that 70% of the country’s population did not have access to banking services.

The new law said that BTC was “unrestricted legal tender with liberating power, unlimited in any transaction, and to any title that public or private natural or legal persons require carrying out”, meaning, in effect, that anything that was legal to buy in El Salvador could be purchased in bitcoin. While it may seem like a bit of a silly answer to the question “what can I buy with bitcoins?” to say “anything, so long as it is in El Salvador”, it is nevertheless a correct answer. To help the introduction of bitcoin along, the country’s government set up a trust, worth $150m, which would give citizens a $30 bonus and the Chivo electronic wallet, which will let people convert cryptocurrencies to USD without having to pay commission.

What other sorts of crypto transactions are possible?

Other things to buy

There are some retailers which accept cryptocurrency as a payment. The UK beauty retailer Lush takes crypto as a form of payment on its website, while among others, Starbucks and Whole Foods Market have begun to accept cryptocurrency payments in Bitcoin, Ethereum, Bitcoin Cash and Gemini dollars. This is through a platform called Spedn, which enables consumers to make purchases through an app on their smartphone. The funds are instantly converted to local fiat currencies on behalf of the merchants.

There are currently more than 30,000 bitcoin automated teller machines (ATMs) across the world. This is a hefty figure, and especially considering that on 1 January 2021, there were just 14,016, showing how they have more than doubled in number in just over 10 months. These machines allow you to both buy bitcoin and swap it for fiat currency, making holding crypto a lot more accessible.

Cars and crypto; when Lambo?

One of the more surprising companies that will not  accept crypto payments is Tesla. The electric car manufacturer’s chief executive, Elon Musk, has long been an advocate of cryptocurrency and in the early months of 2021, you could buy a vehicle from Tesla with bitcoin. However, because of concerns over the environmental impact of bitcoin mining, which sees large numbers of computers working to solve increasingly complex mathematical equations and using massive amounts of electricity to do so, the company stopped taking crypto as a method of payment earlier this year. The move saw bitcoin and cryptocurrencies as a whole losing their value and was one of the motivations behind the great crypto day crash of 19 May. Despite that, it looks like Tesla might be about to change its mind again. In an October filing with the United States Securities and Exchange Commission (SEC), the company said, “We may in the future restart the practice of transacting in cryptocurrencies ('digital assets') for our products and services.”

While it is not known if, when, and in what cryptocurrency Tesla might start doing business again in crypto, this would be encouraging news for the sector.

That said, if you want to buy a car with cryptocurrency, it is definitely possible. You may well have heard crypto investors asking the perennial question “when Lambo?” but, if you have enough crypto, the answer is “right now”. That is because the online retailer BitCars has a Lamborghini LP 640-4 Performante on sale for seven bitcoin.

Now, suppose you bought a car with cryptocurrency, would you not also want to buy a house with it? That is possible, but it might be difficult. For a start, mortgage bankers must report any deposit that seems to be either too large or an odd figure. Many crypto payments fall into this category, meaning there is a need for more documentation which can, in turn, make the house-buying process slower than it might otherwise be.

Furthermore, there are some mortgage underwriters who do not recognise cryptocurrency as a valid form of payment. A spokesman for Wells Fargo told Yahoo Money that it only accepted funds from liquidated crypto accounts, and even then there needed to be proper documentation. The bank said, “We do not purchase loans originated by other lenders through our correspondent channel if such funds were used for the down payment or closing costs, due to additional complexities associated with ensuring compliance with our validation and documentation requirements.”

On the other hand, Veterans United said it was seeing more people wanting to use crypto to buy homes, with vice president Chris Birk saying: “At the end of the day, it’s another asset source converted into dollars.”

Depending on the exchange, yes. You sell your crypto for fiat currency and you should be able to withdraw it from your crypto wallet.

If you want to buy cryptocurrency, why not try currency.com? Remember to do your research, never invest more than you can afford to lose, and that prices can go down as well as up. 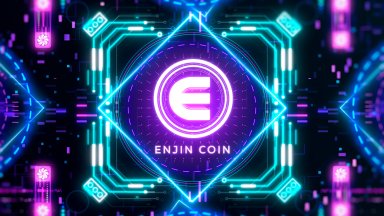 What is coti (COTI)? Your ultimate guide