News&Features Features What if Ethereum were a superhero?

What if Ethereum were a superhero?

Next in our YouTube series, we transform Ethereum into a superhero and study its strengths and weaknesses

Ethereum has become the superhero for decentralised finance, rescuing users from the dreaded middleman. But what would the blockchain look like if it were in a superhero universe.

In a new video series, Currency.com is exploring the superhero properties of cryptos. We previously turned Bitcoin into a superhero, and you certainly wouldn’t want to be the villain up against that warrior.

But how about Ethereum? In the latest video, we look at the blockchain’s strengths, weaknesses and its unique superpower: freeing us from centralised finance.

Age says a lot about a superhero. Spider-Man is the high-school newcomer whose youth brings agility, while Iron Man is the technology entrepreneur with years of experience. Ethereum’s age leans more towards the Spider-Man end of the scale, but Spidey in the Tom Holland movies – a young superhero with lots of hi-tech gadgets.

Bitcoin is a teenager, because it was only born in 2009. However, Ethereum is more like a toddler, because the blockchain wasn’t founded until 2015. That did not stop Ethereum from fuelling a revolution in the financial sphere, though. The network introduced the world to decentralised apps (DApps), computer applications that run on the blockchain and do not require a central authority to manage.

Ethereum’s founder is young, too. Vitalik Buterin was only 19 when he wrote the white paper for the blockchain. John Dough, Currency.com’s own crypto expert and YouTube presenter, says in the video: “So, Ethereum is wise beyond its years and there are some very high expectations on its technology as well as its creator. So, I reckon it’s gotta be like Harry Potter: a young, nerdy but gifted wizard with the ability to transform the world.”

On the other hand, Bitcoin’s price and market capitalisation is much higher than Ethereum, showing that Ethereum’s strength is in DApps rather than trading. Dough says: “So like Harry Potter, our hero isn’t exactly Mr Steal-Your-Girl. Its popularity comes from intelligence. It’s an Albert Einstein of the crypto sphere because of its superhuman brain.”

Ethereum’s main weakness is its high energy use. Out of all the cryptocurrencies, Bitcoin uses the most energy, but Ethereum is not innocent. Bitcoin uses 104 terawatt hours against the 79 terawatt hours used by Ethereum. The energy use and consequent environmental impact of cryptocurrency is concerning for potential investors. Ethereum has even got an environmentally friendly rival, Algorand, which is a less energy-intensive blockchain with DApp capabilities.

The reason Ethereum’s energy use is so high is down to the proof-of-work system. This is where computers validate transactions by solving complex puzzles. Proof-of-work requires a large amount of computational power to solve these puzzles.

However, Ethereum has seen that environmental, social and governance (ESG) factors are high on the agenda, and is planning on switching to a proof-of-stake system this year. Instead of mining, this system requires users to stake ether before validating a transaction. If the stakers try to validate a fraudulent transaction, the user loses the staked ETH and is banned.

Dough says: “The perception is that Ethereum is energy-intensive. That could quickly change with the Eth 2.0 upgrade. But for the moment, we need to reflect the reality and that means a bit of smoke coming out them ears.”

Ethereum has another weakness: security. Bitcoin may have proved invincible to malicious attackers, but Ethereum is not so lucky. In 2016, the DAO smart contract, a crowd fund that held $150m, was hacked through vulnerabilities in the code. Fortunately, only $55m was stolen, as Buterin quickly created a hard fork by splitting the network into Ethereum and Ethereum Classic. The classic version is dedicated to smart contracts, whilst the other is used more for trading ETH.

In the Currency.com video, Dough says it is important to understand that it was not the Ethereum network that was hacked; it was the DAO smart contract. However, there are concerns that switching to the proof-of-stake system will make Ethereum more vulnerable to fraudster villains.

From exchanges to banks, middlemen have become a staple of the financial industry. But Ethereum aims to change that through smart contracts – automatic computer algorithms. Taking out a traditional loan involves going to the bank and proving that you can repay it. Through DApps, ether can be loaned to users without having to go through a middleman. The blockchain gives out tokens that can be turned into cash, but the user must stake ETH as collateral. The automatic nature means that if the user defaults on the loan, they lose the collateral.

There are many benefits of this process: it is accessible, fast and does not discriminate. However, the loans do not take into consideration extenuating circumstances. For example, if a user needs more time to pay back the loan, there is no way of pushing back the deadline, and the user automatically loses the staked ether.

DApps are not just used for loans. They can be used for anything that requires a contract, including insurance, rental agreements, betting, recruitment and crowdfunding. Dough says: “DeFi [decentralised finance] apps on Ethereum have the ability to reshape the world’s financial landscape by decentralising power away from institutions to everyone in society. The superpower of Ethereum is its potential to change the world.”

Ethereum is not fighting any battles in a superhero universe just yet, but it could be the protagonist of the metaverse. The metaverse is a virtual world with endless possibilities. Users will be able to socialise, purchase non-fungible tokens (NFTs) and play video games. It is gathering a lot of attention at the moment as Facebook’s rebrand to Meta put the technological innovation at the core of its business.

Blockchain technology lends itself perfectly to the metaverse, whether that is the use of digital currency or selling items such as avatars as NFTs. If you want to know more about the metaverse, keep an eye out on our YouTube channel as it is the subject of the next video.

Ethereum price prediction: is a bullish trend around the corner? 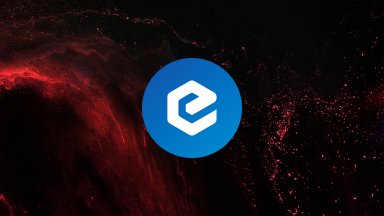 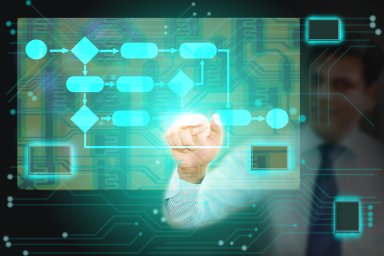