Learn to trade The basics What is a DAO: does the future reside in decentralised governance?

What is a DAO: does the future reside in decentralised governance?

More than ever, DAOs are seen as a true alternative to traditional structures. Are they here to stay?

Despite being a popular buzzword of the moment, the decentralised autonomous organisation (DAO) has a conceptual basis going back centuries. In the 19th century, the  Welsh textile manufacturer Robert Owen moved to Indiana to establish New Harmony, a utopian project widely considered as a forerunner to the co-operative business model which would later become a global movement.

In the 21st century, decentralised organisations are increasingly being recognised as a genuine alternative to hierarchical business structures, with examples ranging from large-scale venture capital platforms to collectives intent on buying copies of the US constitution and rare Wu Tang albums. BitMouseDAO, on the other hand, plans to genetically engineer a mouse to carry bitcoin inside its body.

Frivolous pursuits aside, today’s era of blockchain technology presents entrepreneurs with the potential to bring truly decentralised business structures into reality. But exactly what is a DAO? How do DAOs work and what does the future of the DAO hold?

All about DAOs: The key facts

A decentralised autonomous organisation (DAO) in the 21st century is an organisational structure using tokenised governance and smart contracts to execute business decisions in a theoretically non-hierarchical manner.

DAO proponents believe that the leaderless organisational structure of DAOs has the potential to eliminate human error and greed in the decision-making process, all the while increasing transparency of treasury funds.

In a typical DAO structure, such as MakerDAO, token holders make governance proposals through a portal, on which the community either greenlights or rejects. Voting power is relative to the amount of tokens a community member holds. Common proposals pertain to tokenomics, chain forks, trading pairs, debt ceilings, budget proposals, liquidation ratios and other matters of relevance to a project.

Data supplied by market tracker DeepDAO suggests there are more than 4,200 DAOs in operation, holding $8.9bn value in their treasuries. Despite this figure being $3.6bn down month-on-month, total held assets were under $1bn only a year ago, proving how far the concept has come in a short time.

The majority of DAOs hold less than $1m individually, although 16 DAOs hold over $100m each. There are currently 1.7 million DAO members across all projects, with 508,000 members actively voting and making governance proposals.

Many of the most prominent DAOs are also among the most recognised names in cryptocurrency, including Decentraland, PancakeSwap, Uniswap, Aave and MakerDAO. BitDao’s $2.2bn treasury is the largest, followed by Uniswap’s $1.9bn. Lido, Compound and Aave round out the top five.

The art of DAOs

Although DAOs may have found a natural footing in the DeFi space, they have also seen uptake in the creative industries. One such example is MODA DAO, a project launched by a collective of musicians and technologists aiming to bring music into the Web3 era.

Co-founder Sean Gardner, talking about the ways in which DAO structures could reshape the music industry, told Currency.com: “DAOs will have to benefit all three of the major stakeholders, being creators, fans and the business side. It makes most sense to focus on those most at a disadvantage in the incumbent system, which is the creators.”

While Gardner believes that traditional corporate structures and governance are fine, creators are subject to being sold out to the biggest industry players, who have less-than-altruistic goals. He said: “We can truly benefit creators and users. There are no shareholders who need to get ROI [return on investment] or dividends, only the token holders, who are ideally artists, fans and industry people.”

Apart from the music industry, Gardner believes that the advertising sector can benefit from DAO structures, while predicting that “platforms like Uber will probably lose out to a DAO model eventually, unless they start to profit-share with drivers and make democratic decisions”. The same could be said of Spotify, whose royalty policies are coming under intense scrutiny.

SingularityNET claims to be “the first and only decentralised platform allowing AIs to cooperate and coordinate at scale, while enabling everyone to take advantage of a global network of AI algorithms”. Like most DAOs, SingularityNET has its origins as a centralised platform, with the intention of moving towards automation as blockchain technology becomes more sophisticated.

So far, SingularityNET has applied its brain power to numerous cutting-edge concepts, including the AI-based cryptocurrency trading platform SingularityDAO, and SophiaDAO, whose vision “aims at creating humanoids with real wisdom and the ability to learn by collaborating with people and other sentient beings”.

Marcello Mari, chief executive of SingularityDAO, told Currency.com: “The DAO model is particularly viable in the crypto economy, which is based on decentralisation and community participation. Unlike the traditional world, where small shareholders have no say in public company management, in DAOs anybody can make proposals and have them voted by the community of tokens holders.

Mari sees AI DAOs as a way of removing humas bias from the decision-making process, “where different AI agents work collaboratively in a decentralised manner, reviewing and ranking each other”.

“DAOs are more fundamentally and thoroughgoingly democratic than other available modes of organisation,” according to Mari. “They intrinsically encourage co-operation and collaboration between humans and AIs, which militates toward ethical AGI (artificial general intelligence) outcomes.

The rise of investment DAOs

DAOs are historically linked to the venture capital space. In fact, one of the earliest examples of a DAO, the aptly named The DAO, was launched in 2016 as a director-less venture capital fund, after a record $168m crowdfunding campaign. The DAO infamously required a hard fork of the Ethereum blockchain after a hack resulted in a large-scale loss of funds. Cryptopedia’s summary of The DAO explained that code vulnerabilities were to blame.

But the venture capital space has learned from these mistakes and investment DAOs continue to grow in popularity. As previously reported by Currency.com, investment DAOs contributed to 10% of capital injection into cryptocurrency projects throughout 2021, with non-fungible tokens and decentralised finance (DeFi) as primary markets of focus.

Since an investment DAO lacks a general partner, the deployment of capital is a democratic process. One platform making good on the promises of investment DAOS is Syndicate, which recently secured $20m in funding from a consortium led by Andreesen Horowitz. Syndicate aims to “level the playing field, empower communities of builders, creatives, influencers and friends to invest in new ideas and world-changing technologies, and introduce radical new models for investing to society that are fundamentally more open, free and fair”.

Venture capital continues to pour into the cryptocurrency space, providing a fertile environment for investment DAOs to grow in size and scope.

Not quite there yet

Despite their rapid rise in popularity, there are still some roadblocks in the way of complete DAO functionality. Mari said: “DAOs require a high level of education and participation, which is why there are currently no examples of fully decentralised and successful organisations.”

However, Mari believes that many organisations are pushing the concept forward, citing the semi-decentralised developer community Metacartel, the open-source Aragon client and the Compound finance protocol as forward-thinking examples.

That most DAOs are not fully decentralised or autonomous is generally acknowledged among industry players. Stenver Jerkku, founder of Solid World DAO, an automated marketplace for carbon credits, told Currency.com: “Depending on how the DAO is set up, the progress of decision making may be slower due to decisions needing to be voted on. That's why most DAOs start out semi-centralised and decentralise as the project progresses.”

MODA DAO’s Gardner concurred, bluntly stating: “Yep, they make everything more difficult.” MODA DAO itself is yet to achieve complete decentralisation, a process which the organisation is aiming for via an extended roadmap.

DAOs in their current state might still have hierarchical elements, but this is not necessarily a bad thing according to Gardner. “Because of human nature, it’s hard to avoid hierarchies altogether,” he stated.

“There is such a thing as leadership even with a flat social hierarchy; most of us are just actively trying to avoid a dictatorship situation. Social dynamics are actually a wonderful thing to make use of within a DAO structure where an alpha character might be best at raising topics and closing discussions, but more introverted individuals are better at note-taking and coming back with well-thought-out solutions.”

In a recent interview with Coinbase Ventures, Kinjal Shah, founder of the Komorebi Collective investment DAO, also touted the benefits of hierarchies in order to maintain efficiency at the decision-making level.

There are also persistent security issues resulting from strategic shortcomings, which can be mitigated, according to Gardner, by taking a “progressive approach” to decentralisation. “That approach has its critics but I think the definition of a DAO has been diluted slightly and we’re now in a phase of experimentation.”

Many of Robert Owen’s 19th-century utopian social experiments were unsuccessful. The New Harmony project was abandoned in 1829, only four years after being established. But while the DAO concept is still yet to be fully realised, “the future looks bright for DAO projects”, according to Mari.

Mari added: “As remote working becomes increasingly common, DAOs will become a popular business model for the gig economy, meaning that a community of independently organised freelancers will be able to join and contribute to DAOs in a decentralised manner, without depending on a central leadership structure.”

Whatever happens in the constantly evolving space, Currency.com will be sure to keep you in the loop.

What does DAO mean in crypto?

A decentralised autonomous organisation (DAO) is a company structure that uses tokenised governance and smart contracts to conduct business decisions in a theoretically non-hierarchical manner.

What are DAO tokens?

DAO tokens allow holders to pitch and vote on governance proposals in a DAO. Voting power is usually relative to the amount of tokens held by an individual

Crypto venture capital’s rapid rise as big names jump onboard
The material provided on this website is for information purposes only and should not be regarded as investment research or investment advice. Any opinion that may be provided on this page is a subjective point of view of the author and does not constitute a recommendation by Currency Com Bel LLC or its partners. We do not make any endorsements or warranty on the accuracy or completeness of the information that is provided on this page. By relying on the information on this page, you acknowledge that you are acting knowingly and independently and that you accept all the risks involved.
Blockchain
АWin-Win
referral programme
Learn more 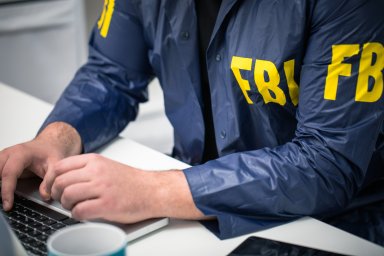