Learn to trade The basics What is Algorand (ALGO)? Your ultimate Guide

Silvio Micali was a professor at the MIT computer science and electrical engineering departments in the United States before founding Algorand. His aim with the blockchain was to address the trilemma, the belief that when it comes to speed, security, and decentralisation blockchains cannot have all three.

Algorand is providing a unique solution to the trilemma, through using what is claimed to be the world’s first pure-proof-of-stake consensus and a two-tier protocol structure. It is also generating a lot of interest with a new mainnet update that launched in September 2021 and because El Salvador is using Algorand for its blockchain infrastructure. But how does Algorand work?

When dealing with smart contracts, assets, and decentralised apps (dApps), Algorand has implemented a two-tier protocol structure. Separating the functions by levels ensures that the blockchain can securely and quickly deal with transactions.

The first layer supports fast and everyday transactions such as smart contracts, which are automatic computer programs that run when conditions are met. It also supports creating new or existing fungible and non-fungible assets. These vary from stablecoins to in-game points.

It is the second layer that is designed for more complex smart contracts and dApp development. This means that simple transactions can be processed more quickly on level one as they are not being interrupted by more complex contracts that are computationally demanding.

Algorand also uses a unique consensus system that is an alternative to proof-of-stake, the process that validates and mines blocks through staking coins. The pure-proof-of-stake system can be split into two stages, proposing and voting, which anyone can participate in as long as a participation key is obtained.

In the block proposal stage, new accounts are selected to propose blocks to the network. This is done via the verifiable random function (VRF) that selects nodes randomly but weighs them via the stake of the native currency ALGO they hold. These accounts are secretly assigned via their participation key, adding a security element to the process.

Then there is a soft vote that’s purpose is to get the number of block proposals down to one. This is completed through getting the network nodes to send a proposals message and determine which block proposal has the lowest hash, an encrypted function. Finally, there is a certify vote where a new committee is selected through VRF. They check for overspending, double-spending or any other issues. If no problems are found, the committee votes to certify the block. This finishes the round, meaning a certification for the block is produced and the process starts again.

If a minimum number of votes is not reached in the timeframe, or malicious behaviour is detected, messages will be sent to nodes saying whether to continue certifying the block or to disregard it. The network then selects a new leader and starts the process again. However, this process faces criticism as there is no punishment for malicious behaviour.

There are many benefits of the pure-proof-of-stake system. First there is no special group of validators, as users are secretly selected via their participation key. This makes it difficult for attackers to compromise the system as it is almost impossible to figure out who to target.

It is also more sustainable, and Algorand claims its blockchain is carbon neutral. Unlike Bitcoin, where the proof-of-work consensus requires users to solve cryptographic puzzles, Algorand does not need large amounts of computer power. This means the blockchain is more energy efficient and generates much less CO2.

Pure-proof-of-stake is more sustainable compared to its standard counterpart as well. This is because proof-of-stake systems are prone to soft forks, where the blockchain splits into branches and miners keep working on chains. The process continues until the chain with the greatest amount of computational work keeps growing, leading the others to be invalidated. This wastes energy as the other chains are unusable. Soft forks are impossible on the pure-proof-of-stake system as it narrows down the block leader to one.

Algorand argues its system is fairer. On a proof-of-stake system, you have to stake the native token to participate in the block participation. With the pure version, any user can participate but their votes are weighted by the number of tokens they stake.

What is ALGO coin?

Algorand coin (ALGO) is the native currency on Algorand. There are currently 6.1 billion ALGO coins in circulation with a maximum of 10 billion. The entire supply of ALGO was minted at the time of its launch in June 2019. According to CoinMarketCap, the market capitalisation of Algorand coin is $11.5bn (£8.4bn), which ranks it at number 18.

What is new with Algorand?

It has been a busy quarter for Algorand. At the end of August, Koibanx, a Latin American blockchain software company, announced it had partnered with El Salvador to develop the country’s blockchain infrastructure using Algorand. Leo Elduayen, founder and CEO of Koibanx, said in a blog post: “To make this possible, we needed technology that was robust enough to handle the needs of an entire nation. We found that in Algorand, a proven blockchain that meets our rigorous requirements for speed, security and stability.”

The blockchain also launched an update at the end of September improving the simpler smart contracts on the layer one protocol. It did this by introducing a virtual machine onto the blockchain that enables developers to create smart contracts using well-known computer languages such as Python and Reach. It enabled dApp development through Java as well. On a blog post, Algorand said it is providing tools for developers to build fast, scalable, low-cost and stable infrastructure.

Algorand is expanding into non-fungible tokens (NFTs). At the beginning of October, Abris.io launched an NFT marketplace on the carbon neutral blockchain. NFTs are raising environmental concerns because of electricity usage, Abris wanted to avoid this and launched a green solution for collectibles.

When discussing Algorand, Undervalued.top highlighted the scalability and development potential. Undervalued.top wrote: “Algorand looks like a notable blockchain project with the potential to come up with ground-breaking tech solutions. But only time will tell would the team be able to bring these solutions into life.”

ALGO coin is the native currency of the Algorand blockchain. As well as investing in the coin, it can be used in the block creation process. Although anyone can be involved in the process, the selection process is weighted by the amount of ALGO a user stakes.

Currently there are 6.1 billion ALGO in circulation but 10 billion were created when it first launched, which Algorand said will gradually “unlock”.

ALGO coin is not currently listed on currency.com but there are other exchange platforms you can trade it on, including Binance, Crypto.com, and Coinbase.

Remember to always do your research before investing and never invest more than you can afford to.

Bitcoin to US Dollar
Trader sentiment (on leverage)
Daily change
47578.4
Low: 46768.8
High: 53590.4
Sell 47578.40 Buy 47578.50
Sell 47578.40 Buy 47578.50
The material provided on this website is for information purposes only and should not be regarded as investment research or investment advice. Any opinion that may be provided on this page is a subjective point of view of the author and does not constitute a recommendation by Currency Com Bel LLC or its partners. We do not make any endorsements or warranty on the accuracy or completeness of the information that is provided on this page. By relying on the information on this page, you acknowledge that you are acting knowingly and independently and that you accept all the risks involved.
$50
WELCOME BONUS
Sign up 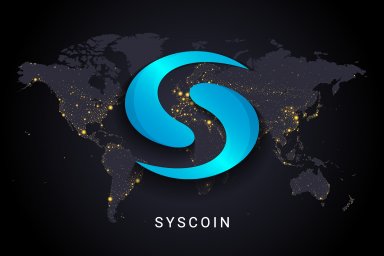 What is Syscoin (SYS)? Your ultimate guide 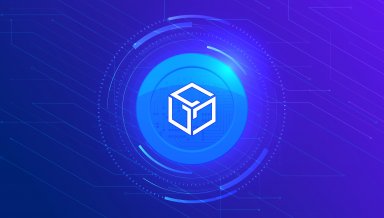 What is Gala (GALA)? Your ultimate guide 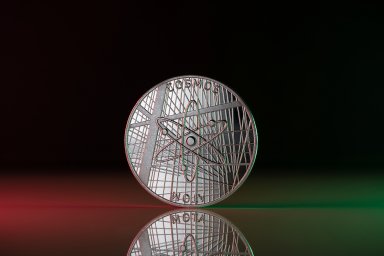 What is ATOM? Your ultimate guide

What is TEL? Your ultimate guide