Learn to trade The basics What is Bitcoin Gold (BTG)? Your ultimate guide

What is Bitcoin Gold (BTG)? Your ultimate guide

Bitcoin Gold, a more scalable alternative to Bitcoin, has surged in price. So what is it?

Given the number of crypto start-ups emerging every month, keeping in the know about all of them can be almost impossible. From differing blockchain technologies to consensus mechanisms to target sectors, each crypto start-up has its own unique list of qualities.

You have probably heard of bitcoin but you may not be so familiar with bitcoin gold (BTG). So what is bitcoin gold?

Founded by Hang Yin, a developer and entrepreneur, and Martin Kuvandzhiev, a software engineer, the Bitcoin Gold blockchain is one of the largest hard forks on bitcoin, the original open-source cryptocurrency.

The hard fork, which occurred on 24 October 2017, was created in order to make Bitcoin more decentralised again. While this may seem strange given that the issuance of bitcoins remains decentralised, the developers behind the hard fork wanted to create an alternative in which the mining process did not disproportionally advantage major mining operations.

The founders also wanted to combine the security and solidity of Bitcoin with new opportunities for further decentralisation and experimentation. BTG enables developers to get involved in the governance and development of the blockchain, thus overcoming the scalability issues that Bitcoin suffers from.

So how does Bitcoin Gold work? And what is the bitcoin gold coin?

How does bitcoin gold work?

Bitcoin gold (BTG) is mined on common graphic processing units (GPUs) instead of speciality ASICs, or application-specific integrated circuits, electronic circuits designed for the sole purpose of mining bitcoins or other cryptocurrencies.

GPU mining basically means anyone can mine: you do not need extremely expensive and resource-intensive equipment, operating out of a friendly country where electricity is cheap , to mine for coins. The original bitcoin is mined on ASICs, meaning big players monopolise the market.

Anyone, according to the Bitcoin Gold website, can mine BTG if they have a readily available graphics card. Bitcoin Gold, by providing accessibility to individuals worldwide, ensures more participants can gain mining rewards, thus recreating how bitcoin used to be.

Another important feature of bitcoin gold is the greater anonymity it affords users. Unlike bitcoin, bitcoin gold does not publish wallet addresses or transaction details. Some exchanges think that concealing the code is a potential security threat, with Coinbase refusing to list the coin as a result.

Coinbase stated that it “cannot support bitcoin gold because its developers have not made the code available to the public for review. This is a major security risk.”

One big problem with  BTG is the security risks.

Despite it claiming that protective measures have been put in place, because it runs on a relatively small proof-of-work blockchain, Bitcoin Gold is susceptible to hackers waging what is called a 51% attack. This is where malicious operators win 51% or more of the computing power on the network and are thus able to take control.

So far BTG has experienced three 51% attacks and several wallet thefts. More than $18m has been stolen as a result of these criminal actions. BTG updated its algorithm after the first theft. However, these issues remain an ongoing threat to the system.

Bittrex, a crypto exchange, demanded compensation from the blockchain after suffering significant losses on account of these thefts. When Bitcoin Gold refused, Bittrex decided to de-list the crypto.

This is not the only controversy in which Bitcoin Gold has been involved. After its launch in late 2017, miners accused the developers of BTG of adding a hidden 0.5% mining fee.

There was further unhappiness when bitcoin gold’s developers, after the launch of the crypto, ran a ‘post-mine’. This saw 8,000 blocks rapidly mined, to be set aside to grow and manage the protocol. At the same time, 5% of the coins mined were set aside as bonuses for the six key developers involved in the launch of BTG.

Regardless of the early struggles of the coin, bitcoin gold is listed on many exchanges including Bithumb, Bitfinex, Binance and Uphold.

Bitcoin gold (BTG) is ranked number 107 by CoinMarketCap and has a current market capitalisation of just under $1bn.

The maximum supply of BTG coin is 21 million.  There is a current circulating supply of 17.51 million BTG coins.

Bitcoin gold uses the ‘equihash’ algorithim. This allows individuals to participate in the mining process with a graphics card or graphics processing unit. This increases the accessibility and decentralisation of bitcoin gold compared with bitcoin. In order to mine bitcoin you need resource-heavy equipment, which most individuals do not have access to.

Bitcoin gold was devised as a way to allow normal people to mine crypto on their home computer with a graphics card.

BTG is available on some, but not all, crypto exchanges.

While we do not have it on currency.com yet, we will let you know when we do. Just remember that cryptocurrencies are highly volatile, and prices can go down as well as up. Always remember to do your own research and never invest more money than you can afford to lose.

Bitcoin price prediction for 2030: Where will it be?
The material provided on this website is for information purposes only and should not be regarded as investment research or investment advice. Any opinion that may be provided on this page is a subjective point of view of the author and does not constitute a recommendation by Currency Com Bel LLC or its partners. We do not make any endorsements or warranty on the accuracy or completeness of the information that is provided on this page. By relying on the information on this page, you acknowledge that you are acting knowingly and independently and that you accept all the risks involved.
Bitcoin Cryptocurrency
АWin-Win
referral programme
Learn more 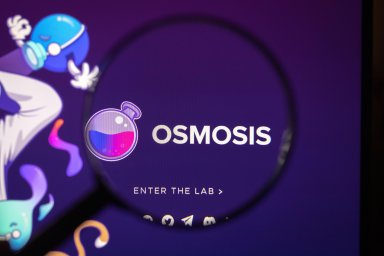 Cronos price prediction: What now for the former Crypto.com CRO?

USDX price prediction: What is the Kava USDX stablecoin for?