Thieves in the UK’s capital are targeting the phones of their victims in order to obtain the cryptocurrencies they possess in what has been termed as “crypto muggings”.

The City of London police told the Guardian through a freedom of information (FOI) request that criminals are overpowering the people they target and then using their digital asset knowledge to acquire people’s crypto from their phones.

One individual preyed upon was attempting to order an Uber near Liverpool Street London Underground station when muggers seized their phone to take control of £5,000-worth of ethereum (ETH). The muggers gave the phone back to the person after stealing the ETH from the victim’s crypto wallet.

Another case involved a man being lured into an alley by a group of people offering to sell him cocaine. The gang acquired his phone by stating they would type a number into it but instead forced him to unlock his smart phone with facial recognition to obtain £6,000-worth of ripple (XRP) the man had on his phone.

One victim had his credit cards and phone pickpocketed in a pub, with £10,000 worth raided from his account with Crypto.com the cryptocurrency exchange app. The victim believes thieves saw him enter his pin while in the pub.

David Gerard, the author of Attack on the 50 Foot Blockchain: Bitcoin, Blockchain, Ethereum & Smart Contracts (CreateSpace 1973), described these crimes as a “sort of crypto mugging”.

Gerard told the Guardian: “If I get robbed and they force me to make a bank transfer, the bank can trace where the money has gone and there are all sorts of comebacks. You can reverse the transaction.

“With crypto, if I transfer it to my crypto wallet, I’ve got your coins and you can’t get them back.”

The author further explained that people tend to handle their investments on smartphones without exercising the same level of caution they would when it comes to cash. “People keep stupid amounts of money on account in crypto. They don’t think it’s money somehow.”

A 23-year-old veteran of the Federal Bureau of Investigation (FBI), Gurvais Grigg who is now chief technology officer (CTO) for Chainalysis, the blockchain data platform stated that when transactions are logged on the blockchain, police should be able to track stolen crypto.

Quoted in the Guardian, Grigg said: “To [transfer stolen assets], they must provide a wallet address and, most likely, they’ll use that wallet address again in the future. You also need to bring it to an exchange if you want to turn it into fiat currency.”

The Chainalysis CTO detailed how these actions create a paper trail that investigators use to track large crypto hacks. Still, he did add that those tracking these crimes are less likely to have the resources to pursue smaller, one-off crimes.

Grigg added: “An individual theft of a small amount may not get the attention of the police or a large law enforcement agency.

“If they could put together a larger conspiracy of activity, where people are doing it more than once or twice, police services would likely pay attention.”

More training is being offered to police officers

Phil Ariss, who leads the cryptocurrency team on the National Police Chiefs’ Council cybercrime programme, said more training in spotting a crypto-related crimes was being given to officers.

Ariss also told the newspaper that the police are looking into how the public can be warned about exercising caution when logging into their crypto accounts. He added: “You wouldn’t walk down the street holding £50 notes and counting them. That should apply to people with crypto assets.”

High-profile crypto-mugging cases have begun to emerge, such as that of Zaryn Dentzel, an American computer scientist and entrepreneur who founded Tuenti, a Spanish mobile virtual network operator. In 2021, it was reported that he was attacked at his home in Madrid by masked thieves who tortured him with a knife and stun gun and took millions of euros worth of his bitcoin (BTC).

Ronin lost $540m to hackers in second-largest crypto theft
The material provided on this website is for information purposes only and should not be regarded as investment research or investment advice. Any opinion that may be provided on this page is a subjective point of view of the author and does not constitute a recommendation by Currency Com Bel LLC or its partners. We do not make any endorsements or warranty on the accuracy or completeness of the information that is provided on this page. By relying on the information on this page, you acknowledge that you are acting knowingly and independently and that you accept all the risks involved.
Bitcoin Blockchain Ethereum Crypto Exchanges
АWin-Win
referral programme
Learn more 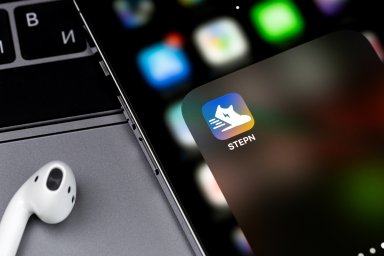