News&Features Features Is an Airbnb IPO on the cards in 2020?

As the latest Silicon Valley unicorn to flag plans for a public listing, Airbnb IPO might be the most anticipated this year.

The home-rental giant was most recently valued at $31bn (€28.4bn, £24.6bn) in a 2017 funding round. However, it could now be worth less according to reports that Airbnb lost millions over the course of 2019, swinging to a net loss on the back of rising costs.

Airbnb was founded in 2008 after two friends, Brian Chesky and Joe Gebbia, started renting out an air mattress in their San Francisco living room and decided that the idea of home bed-and-breakfast could become a business.

Homeowners like it because they earn cash by renting out their spare room or their entire home when they are away, while guests can stay somewhere more interesting than a hotel.

The website and app are easy to use and the system of mutual feedback between renters and guests keeps transactions transparent.

Airbnb makes its money by charging a service fee from both renters and guests. Because everything is web based, overheads are relatively small compared with the company’s global footprint.

Like many tech start-ups, Airbnb has remained private for more than a decade. But unlike many tech companies, it is profitable.

Airbnb has claimed it made a profit in 2017 and 2018. However, more recent reports said rising costs pushed the company into the red last year, as the company upped its spending on marketing and legal advice in the run up to going public.

The California-based giant has also made a number of acquisitions to diversify its revenue streams.

In addition to these acquisitions, Airbnb has expanded its experiences product, which lets users book tours and entertainment in the places they are staying through the website and app.

The home-sharing in January hired Disney veteran Catherine Powell to lead its Experiences division in a move that hints at the greater role the unit will play in Airbnb’s expansion into new services and offerings.

Airbnb has also been forced to spend money on safety initiatives that verify each listing for accuracy and quality, a safety hotline for users and screening of reservations deemed to be high risk.

As it grew from a home-based couch-surfing start-up into a global platform with more than 7 million listings worldwide, Airbnb has attracted backlash from several municipalities for its impact on housing supply and rental prices.

Airbnb listings have become so prevalent in the UK that some parts of the country now have one listing for every four properties, prompting concerns that the expansion in short-term lets is getting out of control and depriving communities of much-needed homes.

A study by the Economic Policy Institute, a US think-tank, found that the economic impact of Airbnb likely outweigh its benefits to the local economy.

“While the introduction and expansion of Airbnb into cities around the world carries large potential economic benefits and costs, the costs to renters and local jurisdictions likely exceed the benefits to travellers and property owners,” it said.

In the past few years Airbnb It has also been sued by several cities for advertising illegal properties, not complying with subpoena orders and not paying taxes.

When will Airbnb IPO?

Airbnb’s plans to go plans to go public were announced last September, after a string of IPOs that have proved underwhelming.

WeWork pulled out of an IPO that would have valued the co-working company at $48bn.

According to financial database PitchBook, the total value of the year’s public offerings was $33bn, a slump of nearly 30 per cent compared with 2018.

In an interview with CNBC in November, Cesky said the company wasn’t in a rush to go public.

“Most people that are really rushing to go public, the number-one reason they do is because they need the money. We don’t need to raise money, so we haven’t been in a rush,” he said.

Market observers have speculated that although Airbnb is leaning towards an IPO, it could also consider a direct public offering to begin trading, following the example of music-streaming service Spotify in 2018.

This approach, where a company underwrites its own securities to raise capital on public exchanges, would enable Airbnb to bypass a costly IPO process, which could cost up to 5 per cent of the IPO proceeds.

In a direct listing, Airbnb would issue no new shares, avoid huge fees to bank underwriters and would receive no new funding, but would start trading as a public company.

The direct-listing approach would also to give Airbnb’s 6,000-strong employees the option to cash in their shares without diluting them through the new-share issuance that comes with an IPO.

There are no lock-up periods with direct listings so employees would be free to sell their shares much sooner than through a traditional initial public offering.

Whether Airbnb will opt for an IPO or direct listing, it remains a 2020 top pick for Santosh Rao, an analyst at Manhattan Venture Partners.

“Investors need to see a path to profitability, if not profitability already. Plus, they need good governance structure. I think the lead-off is Airbnb,” he said. “They originally wanted to do it in 2019, but it was pushed out. The company is the right one. I think they are very well funded, they have enough money in the bank and they are investing.”

The uncertain impact of the spreading coronavirus outbreak means that an Airbnb IPO may face a rocky road in the near future.

Many Asian companies have pulled IPO plans due to travel restrictions, which have curbed companies’ ability to meet global investors.

And the domino effect of the outbreak on industrial supply chains, which began with Apple's surprise sales warning, has spooked markets and prompted concerns of a global recession.

As a result, many observers think an Airbnb IPO or direct offering may not happen at least until the second half of 2020.

Airbnb has blocked bookings in Beijing and may face a decline in bookings as travel bans come into place and tourists cancel their plans.

And even if the coronavirus outbreak proves short lived, there are other variables to reckon in 2020.

Trade negotiations between the US and China remain in flux, particularly as the Asian country grapples to contain the outbreak, while the UK’s exit from the European Union at the end of 2020 could also have significant economic repercussions.

Cesky believes Airbnb’s concept can work “irrespective of the economy”.

After the financial crisis of 2008, people started turning to Airbnb as a way to afford their homes, he said.

FURTHER READING: Airbnb to swing to a net loss ahead of market launch in 2020 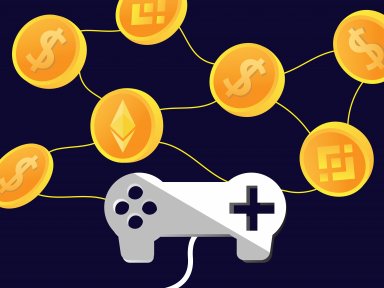 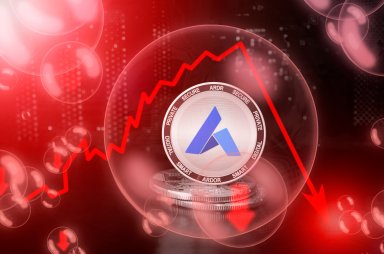