News&Features Analysis Will bitcoin hit a new record this week?

After surging past $60k, will bitcoin hit a new record this week?

Bitcoin could hit a new all-time high this week, after the coin passed $62,000 briefly on Sunday, with the price boosted by news that a bitcoin exchange-traded fund (ETF) could start trading on the bourses this week.

The ProShares ETF would give exposure to bitcoin futures contracts instead of spot bitcoin, and trade under the ticker symbol “BITO.” One analyst suggested to Business Insider that this new opportunity for people to make money from bitcoin could see the coin’s price rise to $74,500, and even hit $85,000 in the next few months.

Bitcoin’s break through the $60,000 barrier on Friday was not the first time it has done so. In April 2021, the coin rose above this level and stayed above it, or at least hovered around it, for a little while. What caused bitcoin to rise was, symbiotically, the link between a booming crypto market and being the biggest coin around. Between 11 April and 18 April, it spent more time above the $60,000 mark than it did below it, with the highlight being the intraday high of $64,863.10 on 14 April , the highest price ever recorded by a single cryptocurrency. What this means, basically, is that the bitcoin price has reached these sort of heights before, it has done it relatively recently – about six months ago – and therefore, it is possible that it can reach them again.

However, the extreme volatility of bitcoin, still easily the biggest cryptocurrency, which has doubled in value in six months and could easily halve again in the next six months, means there is no way of telling what will happen.

We don’t know. It might do but, on the other hand, the recent activity may end up being nothing more than a temporary high. What we do have to remember, though, is that bitcoin, like cryptocurrencies in general, can be extremely volatile and prices can go down as well as up.

This is certainly possible although if and when it does so remains a matter for conjecture. In September, both the British bank Standard Chartered and Zap Protocol co-founder Nick Spanos said BTC would reach that figure in the near future. Those predictions are not set in stone, though. Remember, forecasts can very often be wrong.

If you want to invest in bitcoin, you can do so at Currency.com. However, it is imporant that you do your own research, remember that prices can go down as well as up, and never invest more money than you can afford to lose. 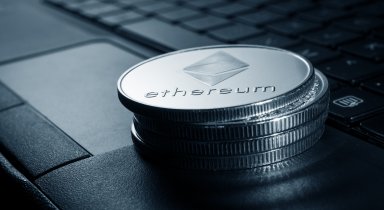 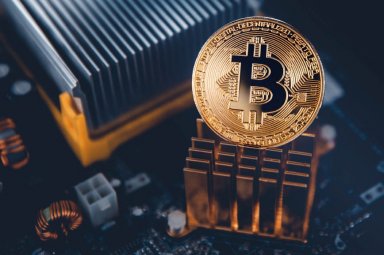