This follows Crypto.com signing up to deals with UFC and Formula 1

The agreement includes the release of exclusive non-fungible tokens (NFTs) on Crypto.com’s NFT platform. Additionally, Crypto.com will pay a significant portion of the sponsorship fee using the Crypto.com Coin (CRO) “the native cryptocurrency token of Crypto.com”.

The multiyear agreement allows Crypto.com to place its branding on fight kit worn by UFC athletes during competitions, as well as on clothing (shorts, sports bras and hoodies) worn by training staff.

It will also be integrated into UFC content on both linear and digital platforms, including live broadcasts, pay-per-views and UFC-owned social media channels.

Additionally, Formula 1 (F1), the highest class of international auto racing for single-seater formula racing cars, announced the Crypto.com Overtake Award in August. The winner of the award will be the driver who has made the most overtakes during the season.

According to F1, the award “which is the first of its kind, is designed to celebrate the bravery exhibited by drivers who make bold moves in pursuit of success”.

As part of Lionel Messi’s move from FC Barcelona to PSG in August, the French team announced it will pay part of the football star’s “welcome package” in $PSG Fan Tokens.

In 2018, PSG became the first sports franchise to partner with Socios.com.

Chiliz the global blockchain providers for the sports industry, has launched numerous Fan Tokens on its fan engagement and reward app, Socios.com.

Premier League clubs such as Aston Villa, Leeds United, Everton, Arsenal and Manchester City have signed up to Chiliz.

Other major European clubs have also signed deals with Socios.com, and many have either already launched a Fan Token or are in the process of doing so. These include Juventus FC, Atletico Madrid, A.S. Roma and AC Milan.

“Our mission is to accelerate the world's transition to crypto”

Kris Marszalek, co-founder and CEO of Crypto.com said: “Our mission since day one has been to accelerate the world’s transition to cryptocurrency. We do so by finding the best partners in the world, and Paris Saint-Germain is second to none.

“Between the brand visibility, stadium and team access, and collaborative development of NFTs, I have no doubt we’ll create new and exciting experiences for football fans around the world.”

Marc Armstrong, chief partnerships officer, PSG, said: “We are delighted to welcome Crypto.com to the Paris Saint-Germain partner family. We share the same passion for innovation and the same ambition to reach the very top.

“With this partnership Paris Saint-Germain demonstrates once more it’s vision and leadership as a pioneer in areas such as lifestyle, esports and digital. It is an exciting time for Cryptocurrency, and we cannot wait to work with Crypto.com to bring new experiences to all of the club’s fans.”

Verify your account, deposit $20 or more and make 1 leverage-operation (all within 30 days) to get $50.
Bonus withdrawal can be a subject to additional commission.

Refer a friend to Currency.com and get a two-way bonus

PayPal withdraws from the Libra Association 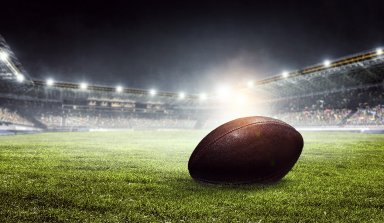 At the moment we aren’t onboarding residents from Spain. We can recommend Capital.com, one of the highest rated trading platforms in the world.