Avalanche had a great 2021, so what’s the latest AVAX price prediction for 2022 and beyond?

The Avalanche (AVAX) coin is the cryptocurrency based on the Avalanche blockchain network. It aims to make things such as smart contracts and dApps (decentralised applications) easier and quicker to use.

According to the associated whitepaper: “Avalanche is a high-performance, scalable, customisable, and secure blockchain platform”. The platform is intended to prioritise scalability, security, decentralisation, governance and democratic principles, while being interoperable and flexible.

You can refer to our guide if you want to know more about what the coin does – in this article, we are going to look at how Avalanche has fared so far, and whether we can make an AVAX price prediction.

Let’s start by taking a look at the Avalanche price history. Although prior performance is no indicator of future results, it does help contextualise things.

When AVAX was launched, the coin’s price was low enough that its recent successes might not have been picked up by an Avalanche coin price prediction.

October 2020 saw something of a slump. While it pivoted around the $4 mark for most of the month, it did spend a fair bit of time below it. The monthly high was $4.54, which it reached intraday on 13 October, while the low was $3.23 intraday on 7 October 2020. Despite the high coming after the low, the overall direction of travel was downward and the coin finished the month at $3.65.

November 2020 saw more dips below the $4 mark, although generally it was slightly positive. The coin reached a monthly low of $3.18 as 4 November became 5 November, although there was a rally over $4 towards the end of the month, with a monthly high of $4.40 recorded intraday on 25 November. However, the price soon dropped and AVAX closed the month at $3.69, slightly up from where it had been at the end of October.

The first few months of 2021 were a boom time for cryptocurrency generally, and Avalanche got caught up in the action. It broke back through the $4 barrier on 5 January, scoring an intraday high of $4.34. This was the spur for greater things down the line.

Ultimately, that price boost was just a spike and it closed the month at $23.82 – up from the previous month, but nowhere near the high of 10 February.

March and April 2021 saw some consolidation. February’s high was a pinnacle that AVAX was not able to match, but things were still better than they had been in January and earlier. The intraday high of $39.39 on 20 March 2021 was the best price that month and it closed out at $28.73. April’s direction of travel was broadly upwards; not only was the monthly high of $40.80 on 15 April better than March’s best price, but the closing Avalanche price of $32.92 was higher, too.

Avalanche crashes but climbs back

Anyone making an AVAX coin price prediction at this point might have been forgiven for thinking this general consistency was here to stay, but things changed in May 2021. The price mainly hovered in the $30–$40 range, but came crashing down as Avalanche was hit by the great crypto day crash of 19 May 2021.

August 2021 ended up seeing a change for the better, with a massive rally towards the end of the month. Early on 16 August, the AVAX price was $18.77, but by 24 August it was hitting an intraday high of $58.98, a more than threefold rise in just over a week. The coin closed the month at $39.49, before going back up in September.

What is your sentiment on AVAX/USD?

Why not give AVAX/USD a try?

Global concerns over Russia’s invasion of Ukraine saw the overall cryptomarket dip in late February, but the news that AVAX was now accessible to users of the Wirex payment ecosystem bolstered the coin somewhat.

This news, however – even coupled with the news on 8 March that Avalanche had invested four million AVAX, worth about $290m at the time, in a bid to attract the likes of gaming and DeFi to the blockchain – could not stop the coin slipping to a little over $78.50 on 18 March 2022. There was then a slight recovery, and it spent some time above $100 in late March and early April, with a peak coming on 2 April 2022 when it was worth $103.53.

Unfortunately, AVAX’s relative strength could not stop it from getting caught up in the general crypto maelstrom caused by the depegging of UST and the collapse of LUNA. By the afternoon of 17 May 2022, it was worth about $34.65.

This bearishness continued, with AVAX reaching a low of $21.47 on 27 May, but then things started to improve somewhat and, by 31 May, it was trading at around $25.85. As the crypto bear market took hold in the wake of the cancellation of withdrawals on the Celsius crypto lending platform, it dropped down to $13.79 on 19 June 2022. After that, there was something of a recovery and it closed the month at $16.93.

With that out of the way, let’s take a look at what some analysts are suggesting as their Avalanche price prediction.

WalletInvestor is pretty pessimistic. The site’s AVAX price prediction for a year’s time suggests that the coin’s value will have dropped substantially to just over $2.41.

It might be – the price forecasts are pretty bullish. However, we need to point out that predictions can be and often are wrong, so you should always do your own research before investing.

It might – there are certainly some forecasts that say it will, although it won’t happen right away. Gov Capital, for instance, predicts AVAX will settle above $1,000 in late June 2027.

Still, you need to remember that forecasts often don’t pick up on things that can dramatically change the price trajectory of cryptocurrencies, which is always very volatile. Remember prices can go down as well as up.

If you want to buy AVAX, then you can do so at a range of exchanges.

Just remember to do your research first, and never invest more money than you can afford to lose.

What is avalanche (AVAX): your ultimate guide
The material provided on this website is for information purposes only and should not be regarded as investment research or investment advice. Any opinion that may be provided on this page is a subjective point of view of the author and does not constitute a recommendation by Currency Com Bel LLC or its partners. We do not make any endorsements or warranty on the accuracy or completeness of the information that is provided on this page. By relying on the information on this page, you acknowledge that you are acting knowingly and independently and that you accept all the risks involved.
Cryptocurrency Blockchain
АWin-Win
referral programme
Learn more 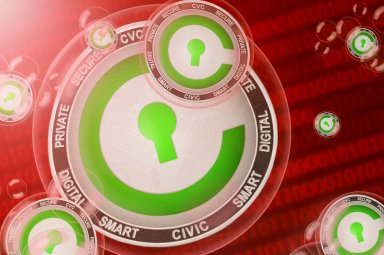 Ether price analysis: dip to $1,700 may be buying opportunity