Despite the current crypto winter, BinaryX is up almost 4,000% since its all-time low in July 2021

BinaryX’s metaverse project has been a success story during the current bear market and its governance token appears to be resilient to the present crypto winter. While other coins and tokens were struggling in spring 2022, BNX was surging.

The token has fallen since peaking in June. But most forecasters are optimistic that BinaryX will eventually continue its long-term bullish trend.

BinaryX claims to be looking to bring “innovation” to the play-to-earn industry and become the “most inventive GameFi project”. Currently, its main title is CyberDragon, a metaverse that implements features from DeFi and role-playing games.

Items in the game are stored as NFTs on the Binance Smart Chain, along with its native tokens. Users can earn items and coins “simply by playing the game”. The mission of BinaryX’s flagship project is to destroy the cyber dragon, and players who succeed will receive rewards in exchange

Its CoinMarketCap page said: “The BinaryX team aims to attract players by providing a game with low barriers to entry, simple vocabulary, and different game scenarios that revolve around play-to-earn.”

Players start by choosing a character, such as a warrior or rogue, and can level up by consuming the in-game currency GOLD. These tokens are gathered by fighting through dungeons or “daily mining”.

The developers of the project have decided to stay anonymous. But they have claimed in the CoinMarketCap page to be blockchain experts, who have experience building exchanges and managing assets of more than $100m.

A metaverse and governance token

BNX is the platform’s main token, which is used as a payment source across the CyberDragon metaverse. It is also a governance token where holders are able to vote on decisions affecting BinaryX.

BinaryX was launched in May 2021, and claims to be the first DAO powered GameFi project. Proposals that BNX holders will vote on include airdrop ratios, dividends, and new platforms to expand into.

The BinaryX whitepaper said: “The DAO will encourage users to hold BNX to participate in BinaryX platform governance and actively participate in the platform. DAO participants will be rewarded accordingly.”

BNX went live on CoinMarketCap at $6.62 on 18 May 2021 and fluctuated around this level for the next few months. The gaming token started gaining traction towards the end of September. It participated in a livestreamed GameFi event by the BNB chain on 15 September and gave away tokens via an airdrop.

Later that month, it opened a second liquidity pool on Pancakeswap with a BUSD pairing. BNX climbed to a high of $29.98 at the end of September.

The official BNB Chain Twitter account and blog featured the CyberDragon project in early October. It was later revealed that more than 800,000 investors took part in BinaryX’s airdrop, but only 2,000 were randomly selected for rewards.

The BNX coin price passed the $100 mark for the first time on 21 October. The same day MEXC Global listed its other token, GOLD, with a USDT pairing. Another listing announcement was made the following week as BNX went live on Gate.io.

BinaryX continued this momentum into the following month with BNX launching on Binance’s innovation zone. The token rocketed to its all-time high of $224.71.

While the BNX coin price was slightly impacted by bear market in beginning of 2022, it has since managed to defy the wider trends. At the end of March, Binance enabled futures trading of BNX and it climbed back above $100.

Its price continued increasing into April as Binance launched a trading tournament with Binary X. A prize pool of $50,000 was up for grabs. BNX peaked at $149.71 on 15 June. At the time of writing, on 26 July, it has fallen and is sitting at $122.

There is a bullish consensus from those making a BNX coin price prediction. TechNewsLeader says it could come close to a new price record in a year’s time when it is predicted to reach $224.69. Its BinaryX price prediction for 2025 suggests a maximum price of $488.30 and the site predicts it will pass $2,000 in 2029.

PricePrediction said the GameFi token could break its price record next year and hit $232.59. It is expected to see a strong climb past the $2,000 barrier in the next decade and its BinaryX price prediction for 2030 averages out at $2,744.62.

BinaryX is a GameFi project building the CyberDragon metaverse, which appears to be inspired by Dungeons and Dragons. Its BNX token is used to settle in-game payments and to power its DAO.

How and where to buy BNX coins?

BNX has been listed on Binance, Gate.io, MEXC Global, PancakeSwap and other exchanges.

Blockchain gaming incubators: The players to watch out for

Top five play-to-earn NFT games in 2022
The material provided on this website is for information purposes only and should not be regarded as investment research or investment advice. Any opinion that may be provided on this page is a subjective point of view of the author and does not constitute a recommendation by Currency Com Bel LLC or its partners. We do not make any endorsements or warranty on the accuracy or completeness of the information that is provided on this page. By relying on the information on this page, you acknowledge that you are acting knowingly and independently and that you accept all the risks involved.
Tokens Metaverse
АWin-Win
referral programme
Learn more

Harry and Meghan could enter the metaverse 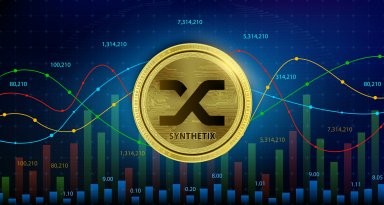